Lost in Los Angeles: A Stroll in Downtown LA

A couple of weeks ago, I headed over to Los Angeles because two of my close friends were getting married. And since we were already flying across the country, we figured that we might as well take a few days off, and see the sights in addition to attending the wedding. So that's what we did.

Upon seeing Los Angeles, I think I have a love-hate relationship with the city as well. Similar to New York City, there are aspects of the city that I liked, and there are aspects of the city that I didn't feel like it. The weather, for example, didn't sit well with me. I thought that there was too much sun, and somehow I liked the four seasons more. Anyway, we made use of the time we were there, and saw enough sites to keep us busy for a week.

We started by heading downtown. Our flight arrived a little before lunch time in Los Angeles, so after picking up the rental car, we drove to the hotel, dropped off our bags, and then took the Metro to go back to downtown. We just walked, and visited several neighborhoods of the city. Our first stop was Union Station, where the Metro took us. 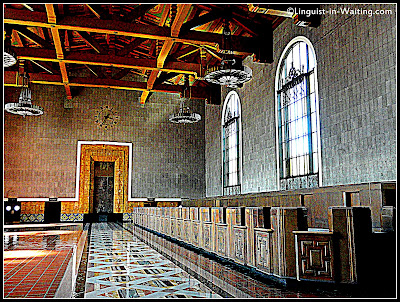 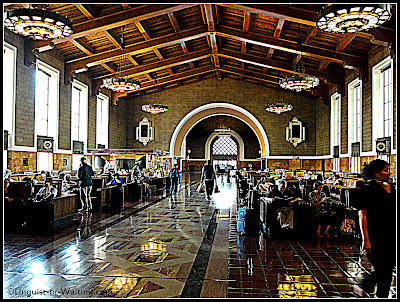 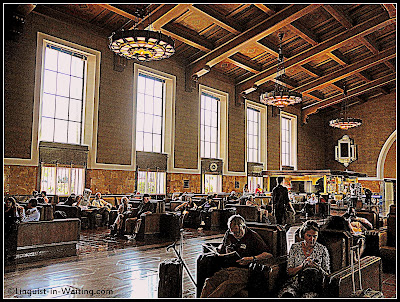 This station opened in 1939, and is listed in the National Register for Historic Places. That's one of the things I didn't like about LA: there's plenty of places that are termed as "historic", and yet they were constructed in the 20th Century. For me, that's not historic enough. I mean, sure, places that are relevant but are built in the 20th Century should be preserved, but I feel like it is a little too soon to affix that word to it. 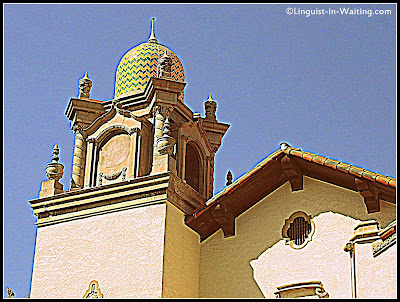 Next, we crossed the street and checked out Old Town Los Angeles. Mostly, this is a small part of the city that has a lot of Mexican charcuterie. There are plenty of booths that sell Mexican souvenirs here. The picture above is of a church I found there. Another thing that somehow didn't sit well with me was that all the souvenirs looked like they are souvenirs I would find in Mexico. I mean, when I was browsing the booths, I thought I have seen the exact same thing when I was in Mexico City, or Guatemala, or Chile. Later on, I realized that Los Angeles is the third largest city with a Mexican population. No wonder it felt like a Mexican exclave. I have nothing against Mexicans, but I guess the misconception fueled the love-hate relationship. If I went in knowing that Los Angeles is that significant with respect to Mexican history, then perhaps my expectations would be different coming in, and I wouldn't experience too much cognitive dissonance. 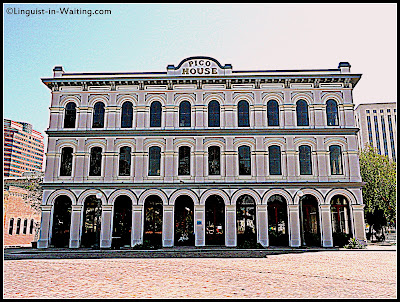 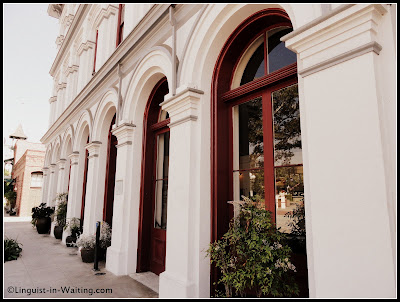 While in the same area, we stumbled upon the Pico House. It is another historic building, which now serves as an art gallery. 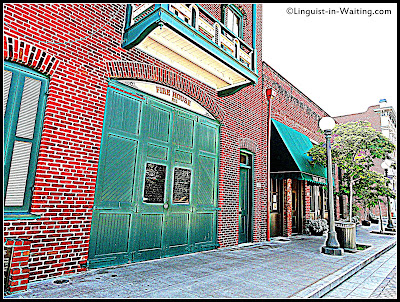 I liked this cute little alley. 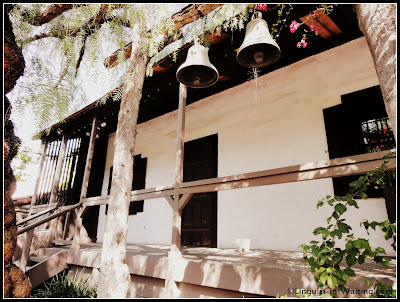 This is Avila Adobe, the oldest standing residence in Los Angeles. It was built in 1818. Unfortunately, it was closed when we were there. 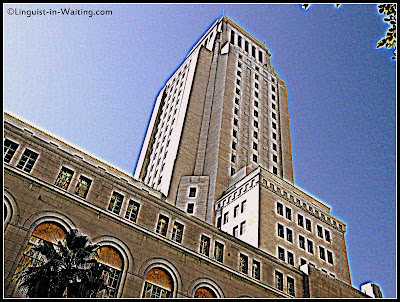 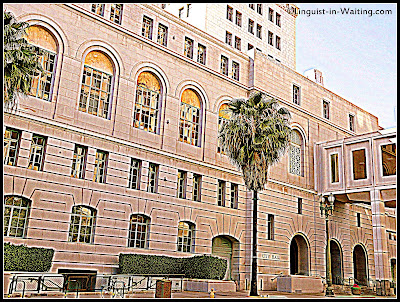 Then we found the Los Angeles City Hall. If not for the security and metal detectors, we would have climbed to the top to see the views. But instead, we opted not to and continued our walk. 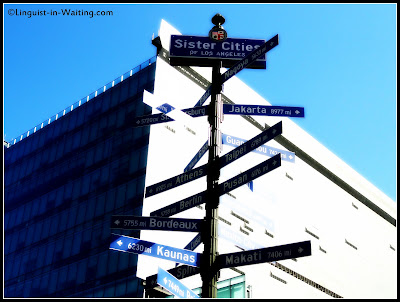 I found this sign post, showing how far the different sister cities are from Los Angeles. I didn't realize that there is a Philippine city that has a sister city relationship with LA.

So that was our first day. I didn't like it too much. However, that is about to change, since we have a rental car, and so we were able to go to other places around town. Stay tuned for the rest of this travelogue series!