There were several events in the June in Buffalo festival, but I've only attended two of them. This is the second event, which is a performance of the Buffalo Philharmonic Orchestra, performing four pieces written by composers of the modern day, under the baton of JoAnn Falletta.

The great thing about this event was that all the composers were present, and they were there to give explanations about the piece, what it is about, what the background is, and so forth. In short, I definitely enjoyed myself.

The first piece they played was Incendio by David Felder. It apparently is a repurposed piece: originally written for chorale, it is now a piece for the brass section of the orchestra. Hence, the orchestra started with just the brass section on stage, and everyone else were not there. It was interesting, although I should say I loved the other pieces more.

The second was Cross-Currents by Fred Lerdahl. It was a very eclectic piece. As the title alludes to, there are several elements to this seemingly-distraught piece. There are many different motifs that at first, seems to be totally unrelated to the others, but overall, it forms a coherent whole.

The third piece was Jeu de Timbres by Steven Stucky. This apparently was a French-music-inspired piece. And sure enough, there are plenty of similarities with the music of Debussy and Ravel. As the title says, it's a play of sounds. It's this constantly evolving soundscape that was simply pleasurable to listen to.

After the short intermission, the final piece is the one I liked the most. This is Robert Beaser's Guitar Concerto, with Eliot Fisk as the solo guitarist. My, it was quite amazing watching a virtuoso perform, and I was just 4 rows away. The music, although modern in sound, was written more or less traditionally. There were three movements, and both the first and third movements featured cadenzas showcasing how good Eliot Fisk is as a guitarist. Wow, just watching his hands move was amazing.

So yes, June in Buffalo was an enjoyable event. I am glad I was still in Buffalo to finally catch it. 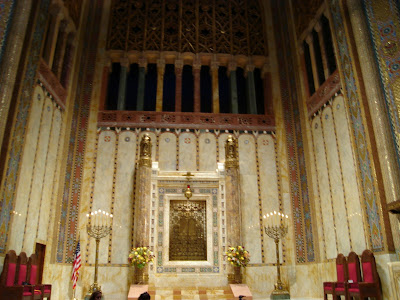