On the Purported Infallibility of Religion

Recently, I have gotten several comments from various individuals around the world about my review of the Qur'an. In addition to posting it here in my blog, I also posted in another social media site, in Goodreads.com. This is actually where I receive most of the comments.

And I have to say, I find the comments interesting. It always makes me think. It makes me challenge my own beliefs, and so it gives me an opportunity to update my views, if necessary.

The thing I find appalling is that while most people would consider themselves rational, they usually stop asking questions when it comes to religion. We ask questions all the time regarding the world around us, we ask why the sun rises and sets where it does, we ask why gravity is the way it is, but most people don't ask why they take the Bible or the Qur'an as true, no questions asked.

A few other interesting topics that came up from the comments recently involve pre-emption. One commenter told me that the Qur'an already pre-empted that people will ask "If God created the universe, then who created God?" So what? Just because a book "prophesied" an event, doesn't mean that it is the word of God, assuming that God exists. Heck, almanacs are good at this. All it takes is to find statistically reliable patterns and extrapolate into the future. And even if the question "Who created God?" is pre-empted by the Qur'an, it is still an unanswered question.

Most recently, a commenter told me that the Qur'an is very aligned with scientific discoveries, which is then proof that it is indeed the word of God. But, sad to say, modern science is still constantly changing. Humans find discoveries every day. The Qur'an and the Bible have been frozen. Just because these two "holy" books have passages of vague scientific import doesn't mean that these are written by a holy deity worth worshipping. Science is not ambiguous: science is the endless cycle of discovery, rebuttal, and debunking. There is a good way to confirm or disconfirm science, as evidenced by the Piltdown Man and Marc Hauser. Religion isn't like that. Just look at all the wars fought in the name of religion, when all these people disagree on interpretations, as religion, after all, is soaked with ambiguity.

One commenter told me that I was already biased. This was in response to my argument saying religion is ambiguous, with deadly consequences. Yes, I am biased. Yes, I feel safer in science than in religion. And here's why.

As humans, we are faced with many phenomena around us that need explanation. A tree grows. Dead flesh decomposes. For the most part, we know why things happen. We have knowledge of cause and effect. However, sometimes, there are questions that do not have immediate apparent answers. For some people, they feel the need to attribute these incredible phenomena to an incredible cause, that is, God. I don't.

Why do people die? Why are people suffering? For most people, the answers to these questions involve some notion of a supreme deity. Why do babies die? Because God needs an extra angel in heaven. Why am I suffering right now? Well, don't worry, because a better life is waiting for you after you die. Religion is just a defense mechanism. Religion is created by humans to cope with life. Life is more bearable if it sucks right now, but one knows that there is a better one waiting after death.

I'd rather not believe in religion. I'd rather not fool myself with the teachings of religion that are impossible to prove. At least, I can preserve my rational integrity. And at least, what I believe in doesn't result in the death of all the innocent beings that were killed (and still are) by wars in the name of religion.

I'd rather live and let live. Instead of thinking that I am correct, and shoving that dogma into other people's throats. 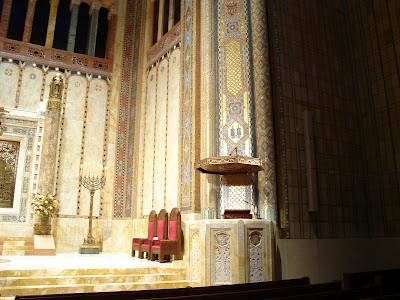