What It Feels To Be Wanted

It's been an interesting week. I've just got word about my future, and it seems I have an idea where I will be after I graduate. However, just so as not to jinx it, I won't make it public until I have everything in writing, and secure.

That being said, if things go well, then my days here in Buffalo are numbered. I'll be moving out, so to speak. And somehow, I am quite excited, albeit with mixed feelings. Let me explain.

During my first year in graduate school, I was a teaching assistant for Jeri Jaeger, who has been a wonderful teacher for me. Her research interests may not intersect with mine, which meant that I didn't have a chance to work with her research-wise, but regardless, I took two classes from her, in addition to being her TA during my very first semester. She told me one thing, which I remembered recently, as it was quite appropriate in my case.

She told me that when one is about to graduate, and one gets a job, sometimes, one feels like an impostor. Yes folks, I got a job offer. And I am accepting it. After the initial excitement, several thoughts raced into my head. One of them was that I thought it was amazing that someone looked at my CV and wanted me. It's a good feeling to be wanted. The other, however, is this small but nagging feeling that I somehow fooled them. Like, can I really do what I told them I can do? Am I really competent enough to take that position? Depending on my mood, sometimes it feels like a tall order.

So I read about it. Apparently, there is such a thing as the impostor syndrome, and it is common among graduate students. So yeah, I just need to get over it. But sometimes, as much as I want a lifestyle upgrade and cease being a student, it's been so long, that sometimes I wonder whether all this is true. Sometimes, I pinch myself metaphorically and double-check.

But yes, there is good news. As soon as I get more information, and things get sure, I will give more details. But in the meantime, the problem of unknown destination is now solved, at least, for the moment. 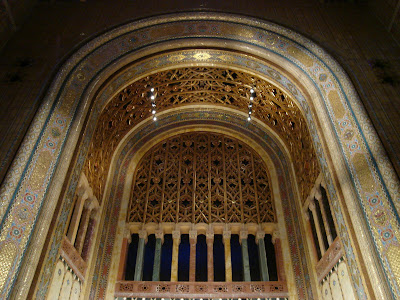