I find myself disturbed to read the news lately. There just have been plenty of news reports that make me think why there are people elected into office that act the way they do.

So, there's the debate in the Philippines about the Reproductive Health Bill. There's also the debate here in the USA about "legitimate rape" and abortion. Then, you also see countries like Iran that ban women from entering college.

Men in this planet should be ashamed of themselves. What if Aristophanes was right? What if women restrict sexual pleasure to these men and revolt? Would that be a solution?

The thing is, these men won't exist if not for the women who gave birth to them. They should remember that. They should remember that when deciding what they think is good for women and what they think isn't. I am sick of reading about these men who think they know everything there is to know about women's bodies, up to the point of legislating things, when they themselves have no idea what it is like to be raped, what it is like to be forcibly taken and have a throbbing penis stuck into their vaginas. 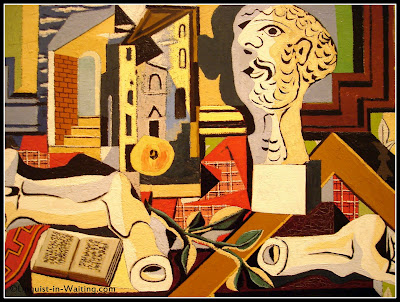 (Random Collection, from my Museum of Modern Art Series)