Berlin is famous for having been a divided city for the latter half of the twentieth century. There was this wall that was a literal division between two political ideologies. Now that this wall is now gone, most of its pieces are already demolished, but what is currently known as the East Side Gallery is perhaps the longest stretch of the preserved wall.

I went there one day, with my camera, and saw that now, it's a large outdoor canvas for street art. You might recognize some of the familiar pieces. 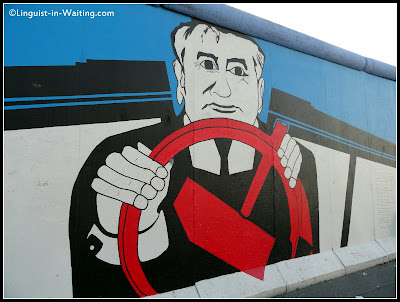 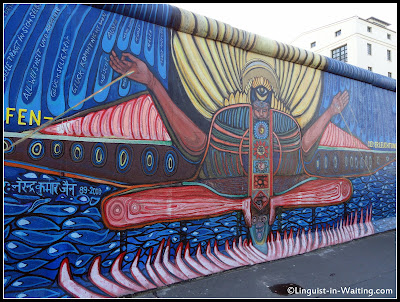 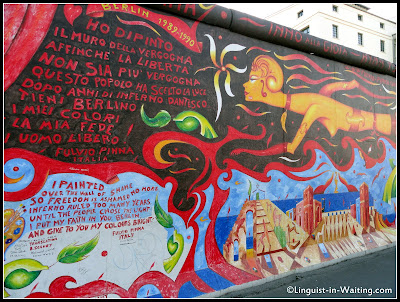 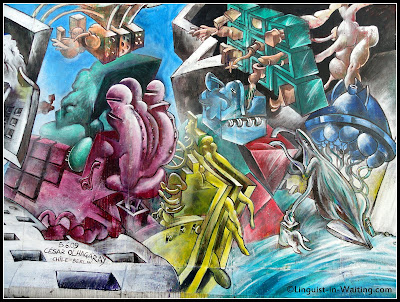 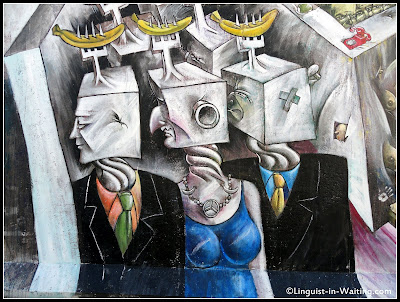 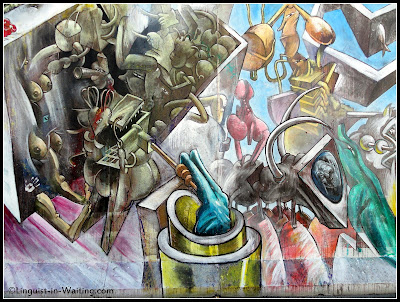 The last three pictures above are just weird. 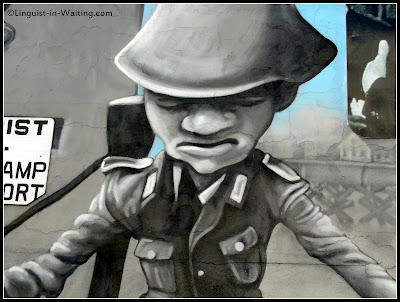 You might remember the famous picture of Hans Conrad Schumann, who was an East German soldier who jumped across the wall. 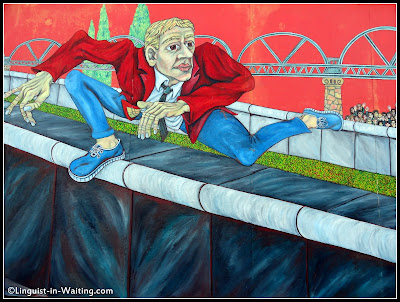 This one is a more stylish version. 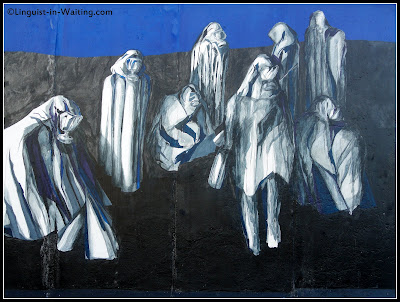 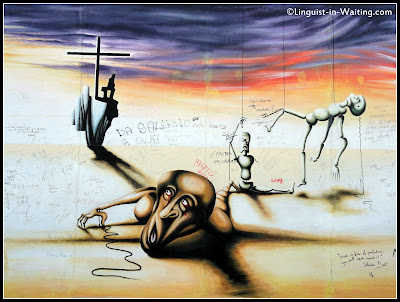 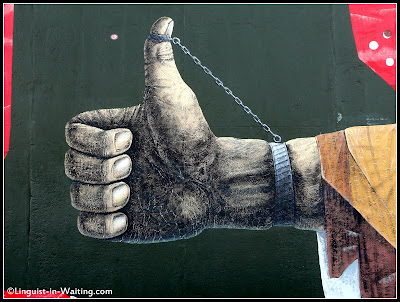 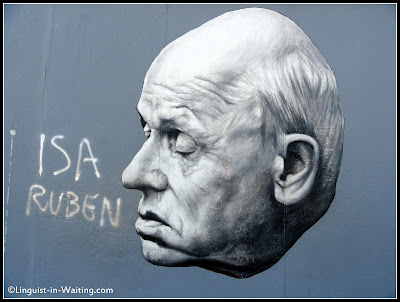 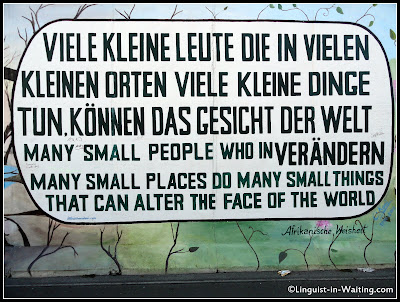 I liked this proverb. My German was good enough to parse and understand the original. 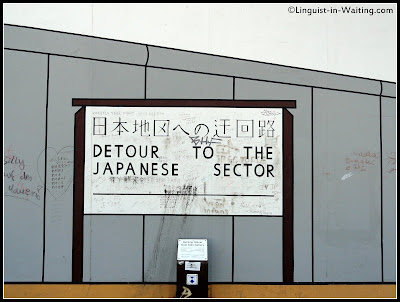 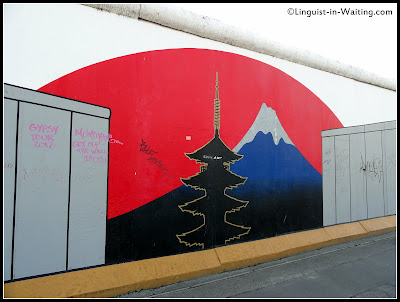 Look! There's a detour to the Japanese sector of the city! 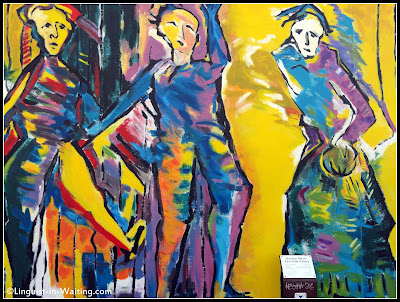 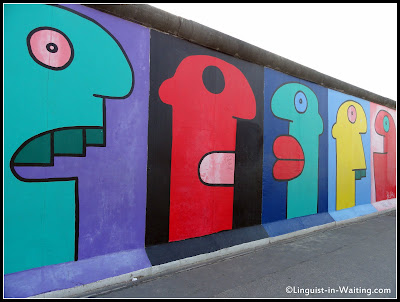 This final picture perhaps is one of the more famous pieces of artwork on the Berlin Wall, having been replicated on postcards and such.

So there, that was my adventure into the East Side Gallery. There are other sections of the wall that still survive, but this one is the longest.