I've always seen the pictures of the glass dome of the Parliament Building. Hence, I decided to visit it myself. I previously read that one has to make an appointment in order to get inside, however, one day, as I was walking beside it, I simply wandered into the entrance, asked the personnel how to get to the top of the building, and he simply pointed to me the security checkpoint, at which I just waltzed through, and a few minutes later, without an appointment, I was on my way to the top! 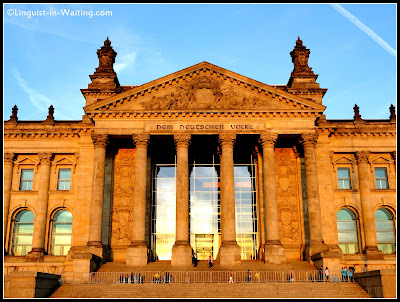 This is the front view. The Parliament Building was constructed to house the Parliament of the German Empire. It then fell into disuse later on, but after Reunification, it is again the meeting place of the current German Parliament. 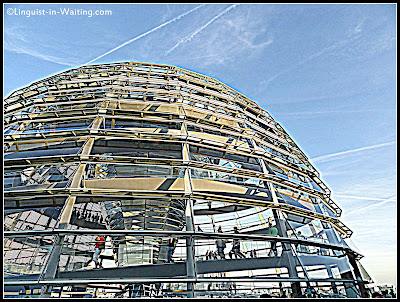 After going through a series of hallways and corridors, one gets to the rooftop terrace. And this is what one sees. A glass dome, large enough to have spiral walkways inside for people to go up and down on. 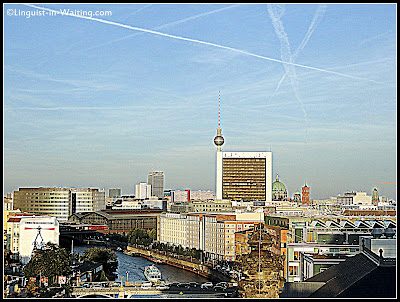 The views of the city from the terrace are amazing. I think I found my favorite view of Berlin, at least for now. 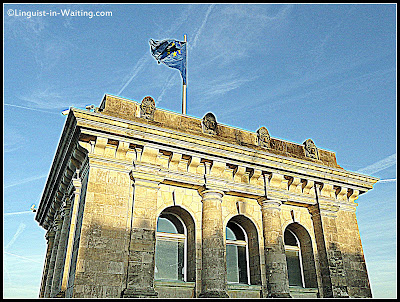 There are four pillars on each corner of the building. Three of these pillars fly the German flag, while one flies the flag of the European Union. 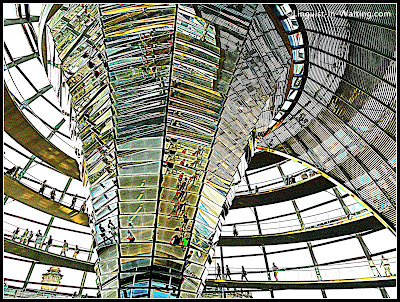 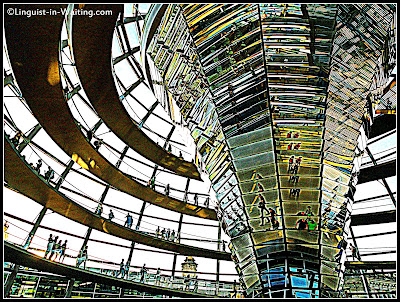 Inside, it's just a glass visual cacophony. I think I like it. 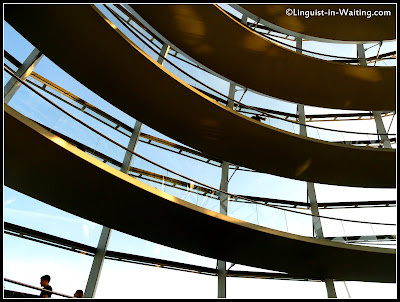 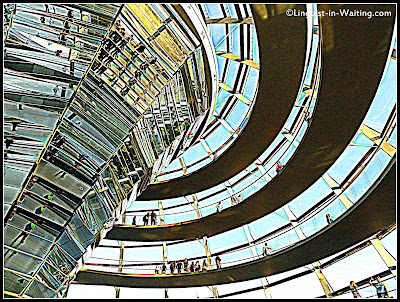 You go up and up, until you reach the top. 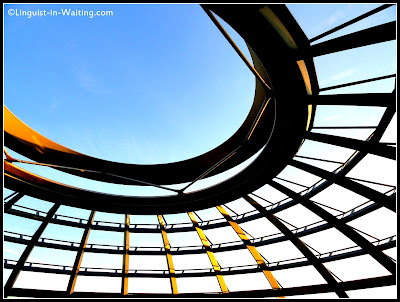 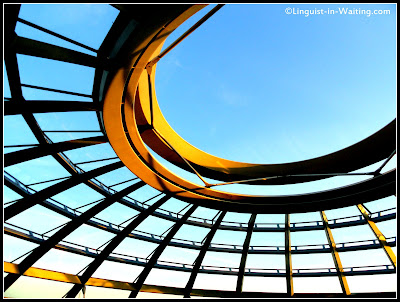 And when you get to the top, it is bizarre, this open-area circular room with a hole at the top. I wonder what happens when it is raining.

Anyway, I watched the sunset here, it was rather spectacular.