I don't seem to have much luck with respect to passports. They always break and get destroyed even before they expire, at least in my case. It happened to me once, and it happened to me again.

Back in 2006, I was in New York City, because I needed to apply for a Czech visa for the upcoming summer. I brought my then 2-year-old passport (Philippine passports are valid for 5 years) to the Czech consulate to apply. While the passport was at the hands of the consul, my picture jumped out of the passport; the lamination was not secure enough, that immediately, my passport became null and void.

At that time, the Philippines wasn't issuing machine-readable passports yet, so all I need to do was go to the Philippine Consulate and apply for a new passport, which they were able to give me right there and then. It was valid from 2006, until early 2011. And because I needed to travel in early 2011, I went ahead and applied for another passport, in late 2010.

This time, however, Filipinos are now issued machine-readable biometric passports, so it takes 4-6 weeks before one can get a new one. And yes, my current 2-year-old passport which I received in 2010 is an e-passport. As I moved to Germany recently, I had to show my passport to so many people, from the bank, to the tax office, even in order to get Internet service.

However, there was a problem. The passport cover got detached from the rest of the booklet. So the passport pages are now without a cover, and I would have loved to just used superglue, except that that is tantamount to tampering the passport.

So I immediately went to the Philippine Embassy here, and applied for a new one. It will take 4-6 weeks before I can get it, but at least it is still ahead of my appointment for my residence permit, when I would need to show a valid passport.

So, what does this all mean? That means I cannot travel out of the country for the moment. I guess that's not too bad of a thing, after all, there's still plenty to discover here in Germany alone. 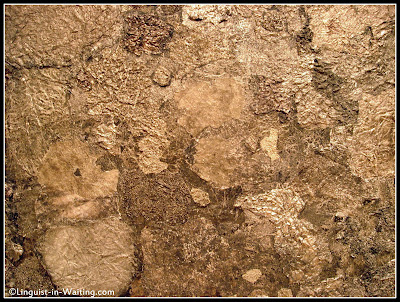 (Abstract Art, from my Museum of Modern Art Series)