A Culture of Smoke

One of the things I do not like here in Germany is that there seems to be more people who smoke than when I was in the United States. Somehow, it is not only an addiction, but also a social thing. You go to the offices in Mitte and find the entrances to the buildings, and you see folks who congregate, smoking. They do it before they begin work, during breaks, and before they head home.

See, I never saw the allure of smoking. I've seen enough medical proof that smoking kills. But perhaps the chemicals are just so addictive, that people still do it.

True to form as a scientist, I actually tried smoking once. I once had an opportunity when I was hanging out with someone who was a smoker. I think this was almost a year ago, December of 2011. My curiosity and sense of experimentation kicked in, that I asked for a demo. I was actually quite methodical in the whole process; I made sure that I knew the sequence of breathing one has to do, in order to smoke.

So I smoked a cigarette. And I didn't get it.

I was like, where exactly does it supposed to feel nice? Now? Or, now? People like this? It was a bland sensation. It felt like my lungs got aerated, like a cool wind passed by. So bizarre. I didn't get why people get addicted to it.

Anyway, so now I know. And I am still convinced that smoking is not for me. And I find it pathetic that people are actually addicted to this, spending lots of money just to sustain it. Here, I find so many people actually into the habit, they don't buy the usual cigarettes, instead, people are fond of the type where you roll your own joint. I see them in the underground, they have the tobacco bag, the flimsy paper, and the filter. They take some tobacco, spread it on the paper, roll the paper back and forth, and once they've determined that it was rolled enough, they plug the filter, lick the paper, and roll it and seal it. Then they put it on their ear.

Looks cool, but it's actually deadly. And what annoys me is that there seems to be more people here embracing this habit, than those who don't, so the no smoking ordinances on public spaces aren't really enforced. Metro stations are supposed to be smoke-free, but that's only in theory. And the thing I just don't like is when its smell wafts into my nostrils. 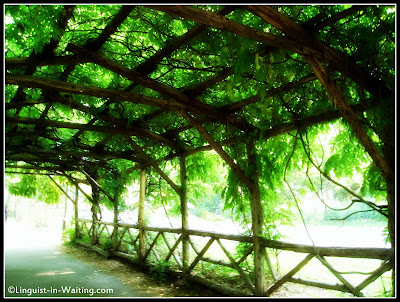