Back in October, I was able to experience Berlin's annual Festival of Lights. This is a festival that lasts for almost two weeks, where almost every major landmark in Berlin is lit up. The city thus becomes a whole light show for everyone to observe.

During the opening night, I went to Potsdamer Platz, where the opening ceremony was held. I was there a few minutes before 8 PM, and I even caught a glimpse of Berlin's mayor, Klaus Wowereit, giving a speech. After his speech, there was a tenor who performed Puccini's "Nessun Dorma", which I thought was appropriate, given that that piece was about someone not wanting anyone else to sleep.

So, after the countdown, they lit the place up. Potsdamer Platz is just one of the places they have lights on. 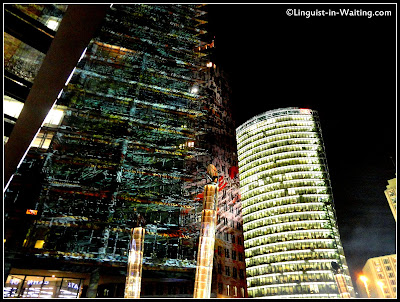 Unfortunately, my camera wasn't too good in capturing these night shots. I didn't have a tripod, for example, so it was hard to capture long exposures which would be perfect for these conditions. 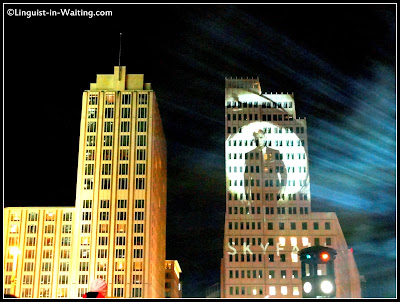 I saw Daniel Craig! Or rather, James Bond! 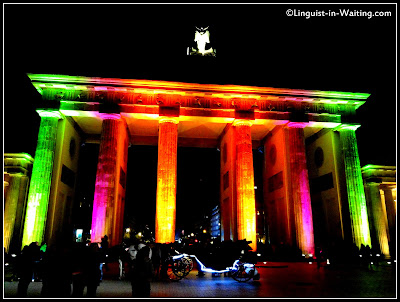 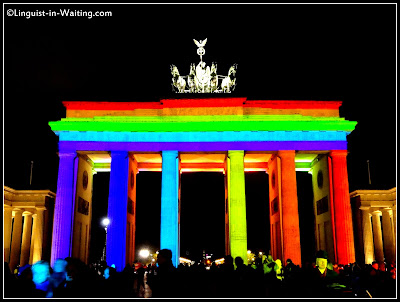 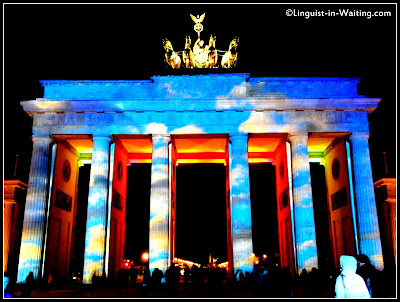 After spending a few moments in Potsdamer Platz, I headed over to Brandenburger Tor. Of course, the famous gate is lit up. In many different colors. 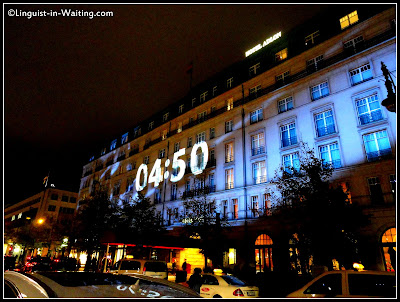 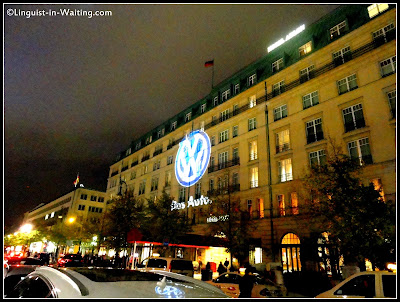 The famous Hotel Adlon Kempinski was also lit up. In case you don't know, this is the hotel where Michael Jackson's famous baby-dangling incident happened. 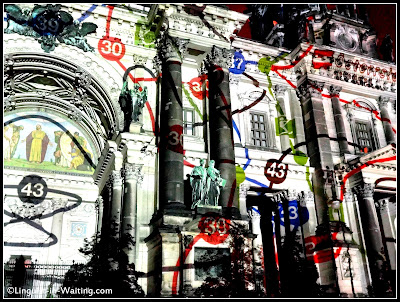 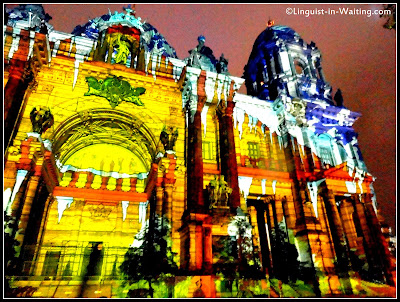 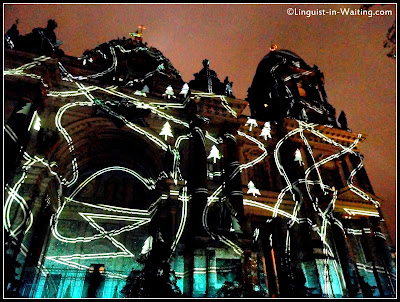 Then, I walked east along Unter den Linden, until I reached Berliner Dom. It is also lit up, and so I stayed for a bit and took a little bit of photos.

There were other places around the city that were lit up, but as it turned out, it started to rain during that night, so I went home after spending a couple of hours in Mitte.

In case you are interested, the Festival of Lights is still happening next year, again in October, so there's another chance to see it in case you're interested.