A couple of months ago, I had a little bit of free time during a Monday afternoon. As I already finished everything I needed to do at work, I decided to leave early, but before heading home, I headed to the Deutsche Guggenheim, a small museum close to where I work. They happen to be free admission on Mondays. So I went, and found Gabriel Orozco's exhibition.

Gabriel Orozco is a Mexican artist that is known for traveling a lot. He is perhaps best known for slicing a Citroen DS in three pieces, removing the middle part, and gluing the remaining two pieces, creating a car that looks like an arrow. Anyway, his exhibition in the Deutsche Guggenheim was about the beach. It was an exhibition of all the things that he collected while visiting several different beaches around the world. 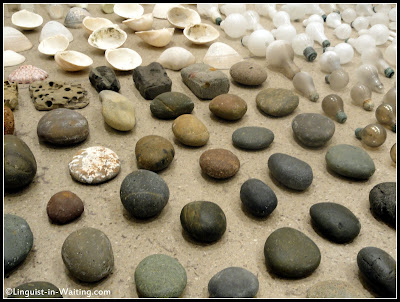 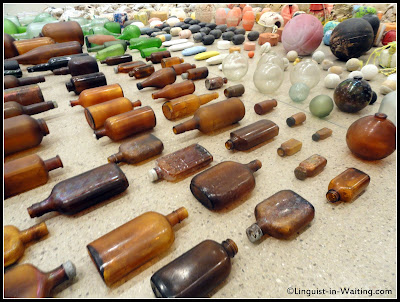 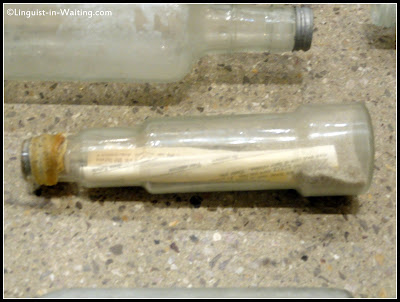 There's also bottles, some even have messages inside them. 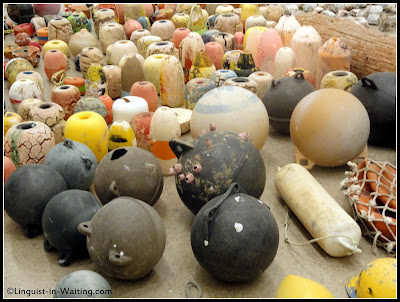 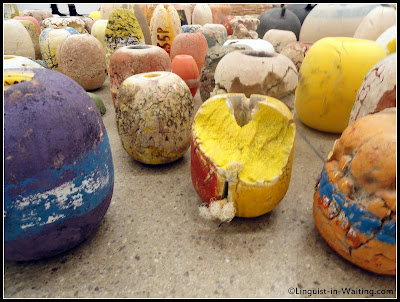 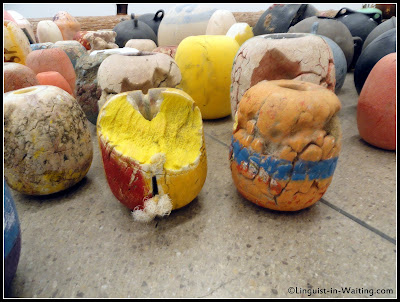 There's buoys and other flotation devices. 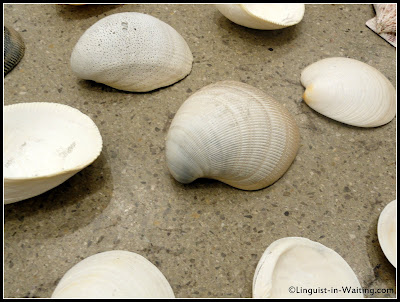 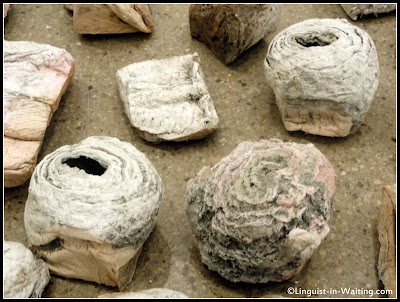 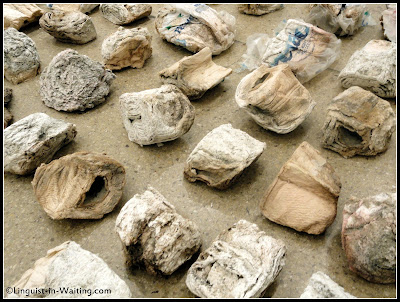 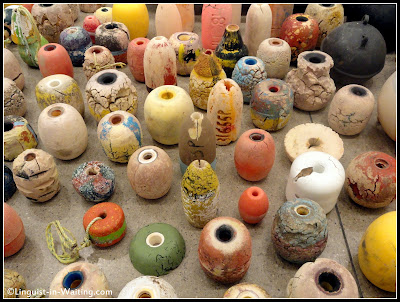 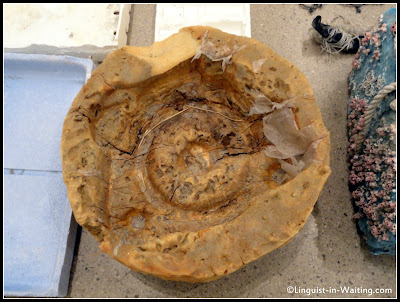 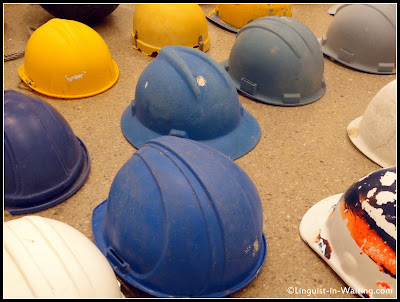 As you can see, all of these objects were meticulously arranged in the museum. There were just so many things and objects that individually, they are bland, mundane, and not a work of art, but I guess it takes an artist to see that and transform it into something that can be seen as beautiful and has aesthetic value.