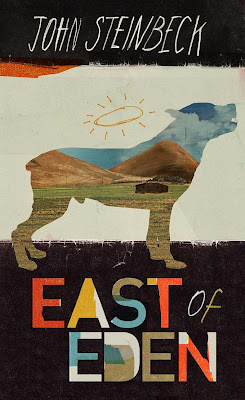 It seems that I have been picking up the habit of reading thick and long books lately. For my latest, I have just finished reading John Steinbeck's East of Eden, published in 1952. This book details the intricate lives of the Hamiltons and the Trasks, and somehow their characters parallel the Biblical story of Cain and Abel.

The story is set in California, in the Salinas Valley. The main story is set from the beginning of the 20th century up to the end of World War I; however, there are flashbacks that go all the way back to the American Civil War, as well as narratives that are set in the Eastern United States.

The main anchoring character is perhaps Adam Trask. Through a long flashback, his family history is given, from the time of his father. He also has a brother, Charles. As one can guess, the relationship between Adam and Charles mirrors the Biblical allegory of Cain and Abel.

Parallel to Adam is the story of Cathy Ames, the main antagonist of the story. Cathy is the epitome of evil in this book, and while Adam falls in love with her, she doesn't. They end up having two kids, Aron and Caleb, whose lives again parallel the Biblical account of Cain and Abel. I should say that there are plenty of parallelisms with the story of Eden, and even the names are strikingly reminiscent of the battle between good and evil.

I am not going to provide a full synopsis of this book, as the storyline is rather long and winding. However, I should say that this book should be viewed more as a story about human's struggle between good and evil, and not just a simple narrative about the characters that are involved. In fact, everyone has issue with being good and being bad. Guilt is a huge plot device in this novel.

For example, we see Caleb Trask, wanting to be good, and yet is constantly wrestling with the thought that he is jealous of his brother, and that he caused his brother's death and his father's stroke. We don't see Caleb doing anything morally wrong, per se, yet he is bugged by his conscience and wonder that it may be because he has a sinful mother, which might cause his bad behavior.

On the other hand, we also see Aron Trask, who has an obsession with purity. He is the good kid, but he pummels himself to be good. He first tries the way to the priesthood, and then he enlists as a soldier and dies. As I see it, he is obsessed with masochism, doing things to himself, just so that he can say that he has done some sacrifice and is worth living in this planet.

At first, I thought I didn't like this book. However, it gradually grew on me. I think this book is actually anti-religious, in the sense that it paints a picture of how religion can mess up people's lives. Guilt is prominent in the book, as well as the notion of inherited sin. People worry about their ability to be good or bad, as a factor of having a mother who is a whore. Caleb Trask has always wrestled with the thought that since his mother is Cathy Ames, the most successful whore in town, then he might have bad desires and inclinations as well. I wonder, maybe they don't know the notion of free will yet. Personally, I find this notion very similar to the Christian notion of Adamic sin, which states that since Adam has sinned, then every offspring has also sinned. It is such a wonderful guilt-inducing device, if you ask me.

I think this book wonderfully illustrates the absurdity of religion. Using reductio ad absurdum, Steinbeck pictures a rather dystopian and pathetic society, as a result of religious tenets such as guilt and inherited sin. I would not want to be in the Salinas Valley and live in that era. I am fortunate that that indeed is not the case. It is a rather long book, more than 700 pages long, but it is indeed a magnum opus, and worth reading. I give it 5 out of 5 stars. 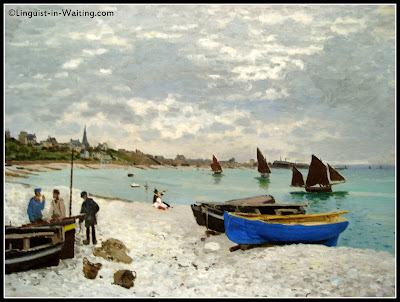 (Beach, from my Art Institute of Chicago Series)