A couple of weeks ago, I attended a piano recital by Evgenia Rubinova. I haven't been to a music event in a long time, so it was great to find a recital whose program I liked. As it turns out, the program heavily featured the music of Sergey Prokofiev, one of my favorite composers.

The recital was held in the Spiegelsaal (Mirror Hall) of Clärchens Ballhaus. The recital started at 7 PM, but the doors opened an hour earlier. The tickets cost 10 EUR, and I was able to get a seat I liked.

Rubinova opened with three pieces originally composed by Franz Schubert, but transcribed for piano by Franz Liszt. Included in this collection was the Erlkönig, and she just nailed those octave triplets perfectly. Her hands don't look too big, but it sounded like her bones were made of steel.

That was more obvious when she moved to the Prokofiev part of the program. She played Piano Sonata No. 4, Op. 29. I think she was born to play Prokofiev's music, as his piano music is known to have a percussive style. After the Romantics waned down, piano music took a turn, in two ways. It either became Impressionist, like Debussy's, or percussive, like Prokofiev.

After the intermission, she continued with Sarcams, Op. 17. The five pieces contained in this work were all done perfectly. The same can be said with the Ten Pieces for Piano, Op. 12.

Overall, I am glad I attended this recital. It's been a while since I have attended a music event, and so I had a great time. 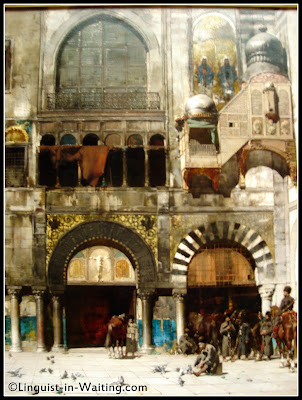 (Arches, from my Art Institute of Chicago Series)