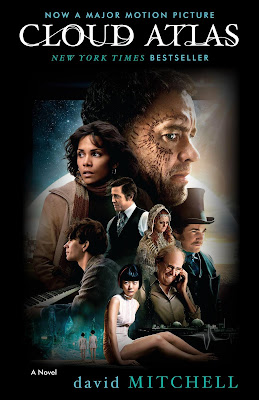 A few weeks ago, I had the opportunity to watch the film Cloud Atlas, directed by Tom Tykwer (of Perfume and Run Lola Run) and The Wachowskis. I previously read the book, and so I had high expectations for this film. So, after three hours of watching, my mind was completely blown away, and I was glad to have paid 8 EUR for a seat in CineStar in Potsdamer Platz.

As with my reaction to the book, I have a love-hate relationship with it. I love the film because it is mentally taxing to the viewer (but in different ways from the book), but I also hate it because of its message of universal connectivity. It seems to suggest that reincarnation is a plausible concept. And that is something I do not believe. I do believe that my actions can affect others in a domino- and ripple-effect fashion, yet I do not believe that souls can cross generations and space-time and be rebirthed again in a different spatio-temporal location.

Anyway, I have already commented on the content of the book in my book review, so I won't repeat it here.

I have to say that I am glad that I was able to read the book before watching the film. The book was so packed with information, that I find myself a little bit disappointed when I noticed that they cut a few side-elements of the book. For example, they didn't even show Vivian Ayres' daughter, nor Ms. Li and the bank explosion, or the university in Neo Seoul. That being said, I understand that there is just too many contents that shrinking it into 3 hours is hard enough.

I should say something about the way the six stories are woven in the film. In the book, the reader has to keep track of all six, but serially. One story begins, is interrupted, and the next one begins, is interrupted, and so on. In the film, all six stories begin and get interrupted all at once. Perhaps I think it is more mentally taxing this way, but then again, I read the book so I know what's going to happen next.

Anyway, I still love the film. It was long and satisfying, and I am glad I got a chance to read the book first before watching it. The film made me think, and it was the basis of many a dinner conversation for me at least. Highly recommended. 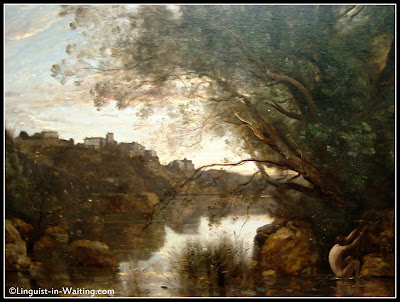 (Naked Bather, from my Art Institute of Chicago Series)