A few months ago, in autumn, I had to head to Göttingen to give a talk at a conference organized by the university. So I took the train, and rode the InterCity-Express, from Berlin Hauptbahnhof to Göttingen Hauptbahnhof. After 2 and a half hours, I was there.

I immediately found my hotel, and after putting down my stuff, I took out my camera and started walking. Göttingen happens to be like other German small towns that have a nice quaint and pretty Old Town. That was my destination. 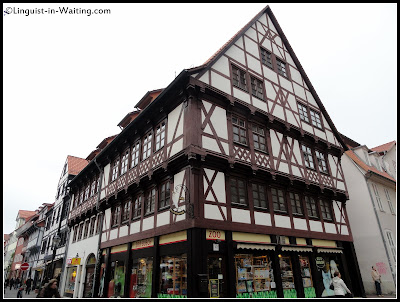 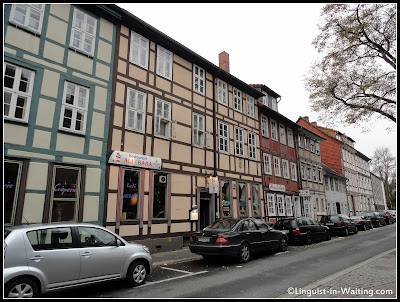 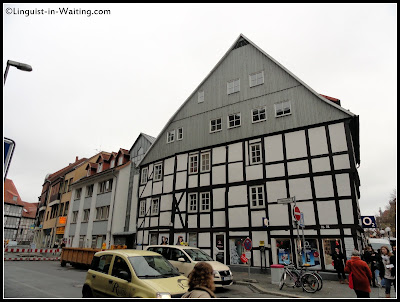 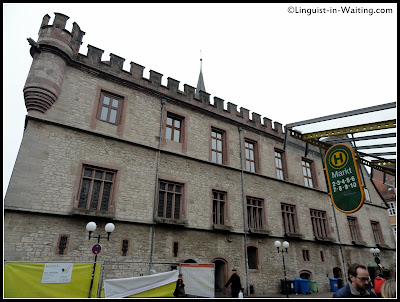 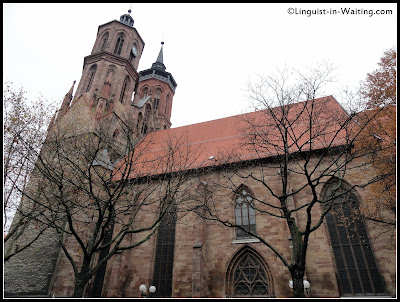 As you can see, the houses and other buildings feature the typical wood-framed design. I have seen this in other Old Towns in Germany before, such as in Tübingen and Ulm. 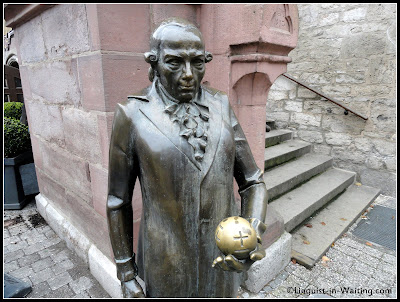 This statue stands in front of the old Rathaus. As you can see, the orb he is holding has been touched by so many people that it is actually shiny. 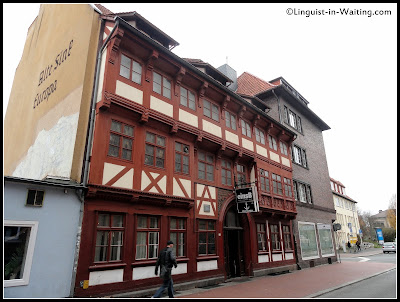 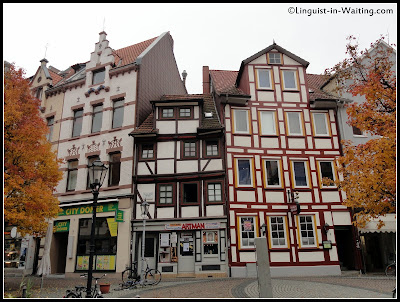 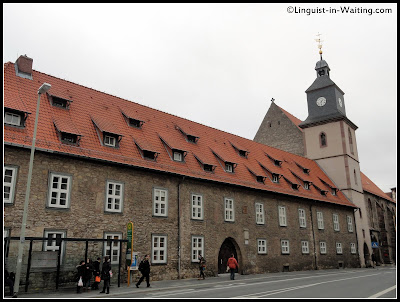 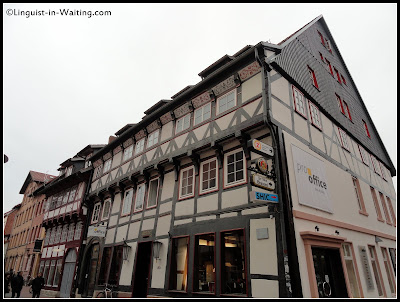 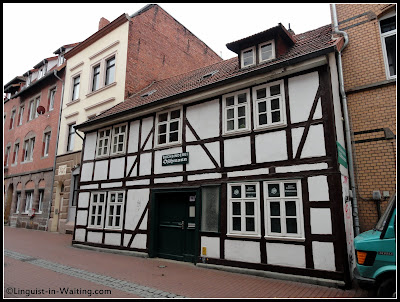 There are plenty of other buildings. I think this is the largest Old Town in Germany that I have visited. 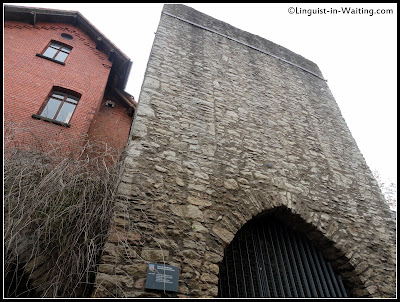 This is part of the original city wall. 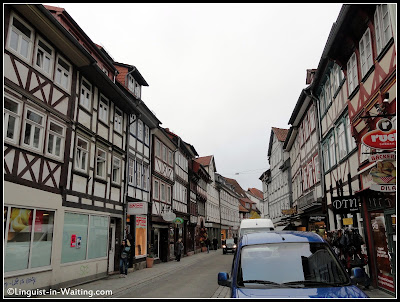 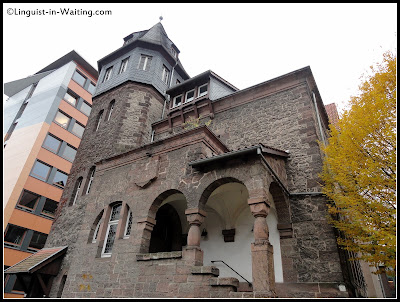 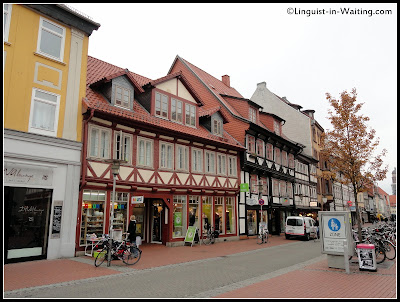 I was heading south, since the university was there, but still, there were plenty of these old buildings. Nowadays, the ground floor has shops and people can have a blast doing their shopping. Although given the fact that this is a student town, I wonder how these shops would be profitable, as students typically aren't the social spectrum that has the most money. 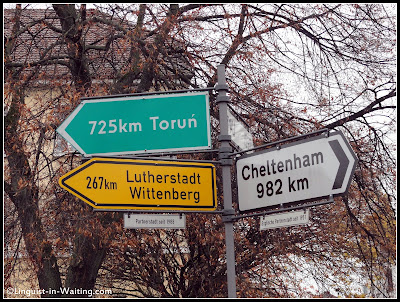 Finally, in front of the new Rathaus, I saw this pole, with directions to Göttingen's partner cities, and how far they are from here.