During autumn of last year, on one weekend, I have decided to join a tour of the old airport in the middle of Berlin. Now closed, the Berlin Tempelhof Airport is one of the more historically significant buildings in the city.

It is a very large building, and it is known for this half-circle design. There is a semi-circular building with an open roof extending out towards the tarmac. Hence, planes can park beneath the roof, and passengers can then disembark and walk into the terminal. 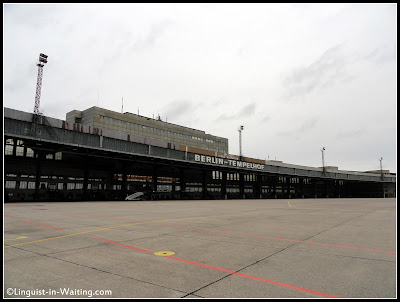 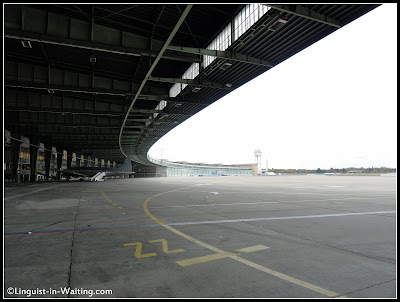 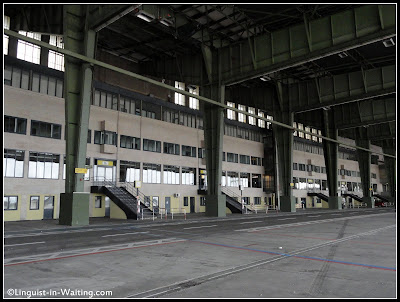 You can see that this is a very huge building. It doesn't fit in my camera. Another reason why this airport is famous is because this is the terminus of the Berlin Airlift, which was an operation in the middle of the Cold War, when East Germany shut off all land entrances to West Berlin. Hence, in order for West Berlin citizens to continue living, airplanes flew all day long in a long line, ferrying living essentials into the city. A sample of one of the planes used during that time is stored in the airport, seen in the photographs I have below. 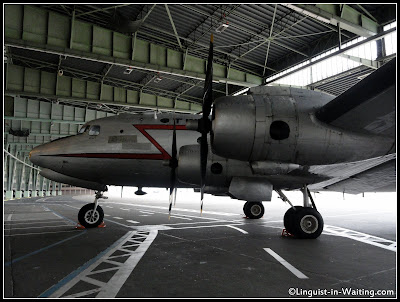 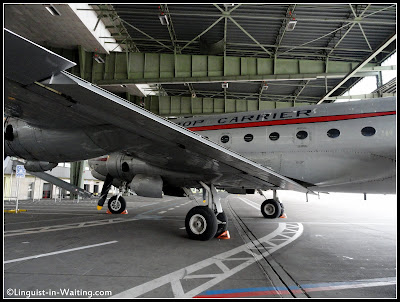 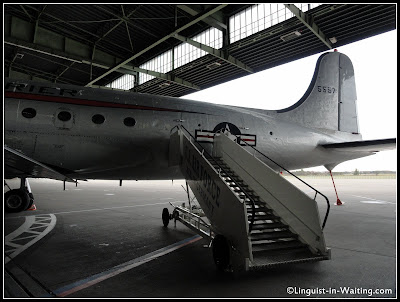 After spending some time in the tarmac, we also went inside, into the bowels of the building. We saw offices, we saw shops that are now closed, we saw bunkers, we saw gymnasiums. This is indeed a huge place, and it is a pity that this piece of architecture isn't being used anymore. 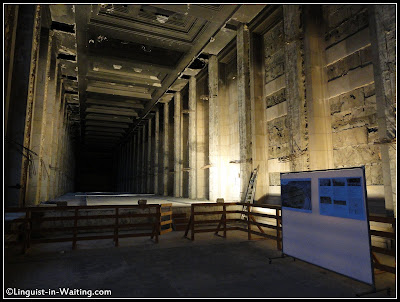 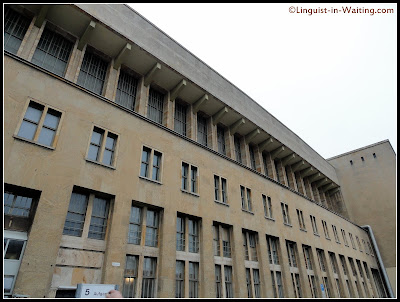 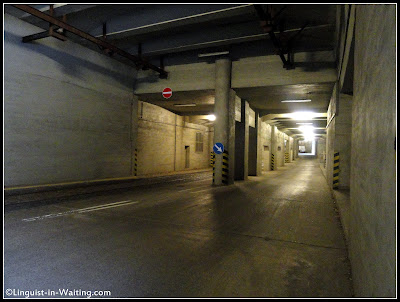 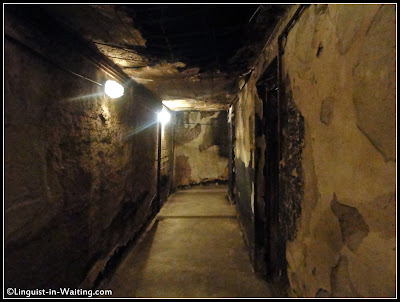 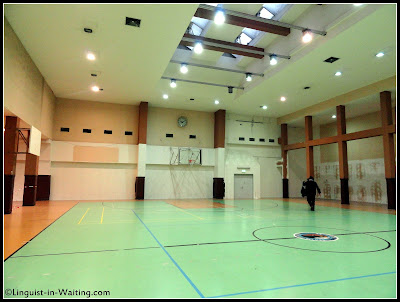 As you can see, this airport had many moving parts. Nowadays, it is not used as an airport anymore, but instead, it is an event venue. Concerts are held here, so as exhibitions and fairs. And yes, for architecture buffs, you can tour the place. 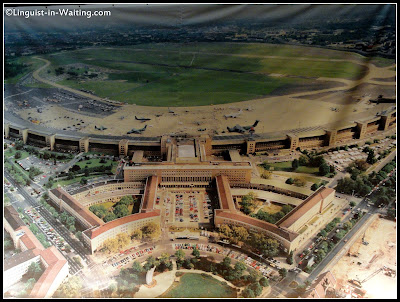 My last picture above shows a photograph of what Tempelhof looked like, when it was full of activity. It would have been a very convenient airport, as it is in the middle of the city, but people nowadays want peace and quiet, and so it would be very disturbing to the neighborhood immediately next to it. Now it is closed, and has a new life and purpose.