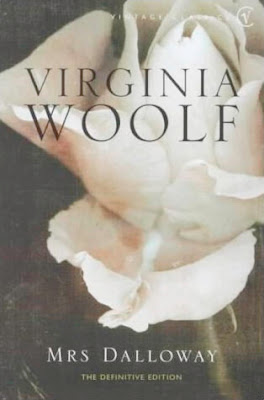 Only recently had I the chance to borrow and read this book. Considered one of the best novels produced in England in the early 20th century, I figured I should read this one of these days. And so when I got the chance, I did.

This novel narrates the happenings that surround the life of Clarissa Dalloway, a fifty-one-year-old London resident and member of high society. She is planning a dinner party later that night, and so in the morning, she goes out and buys flowers. Nothing much happens in the novel, as all the events take place within one day. Later on, several other characters are introduced, but the most striking feature of this novel is that most actions actually take place within the characters' heads. After all, this is a stream-of-consciousness novel. So, as the day moves forward, the flowers are bought, someone commits suicide by jumping out of a window, and the dinner party happens, but it is a disaster.

That's about it when it comes to the plot.

Now, did I like this novel? I have to be honest and say that I didn't. There was too many things going on in the characters' heads. I always felt like I was inside their brains, and their brains happen to be in overdrive. I mean, yes, we humans think a lot, there are plenty of associations that happen in our heads that result from stimuli we observe outside us, but did Virginia Woolf really need to write every single one of them for each character? Seriously! I mean, this might be an exercise in atypical narration, but since the emphasis is now on the mental state of each character, the story seems too heavy to move forward, as there are not many concrete events that happen in the novel.

Perhaps, if I pretended that this were not a novel, and instead a transcript of someone undergoing a session in psychoanalysis, then I would enjoy it better.

I also have something against the characters. There isn't anyone that I could sympathize easily. Clarissa Dalloway is so haughty and high-brow. And everyone else also seems to be not so radically different; everyone just puts up appearances that seems like they like the other people, that they are all friends, but deep inside, they all hate and envy each other. Everyone seems to be bitter and shallow. And neurotic, on top of that.

Some people have said that Virginia Woolf wrote this novel as a reaction to James Joyce's Ulysses, which is another stream-of-consciousness novel, with all events happening in just one day, in June 16, 1904. However, unlike Mrs Dalloway, I actually liked Ulysses. I liked the fact that Ulysses was modeled after Homer's work, yet it still is so utterly different. I liked all 816 pages of it, but somehow, the 213 pages of Mrs Dalloway was such a drag. Because every time I progress, I feel lost. I feel like every paragraph just made me more and more lost in some character's brain, whether it was Clarrisa Dalloway or some other character who was so high in steroids that his thought processes were going haywire.

So yes, after reading this, I have learned quite a few things about myself and my novel preferences. I still prefer plot-driven novels, even though I like to explore other styles and abhore the regular airport novel. There should be something that happens in the novel, as that provides structure, at least in my opinion, and if you don't have that, then reading every page would be a drag. English majors probably can write tomes and tomes of dissertations about Mrs Dalloway, but I just don't have the patience to do that myself. Whenever I read a novel, I want to be transported, and be part of the world where the events being narrated are unfolding. In Mrs Dalloway, I just got transported to several characters' murky bog of a brain. 2 out of 5 stars. 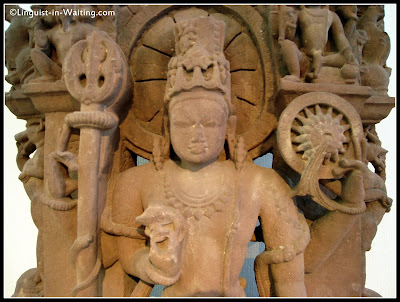 (Asian Statue, from my Art Institute of Chicago Series)