During the Christmas holidays, I was in Strasbourg, France. It was my first time in France, and somehow, I did the atypical by not visiting Paris. The closest I have been to Paris was when I connected through Charles de Gaulle International Airport back in 2008, flying from Budapest to Chicago. Anyway, I went to Strasbourg, and I visited the tall cathedral. 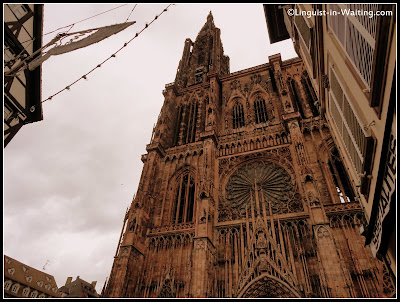 We approached it from the west, from the Rue Mercière. 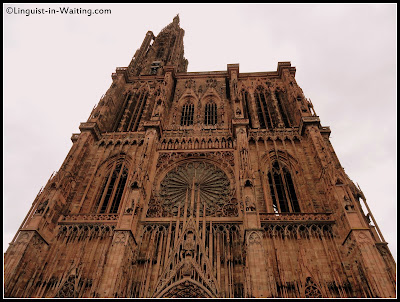 Here is a better view of the western facade. It is warm and pinkish in color due to the fact that it used the sandstone from the Vosges Mountains. And yes, it is tall. This happens to be the sixth tallest church in the world. The tallest church is in Germany, in the city of Ulm, which I also happen to have visited last year. 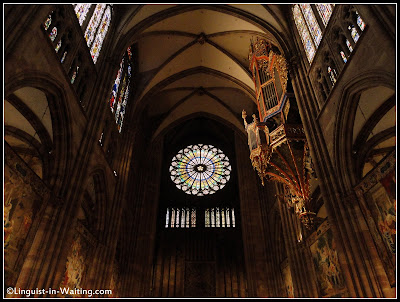 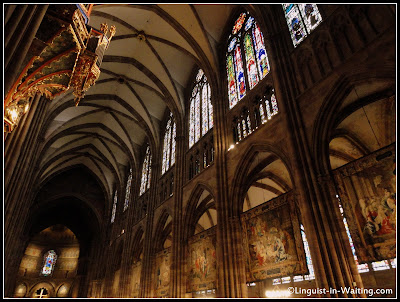 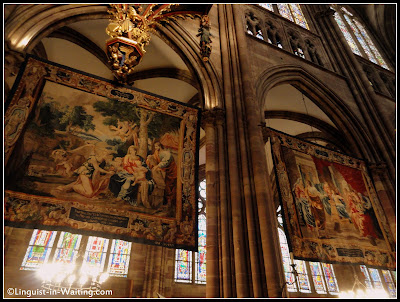 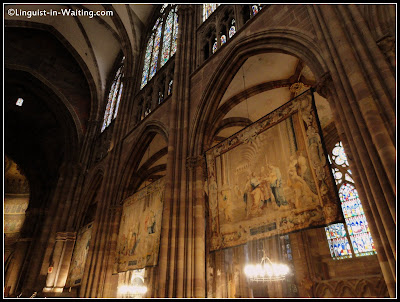 They have tapestries inside! This is perhaps one of the more crowded churches I have been to. The others I have visited are not that crowded. Not that I haven't been visiting high-profile churches before. In addition to Ulm, I also have been to the cathedrals in Berlin, Guatemala City, Santiago de Chile, Mexico City, Prague, Vienna, as well as countless other churches in smaller cities around the world. This church however, is the most crowded in my experience. 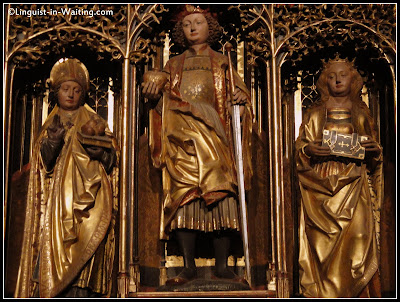 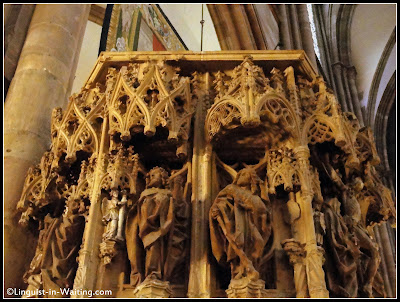 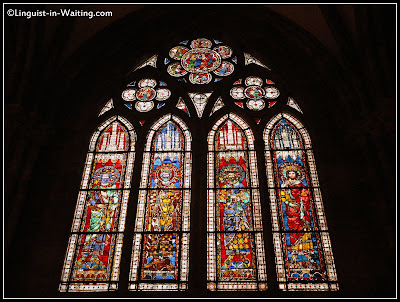 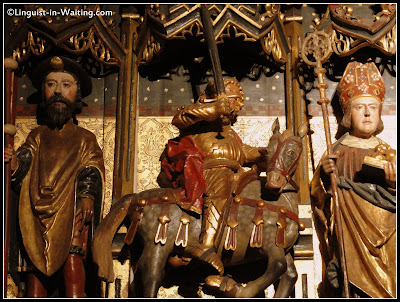 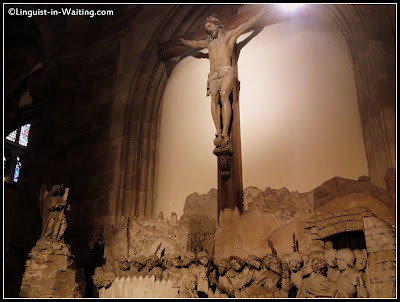 The five pictures I have above are just samples of the details of the intricate artwork that is found inside. Unfortunately, there was a big crowd so I couldn't loiter and hang out to get better photos. 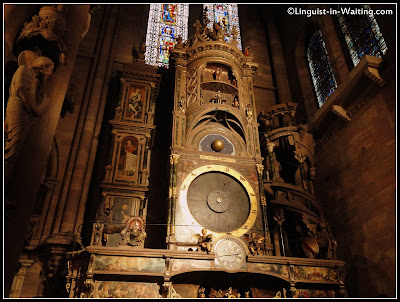 The Strasbourg Cathedral is also famous for the astronomical clock inside. It is found to the right of the altar, and plenty of people were gazing at it when we were there. Unfortunately, we missed the time when it actually moves. 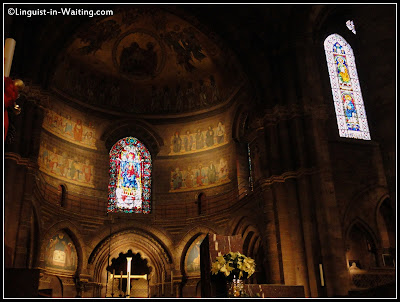 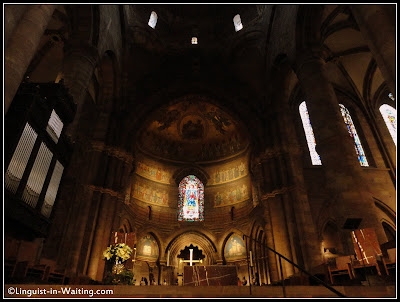 These are two shots of the cavernous altar. 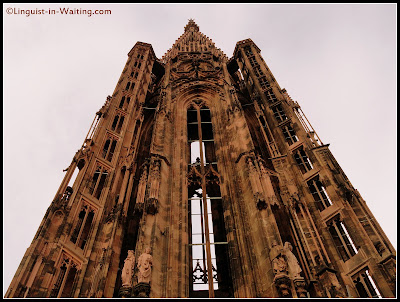 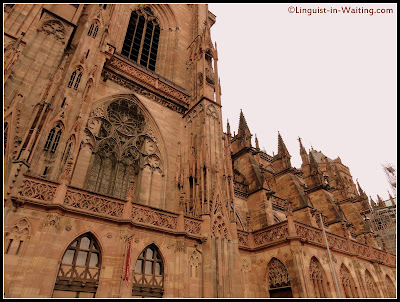 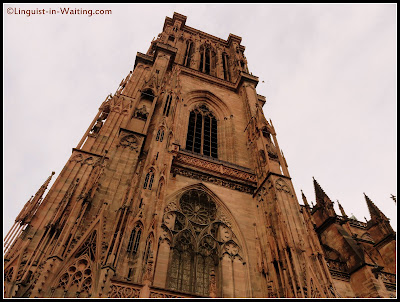 After checking out the interior, we went outside, and climbed to the top of the tower. The fact that there was a warm front definitely helped, as even though it was winter, it wasn't that cold outside. 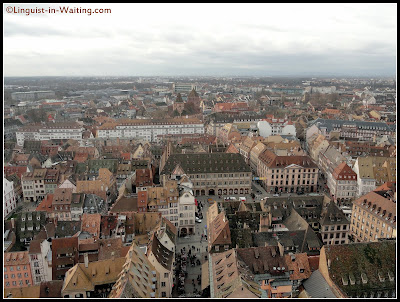 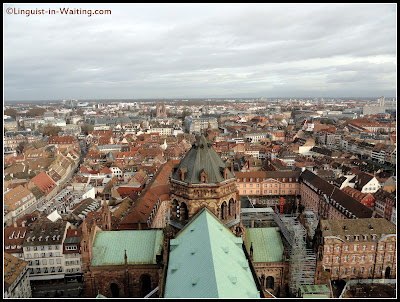 The above photos are two shots I took of the surrounding city. It was quite cool.