After strolling along Utrecht's canals, it was time to go to some more famous canals. Hence, Amsterdam was my next destination, and I spent the weekend here after my conference in Utrecht. I took the train from Utrecht to Amsterdam, and that took a mere 30 minutes. The scenery has changed a little bit, but not too much. Things still look similar, and water is still ubiquitous. And yes, I was still under sea level. 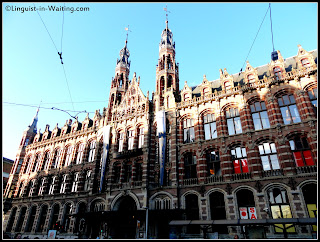 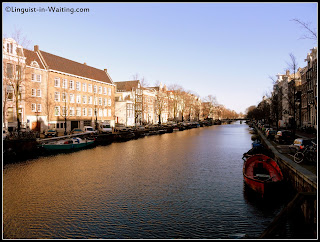 The two shots above give an overview of what the general scenery is like. There are canals, there is water, there are houses along the canals, and there are grandiose buildings with the rather typical Dutch intricate design, tall and narrow buildings that definitely suggested that growth was upward, vertically, not horizontally. 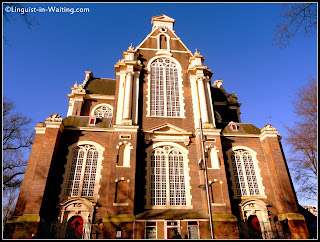 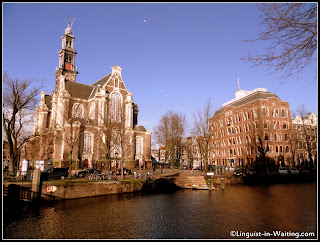 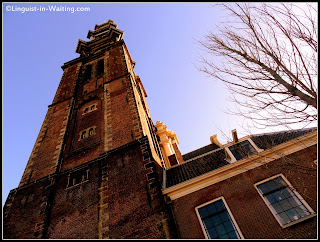 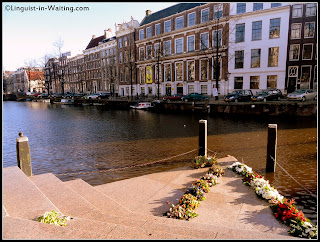 The four pictures above show the Westerkerk and its surroundings. This is a church that was very close by the place we were staying. We stayed at the area of town called the Jordaan, which is formerly a working-class neighborhood, but now is totally swanky and hip. I took a shot of the tower of the Westerkerk, as you can see. And next to the church, is the plaza as well as the Homomonument, which is depicted in my picture with the flowers. 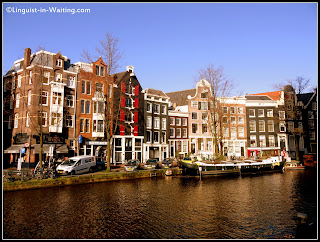 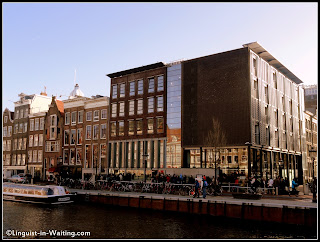 The next two pictures depict a very typical Amsterdam scene: some boathouses next to the street in a canal, and the Anne Frank Huis. Notice the long line forming outside; this is a very famous piece of cultural heritage, and it was very informative for me to tour the place as well. Unfortunately, pictures are not allowed, so I wasn't able to snap any to share it here in my blog. 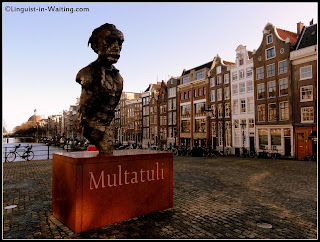 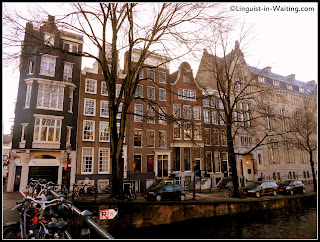 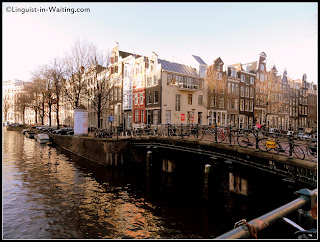 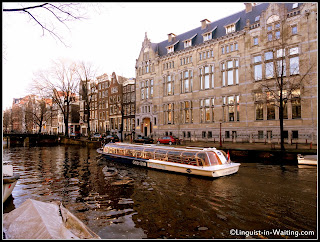 The above four pictures just show some other tidbits of vistas I captured around the city. These are just the scenes that I found pretty, but there are also scenes that I really could care less. As I said before, there was a part of me that didn't enjoy Amsterdam, partly because I had failed expectations. That being said, I am willing to give the city a second chance, perhaps when the weather is better.