When it was still in the middle of winter, I found myself wanting to go out during one weekend, just to go somewhere I haven't been before. So I took my camera, and went to East Berlin. More specifically, I went to Treptower Park. This happens to be a park that features a Soviet Memorial. And since there was snow on the ground, I figured it would be a good dramatic landscape. 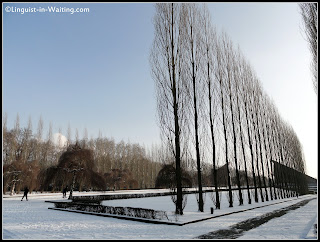 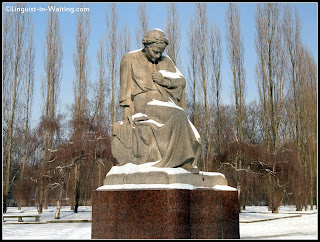 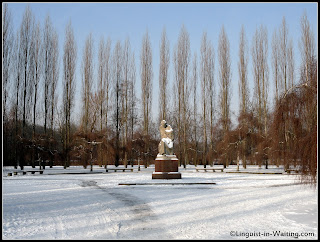 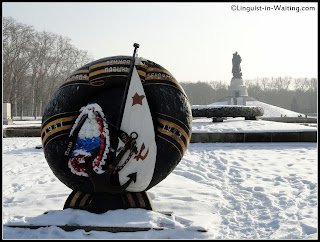 These were the first couple of scenes I encountered. It was quite cold I remember, and my hands were freezing because I constantly had to remove my gloves in order to operate the camera. You can see the various trees that line the rectangular park, as well as the statue of Mother Russia Weeping. Later on, the fourth picture shows you the view towards the Soviet Memorial. 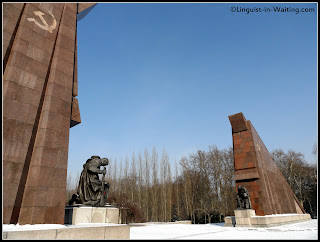 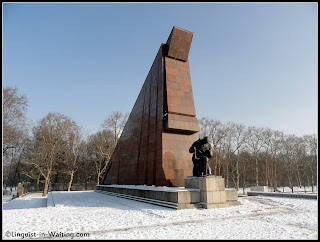 There is a gate, where soldiers watch those who pass by. I guess it is always typical of Soviet architectural designs to be rather over the top, and large and grandiose. 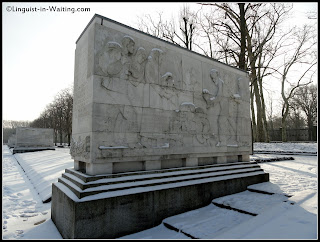 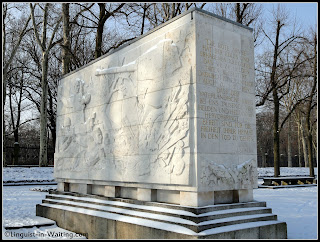 There were plenty of stones that were large enough to contain mural designs, as well as quotations from Joseph Stalin. 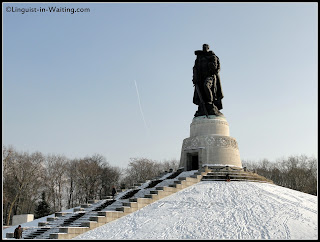 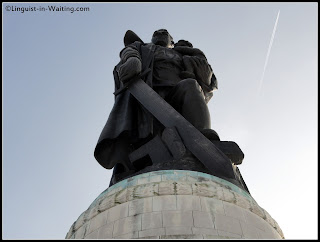 And there he is, the Soviet Memorial. It was so larger than life, and standing underneath it seeing how he is crushing that large swastika really gives one the creeps, at how this is a very strong example of a political statement, complete with symbolism. 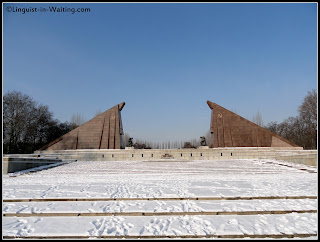 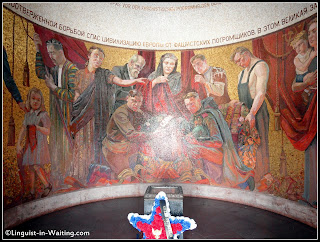 The above shots are just other extra shots I took, one of them being the inside of the monument. Funny, the place was a bit deserted, as it was a Sunday morning. So my imagination went to work. I could totally imagine Sophie Marceau as Anna Karenina meeting Sean Bean as Count Alexei Vronsky meeting here, and Tchaikosvky starts playing in my head, with the scene from Swan Lake. How fitting, I could totally hear them, the strings with their vibrato, while the oboe plays that B-minor melody while accompanied by the harp. All I need is some railroad tracks so that a train could pass by, killing Anna.