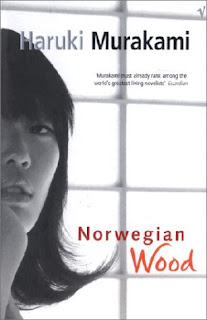 Have you ever felt like your life is so pathetic, that everyone around you feels like they are so weak and going to crumble any second? Well, it felt just like that when I was reading this book. This is the second book I have read from Japanese author Haruki Murakami. And unlike the first book I read, which was none other than Kafka on the Shore, this one didn't involve talking cats and raining fish. Instead, it is a love story (or is it) from the perspective of the main character, Toru Watanabe.

See, there's plenty of girls that surround Toru, but there's mostly two girls that feature a lot, Naoko, and Midori. Naoko is an emotional train wreck. Naoko was the girlfriend of Toru's best friend, Kizuki. However, when Kizuki turned 17, he committed suicide, and Naoko became mentally unstable because of that. Midori on the other hand has her own sets of skeletons in the closet. However, unlike Naoko who is fey and fragile, Midori seems to be more upbeat, and is more successful in sending Toru's life into chaos.

So yes, this book is all about the lovelife of Toru Watanabe, as it intertwines between the lives of these two other women.

I suppose I cannot say that this is a favorite book of mine. There were several things about the book that didn't sit well with me, which makes it surprising that this is a book that sent Murakami into stardom. First of all, I hate the main character. I hate the fact that Murakami made Watanabe totally devoid of personality, and all the action is just happening outside of his person. Sure, I see the point. Watanabe is the mirror from which the reader observes the narrative world. Watanabe is just a tape recorder, and the characters that have more oomph are pretty much those who interact with Watanabe. This makes Watanabe a very passive character; in my opinion, he doesn't act, he simply reacts. And he reacts a lot. When it comes to his male friends, he simply tags along. He tags along with Nagasawa, even with Naoko and Midori. I don't know, I just hate it when characters are not self-propelled, especially the main character. One might as well conceptualize this novel as written in the third person, with an unknown observer reporting what has happened. Except that it is not the case.

I also do not see what the point was of opening this book as a flashback. The novel opens when the main character is 37 years old, in an airplane landing in Hamburg Airport. He hears "Norwegian Wood" and remembers the whole thing, the song sending him back to when he was 17. And yet the novel doesn't end with him being 37 again, instead, it ends inside the flashback. The novel doesn't make a concrete and explicit conclusion regarding the main character's relationships with these two women (yeah, I am not going to write a spoiler), so one asks, what happened to these women now that he is 37 and having a flashback? So, what is the point of this introductory flashback, if not simply to bridge "Norwegian Wood" as a Beatles song to the memories that are associated with it?

So yes, I didn't like this book that much. I'd rather read the magical realist Murakami, than the sappy love story Murakami. Perhaps this is the reason why this book was so popular to the point that it became the Murakami novel that everyone has read; because you don't need a lot of brain power to understand it. Which is not the case with Kafka on the Shore for example. In my case, I just liked it enough to continue on turning the pages, while still hating the characters. The characters just felt like they were all messed up; they might not be dead physically, but all seemed to be dead emotionally.

So there, I am giving this book 3 stars. It is average, and the only good thing I can find about this book is that it makes Murakami's other books more wonderful and awesome, if one compares it to this one. I will still go and read Murakami, but I'll make sure it's not a sappy love story first. 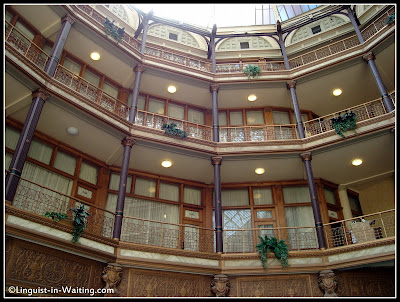