On Aging and Retirement

I recently had a meeting with my bank. The thing is, a few weeks before, they called me and said that they have a few recommendations about my financial health, and so they asked if I could come in for a meeting to discuss these options. Basically, they were telling me how my money isn't earning interest and they were suggesting some options so that it would.

See, I never actually thought about this topic before. Up until last summer, I was a student. I never thought further until graduation, and the immediate life after that. I thought about getting a job, about my future plans, but not until when I would be 67. Heck, that would be 2049.

So my bank explained to me what my options are. That is, if I set aside X amount of money from my monthly paycheck, how it would earn interest, and later on, I could use it to live further after I am done working. So I saw graphs, and whatnot. And yes, I do acknowledge that I should start thinking about this. So I am. It's just that somehow, I had a feeling that I am just starting things (yes, this is my first actual job after getting out of school, and to some degree, the novelty hasn't worn out yet), but I already need to think about things at the end.

One thought I had while I was in the meeting, was how more concrete this was. I saw exact figures pertaining to the money the German government would be giving me if I continue on paying German taxes and retire here later in life. Basically, it's some sort of paying it forward. I think I like that, and it is more concrete than say, religion. Where they want you to be pious for this life, so that you'll have a good afterlife. When no one is sure there's an afterlife in the first place. 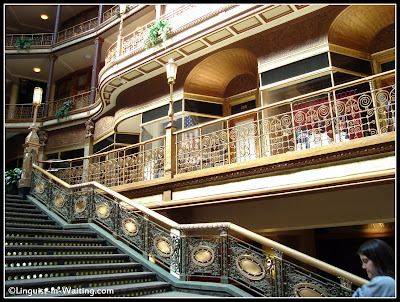