Book Review: The War of the End of the World by Mario Vargas Llosa 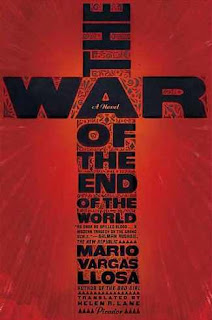 This is one massive book. This is also the third time I have picked up a book written by Peruvian author Mario Vargas Llosa. I previously read his novel entitled Death in the Andes in 2010, as well as Who Killed Palomino Molero? a few months later. Both of those books were not bad, but I wasn't too impressed either. However, I decided to give Vargas Llosa another try, and this time, my mind was blown away. It made me realize that I just picked the wrong books to serve as an introduction to his style.

The War of the End of the World is a historical novel, a fictional account of the War of Canudos, which was an actual event in the history of Brazil. When Brazil transitioned from a monarchy to a republic, a group of people led by Antonio Conselheiro (Anthony the Counselor) decided to form their own country and rebel against the republic. They were mostly a religious group, but they decided to live separate from the ways of the Brazilian republic. After all, they thought that the republic was the Antichrist, so what better reason than to create their own country in the middle of the Brazilian jungle.

There were several reasons why they did this. Not only did they think that the republic was the Antichrist, they were also against several republican policies. They were against civil marriage, because they thought the religious church-based marriage was already enough. They were also against the census, and they rejected republican currency. So they established their own country, and more or less were living in a communistic way. It definitely reminded me of the Biblical passage where Jesus said that his kingdom was not a part of this world.

Anyway, as predicted, the Brazilian Republic doesn't want this country within their borders. So several military expeditions to squash Canudos were held. The first ones didn't succeed, but eventually, Canudos was defeated. I know, I am giving away the ending here, but this is a historical novel after all. We all know how this ends. However, I still recommend it as a good novel to read, as Vargas Llosa does a very good job of portraying all the events that constitute this grand historical episode in Brazilian history.

I should say that the novel is rather thick; my edition was 750 pages long. And every page counts. Vargas Llosa starts by providing the background to every character, whether this character belongs to Canudos or not. Canudos is composed of several people who we shall say are unlucky in life, so Vargas Llosa describes in very intricate detail what their background is, and how they ended up being in Canudos. Canudos has a huge population, but there is a small privileged circle around the Counselor, such as Maria Quadrado, the Little Blessed One, the Lion of Natuba, Abbot Joao, and so on. Each one of these characters had an unfortunate previous life, which motivates their presence in Canudos. Using a frame narrative, Vargas Llosa narrates these little stories that together, make up a larger story, as if each were pieces to the big puzzle, which is the main story of the novel.

There are also outside characters too; the Baron de Canabrava, the nearsighted journalist, the homosexual soldier, the Scottish anarchist. Each one of these somehow were also significant characters in the whole story. It seems like this was not a novel, but an epic, with sections where these characters were prominent. This novel doesn't have a main character, it doesn't have a hero. Instead, Canudos is the hero of the story, and the reader is monitoring the rise and fall of the rebel country, as characters from both sides of the war do battle.

One big thing I appreciated in this novel is the way religious fervor has been depicted. My, people in Canudos were crazy. The folks believed that Antonio Conselheiro was a saint, a holy person, and so there was this one scene near the end, when the Counselor was almost dying, his body was beaten by dysentery, and he has a constant leak of fecal matter. Guess what? The people were religious and crazy enough to eat his dripping feces as communion. That was just one drastic example, and I know this was fiction, but I would not be surprised if it actually happened. I would not be surprised if there are people who are religiously-driven enough to do crazy things like these. It is quite fascinating to read how people can have faith, which is a concept I really have a hard time understanding. I just do not get it how people can suspend disbelief and follow someone blindly. I mean, it happened in history, right? There was a Jew back in the day, with the name Jesus, and look at what his followers have done.

So yes, I was definitely captivated by this book. Before this, I knew nothing about Brazilian history. Now I know a bit more. If one would like to begin reading Vargas Llosa, this book is a good introduction. I give it 5 out of 5 stars. 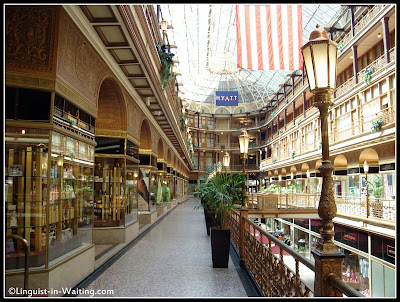