Book Review: Zen and the Art of Motorcycle Maintenance by Robert M. Pirsig 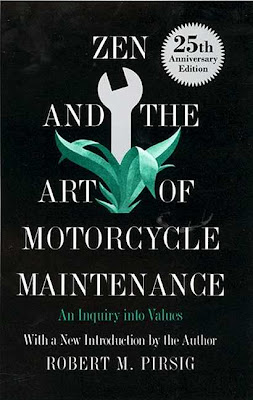 I regret the fact that I bought this book. I originally purchased this book because I have heard good things about it, but after spending two weeks and 540 pages later, I sometimes think that this book is not worth the paper it is printed on.

Zen narrates a motorcycle journey that the author took with his son from Minnesota to California. First, they were joined by a couple, John and Sylvia Sutherland. But halfway in the trip, the Sutherlands leave and the ride is just between the unnamed main character (who is the author, thinly disguised) and his son Chris.

No, wait. That’s not what this book’s narrative was about. In fact, this motorcycle journey just served as a backdrop for the larger section of the book, which is this series of philosophical discourses that the author refers to as Chatauquas. It is amusing to see sometimes how he devotes 2 or 3 sentences updating the reader about the motorcycle narrative, and then says “Today’s Chatauqua will be about…” or “Today’s Chatauqua is long.” Yes, this book is pretty much a philosophical discourse, interspersed with a motorcycle travelogue.

The central thesis of this book is Pirsig’s Metaphysics of Quality. He asserts that Quality (i.e., what is “good”) is undefinable, and that one must rationally approach every aspect of life to fully enjoy it. He makes a contrast between the Romantic and the Classical view of things. He uses the Sutherlands as the archetype for the Romantics, who are described as baffled by technology, and yet when things do not work, they just purposefully ignore the problem with the hopes that it will go away. On the other hand, the Classical view embodied by the narrator is such that he dissects the problem in order to know more about what it is. Most of these examples were taken from motorcycle maintenance.

Now, that is all well and good, except that I find it hard to stomach his words. Instead of coming out as a guidance counselor, he comes out as a megalomaniac, with an ego so big that he just writes to hear his words. Let me explain further what I mean.

In doing so, I would first admit that I also have a big ego. I tell my friends that in order to complete a PhD (which I have), you have to have a big ego. After all, a dissertation is a written output of original ideas, ideas that you have to defend in front of several people who are more knowledgeable than you, have more expertise than you, more advanced than you. In short, before your ideas can be heard, you have to eat more rice, as a Filipino idiom says. Before you can display your big ego, you have to be humble.

The problem with Pirsig is that he isn’t. Because he thinks that he knows a lot about Quality, he is arrogant and thinks that everyone else is below him. He criticizes the Sutherlands for being Romantics, he criticizes the University of Chicago faculty for not letting him be heard. He even criticizes his own son Chris for being a child. What does he expect? That a human is born with all the mental skills needed to engage in rational thought?

The biggest problem I have is his lack of acknowledgment with respect to learning. Humans come in different stages mentally. Just because some humans haven’t learned to be rational yet doesn’t mean that they are immediately shoved by the wayside and treated as second-class citizens. Now, if they don’t want to learn, then that’s another story, but most of the time, humans are known for their cognitive plasticity. Humans face several sets of constraints, and depending on the constraints that they have to engage in, then the things they do and learn also change. Pirsig doesn’t seem to think that way, and instead writes as if human minds are static beings, and if a human is a Romantic, then he’ll dismiss them in a blink of an eye.

Another problem I have about Pirsig is his aversion to peer review. He seems to think that all the academic institutions should just take his ideas and accept it, without defending it or placing it under tough scrutiny. He criticizes these institutions for being backward and reactionary. But the thing is, I believe that if a system doesn’t work, then sooner or later, the powers that be will eventually shift it, and a paradigm shift will ensure. However, in order to induce a paradigm shift, one has to first convince several big minds in order for the shift to gain momentum. Pirsig is doing a very bad job convincing his committee, his readers, me, given the tone of writing he has adapted in this book.

So overall, I hated this book. I hated it that I regretted the fact I even bought it in the first place. I have nothing against philosophical novels, and I have nothing against novels or books which expose philosophical theories (I loved Ayn Rand's novels, for example). However, I hate it when people are megalomaniacs, and only write books to satisfy their megalomania. Perhaps if he can recognize the possibility that other people can be brilliant too. I know what I know, and I know what I don't know. Human knowledge is vast and certainly no human can master everything. It's this lack of respect to the whole chasm of human knowledge that has been present before him that irritates me. Perhaps this is the case why he published this book with a mistake: Phaedrus does not mean "wolf" in Greek. Maybe he thought his editor was below him and therefore this mistake went through, only to be acknowledged in a Foreword written years later.

Funny, the only part of the book that I liked, ironically, is the single line at the end of the book in the Afterword, which consists of a jumble of letters, which, he explains, is the result of his newborn crawling towards him and punching the keyboard a few times. I guess he didn’t think his newborn was stupid enough to erase that line of gibberish. I am giving this book 1 out of 5 stars. 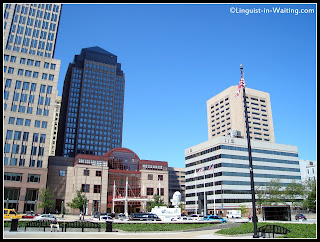