A Sunday a couple of weekends ago, I was heading towards the cafe across the city, where I usually hang out and work and just chill for the whole day. I have to take two subway rides to get there. Most of the time, I like Sundays, because Berliners are not outside, they stay up late in bed, and so when you're walking on the streets, things are quiet. Except for the subway stations.

The thing is, since it is a Sunday, the train schedules are not as frequent. Trains typically run every 10 minutes, at least during 10 AM. And somehow, during this one particular Sunday, there were plenty of things that happened that was weird.

First, there was a lady who asked if she can exchange her 10 EUR bill for something smaller, because her debit card doesn't work with the ticket machine, and she needed to buy a ticket. I told her that I only had 9,70 EUR but she said that was fine. So I got 30 cents more. Later, she bought her ticket, came back, and sat down next to me. Then she reached into her bag and took a weird stuffed animal, put it next to my ear and played music from it. Needless to say, I was creeped out and surprised, but more creeped out than surprised. Thankfully, the train came and I found a seat where there was no additional space next to it, so she couldn't sit next to me.

Then, the next weird thing that happened was the person sitting next to me. I was reading Mario Vargas Llosa's The War of the End of the World. So this guy asked if I also spoke German, and when I said yes, but a little, he started preaching to me. He asked if I knew the Bible. He then told me that humans are destroying the earth, but he doesn't think the earth will be fully destroyed, because God loves us and he will fix the earth regardless. I just gave a series of grunts, making sure that my body language showed that I wasn't interested in talking to him. After 3 or 4 stations, he stopped talking and bid me Good Sunday.

During that ride, I think I saw at least 4 buskers and beggars. Some play music, some just ask for alms and donations. I guess they do come out a lot during Sunday, as people are heading to and from church, and perhaps are feeling guilty and so they reach into their pockets and donate. For me, however, I already have 30 percent of my salary being taken away from me, and the government actually is good in providing provisos for these homeless and other unfortunate people, so I don't think I still need to supplement the services that are already accessible to them.

Oh well, I guess that's just how it is to live ina big city. There are interesting people all over the place. 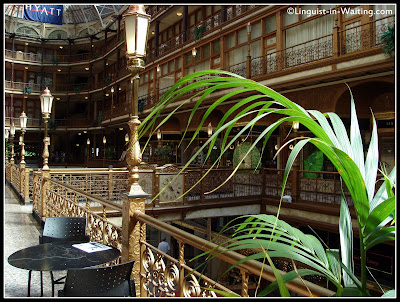