At the very center of the Old Town of Ghent, there is this long plaza where there are three churches standing one after the other. Yes, I suppose back in the days, people needed more than one church. So there's St. Michael's Church at the west, then St. Nicholas' Church in the middle, and Saint Bavo Cathedral at the east. We entered all three churches, in that order. The first two churches were empty, so we were able to take pictures, but the last church just had a mass finishing, so people were exiting and while we were able to get inside, there were still plenty of people around that it was just awkward to take pictures. 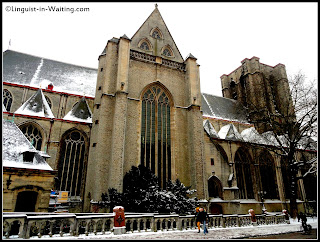 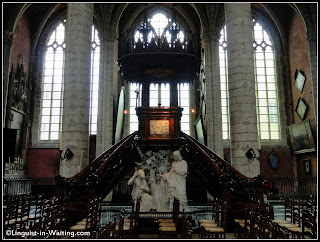 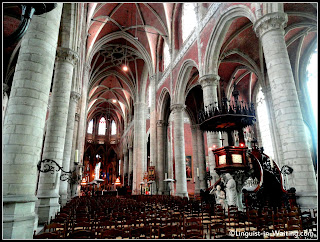 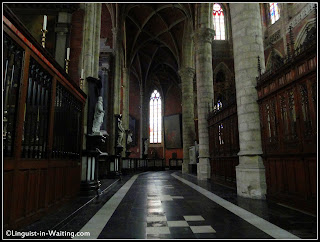 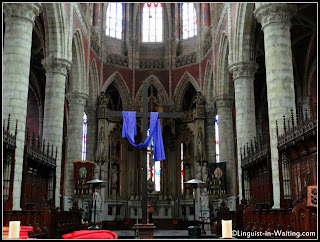 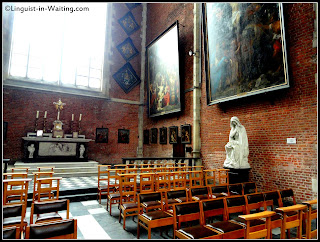 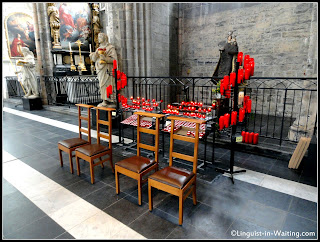 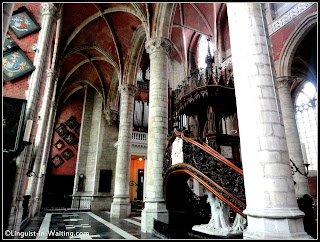 The pictures above are all from St. Michael's Church. It was a bit cold outside, and snowing too, so it was nice to enter the church, just so that we can warm up a little bit. There were beggars, they didn't look Caucasian, in fact, they looked more like Gypsies that somehow ended in the middle of Belgium. 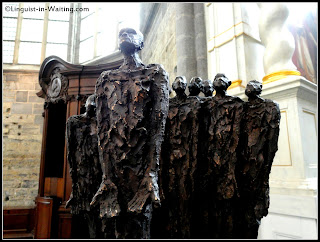 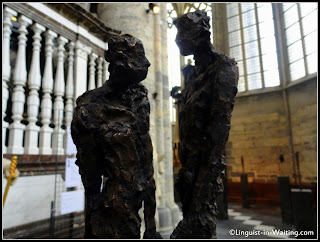 The second church we entered, St. Nicholas' Church, had some sort of religious art exhibit. The two pictures above are taken from that part of the building. 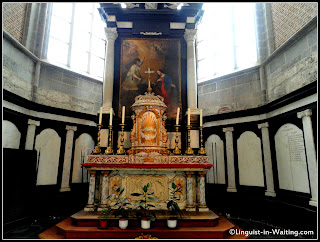 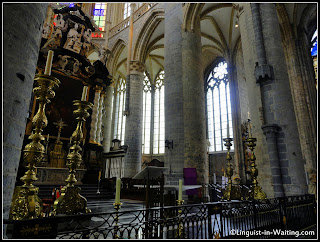 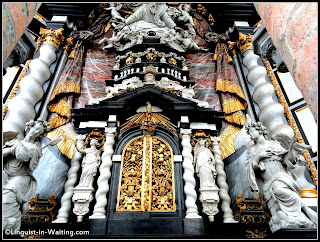 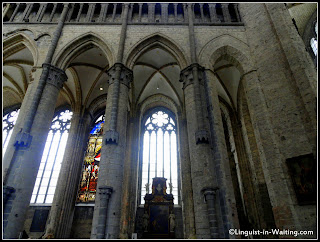 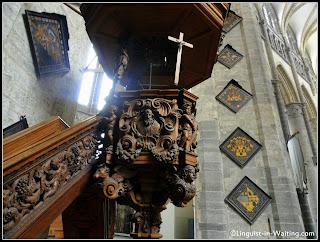 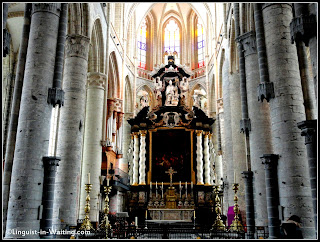 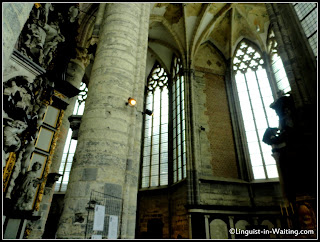 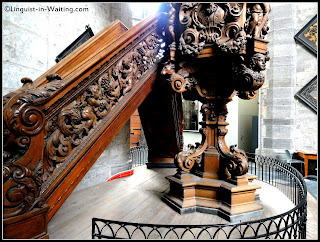 The pictures above are all taken from St. Nicholas' Church. There is a slightly different flavor between the two churches, but I just cannot describe it myself. After that, we went to the third church, but as there was a mass that just finished, like I said earlier, I didn't take photos. This church also had the very famous painting entitled "Adoration of the Mystic Lamb" but you have to pay to view it. And somehow, it felt like a tourist trap, not to mention I wasn't aware of this painting until I came here. Hence, I didn't go and view it.

Needless to say, after visiting 3 churches in a row, we felt churched out. So we didn't visit any more churches in Ghent.