Luxembourg is perhaps the first European country that I really liked. My previous European experiences were nice, I am not saying they were bad. I did enjoy the extended vacation periods I had in Austria, Italy, Greece, the Czech Republic, Denmark, and Hungary years before, as well as the other little trips here and there. However, Luxembourg is the first country that really made me impressed.

The thing is, Luxembourg has personality. Well, a very unique personality. The other cities also do, but somehow, there is this pattern that you see in every European city. A nice old town, nice buildings, a grandiose church. It almost feels like there's a formula. So it is hard to find something that stands out.

Well, maybe not. Maybe there are still things that stand out, so the Sachertorte in Vienna, the Colosseum in Rome, the herring buffets in Copenhagen, and so on. But I guess what I am trying to say is that the thing that makes Luxembourg stand out is very prominent, and I really like its own distinct personality. I'll talk about this while showing you pictures I took while meandering along its corniche. 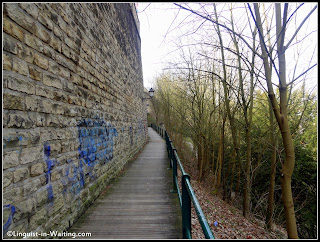 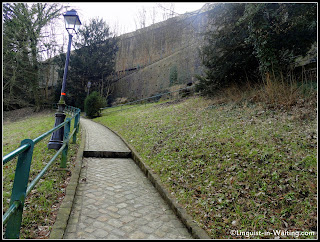 The city of Luxembourg traces its roots back to 963, when the Romans settled in. Over time, people built a fortress here. Its remnants actually form the base of the Old Town. As you can see with the two photos above, construction has it such that there are multiple levels of habitation, some of them at the top, some at the bottom. Hence, there is a corniche, or a road that goes around it. 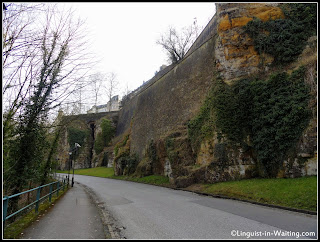 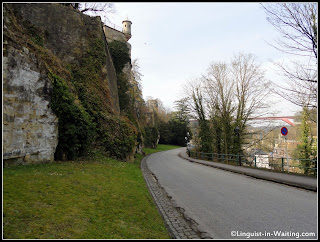 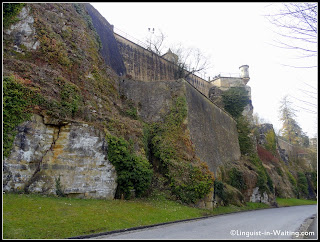 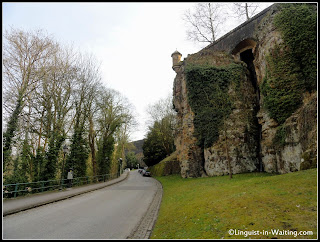 Here are a few photos of the road. I had this stereotype that Luxembourg is a playground of the rich, but unlike my stereotypes of Monaco, there weren't any fast supercars that zoomed by while we were there. People just looked normal. That being said, they do dress nicely. As we were just travelers and didn't have nice clothes with us, we actually felt out of place trying out some restaurants for dinner, as the clientele were very fashionably dressed. 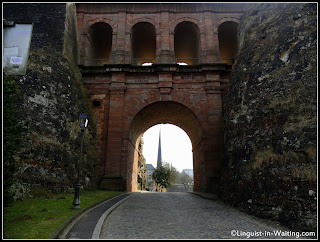 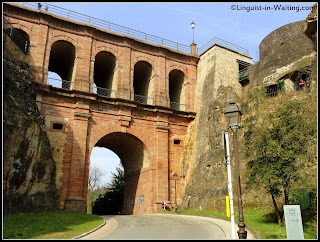 This is the Schlossbruecke, built in the 1700s. We didn't climb up to this one, although we wanted to. However, we got distracted by other things to see, so we forgot. 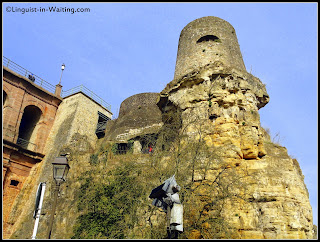 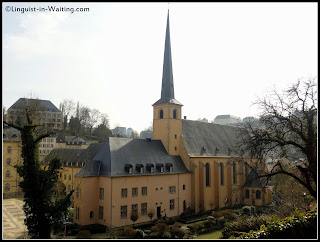 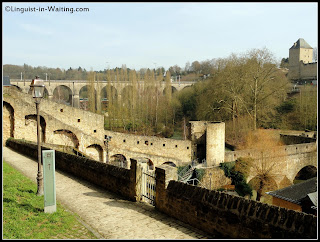 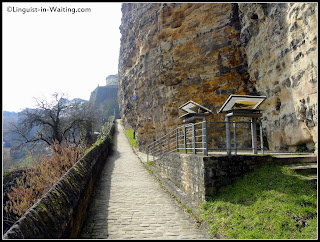 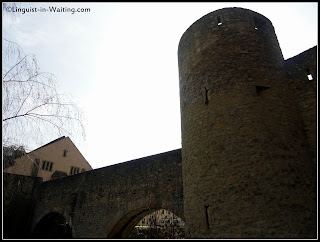 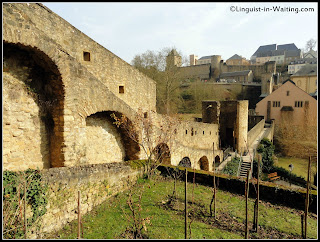 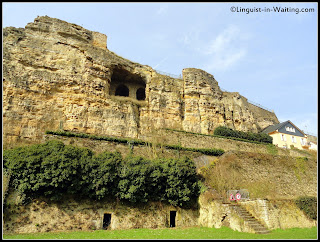 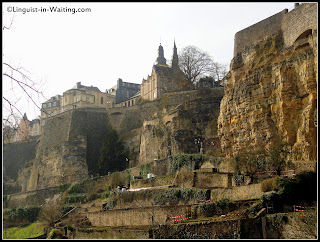 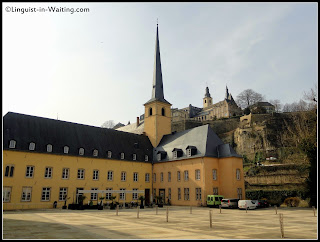 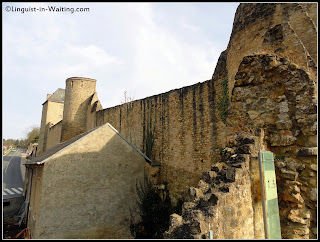 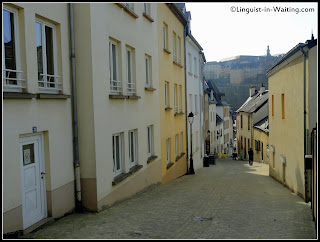 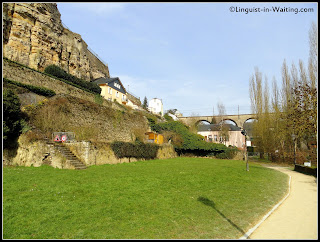 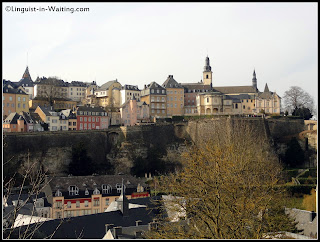 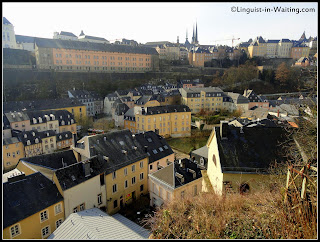 The several shots I have above show various sceneries in and around the Roman fortress. What I find most interesting and captivating is the fact that modernity didn't just collapse these old structures. Instead, they built around it. If you have the chance to visit the Nationalmusée fir Geschicht a Konscht (National Museum for History and Art) in the Old Town, I definitely recommend it. Unfortunately, photography is not allowed, so I don't have anything to show here. However, it is a museum that provides a good overview of the history and art of the country. And it is also built on top of an archaeological site.

Above, you can also see some views of the wonderful area inside the fortress. I love the way the buildings are stacked next to each other. 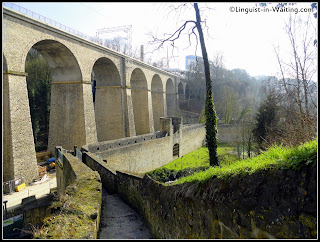 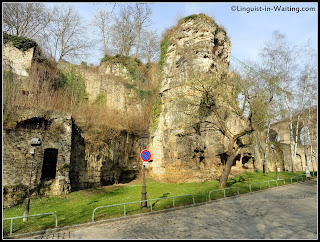 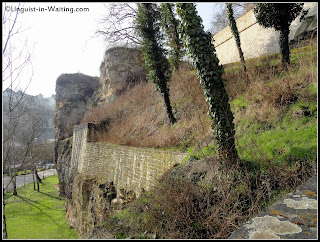 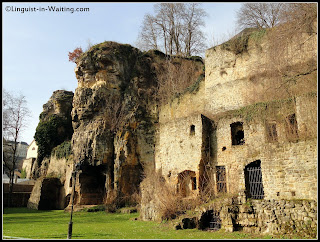 Here are some more pictures of the old wall, as seen from a far side. The city is indeed very hilly, but not too much. 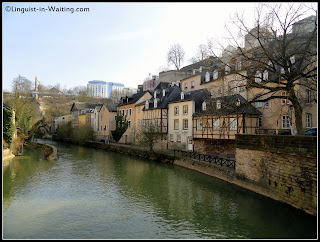 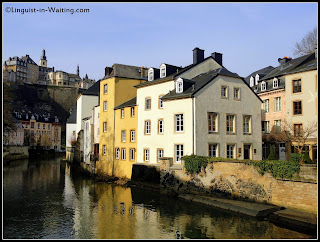 Finally, two lovely pictures of perhaps a very romantic setting in the city. I am a sucker for old houses near waterways. There were a few cafes around here and I could totally see myself sipping a chai latte while gazing at the people walking by crossing the bridge.

So overall, I loved Luxembourg. It had a very distinctive and likeable personality. It might be small, but I can easily see myself going back and exploring more of the country, not just the city this time.