When I visited the southern part of Bulgaria, not only did I go visit the famous Rila Monastery, but I also did a little bit of hiking around the mountains in the area. After all, Saint Ivan of Rila was a hermit and lived in a cave in these surroundings, before founding the monastery that bears his name. So when we arrived at the area, we actually went ahead and checked out his cave first, before visiting the monastery. Good thing I had my hiking shoes on, it took care of my feet very well.

We spotted the trailhead after driving about 10 minutes beyond the monastery. It was well-marked, and so we parked the car at the end of the road and headed out. We just climbed up and up. 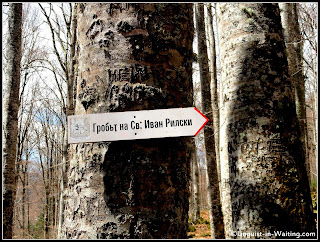 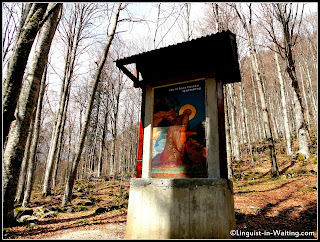 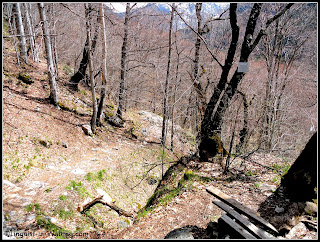 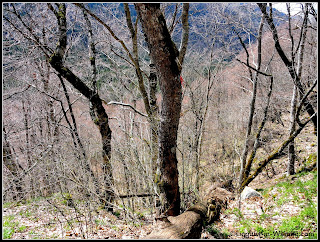 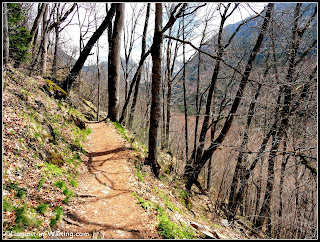 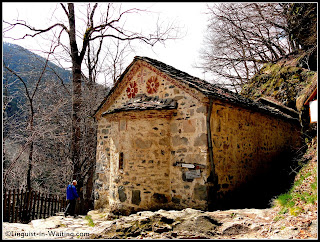 We followed the trail, and after about 30 minutes, we found this small chapel in the middle of the mountains. Given the trail, I could only imagine the difficulty people had in constructing this structure up here. 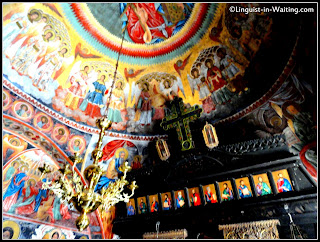 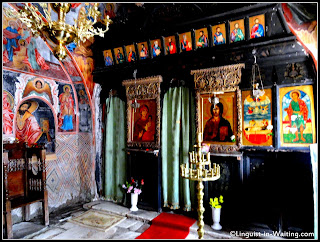 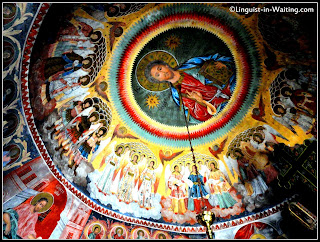 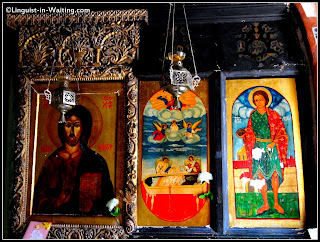 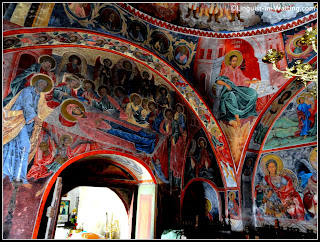 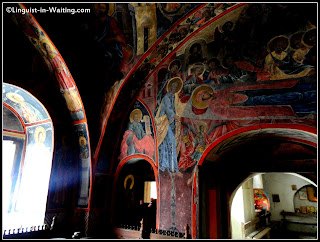 The interior was pretty. It wasn't stunning, compared to the church in the monastery, but it was impressive still. It was like a little house, except that it was a church. It almost felt like grandma's attic. 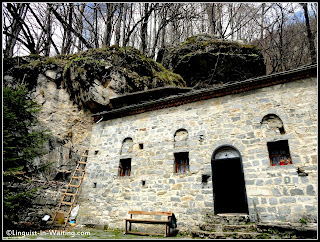 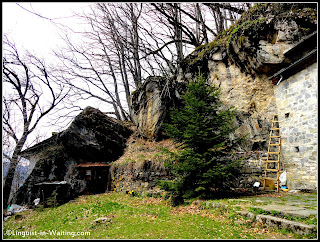 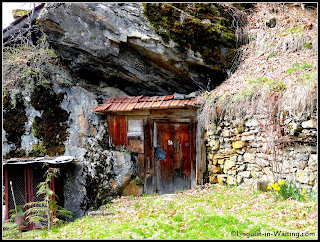 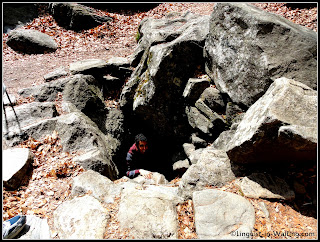 Here are some shots of the exterior of the church. Oh, the cave was near too. So we decided to crawl in it. Bulgarian folk beliefs states that if one crawls through this cave, then one's sins are forgiven. That's neat, not that I believed in it. It was quite cramped, and one cannot go through it if one is obese. 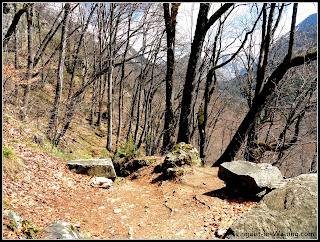 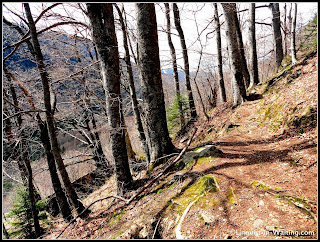 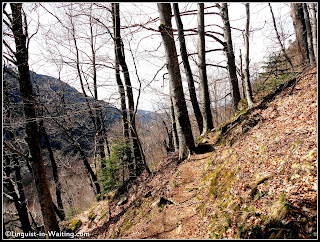 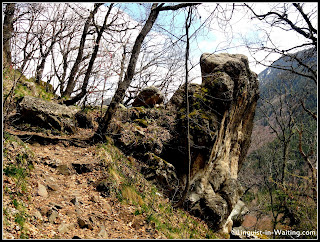 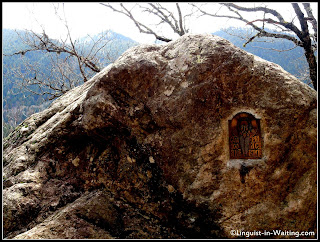 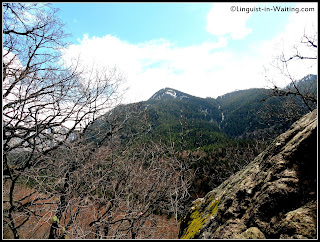 Finally, we decided to just follow the trail further, and so we did, and saw some interesting scenery facing the mountains. It's a pretty place, although the leaves were not back yet, so it just looks a little bare. I would love to see what this looks like during the summer, when the trees are back in bloom.