13th All Nations Festival in Berlin

Last June 15, the 13th All Nations Festival was held here in Berlin. It is actually the day when a select number of embassies in the city open their doors for the public, so one can visit the embassies and check out what these countries have to offer. There were about more than 20 embassies that were open that day, and so I took the chance to go ahead and visit as much as I can, and know about these countries and perhaps get ideas on where to travel next. The whole affair lasted from 11:00 to 18:00. In total, I was able to visit 8 embassies.

First, I went to the Ethiopian Embassy. I left my apartment about 10:30, so by the time the embassy opened, I was there. I participated in a coffee tasting session. I saw the coffee being roasted together with cardamom on a hot open fire, and as typical with Ethiopians, there's popcorn everywhere. I also watched a tourism video on what one can see and do in Ethiopia, and it just reinforced the fact that Ethiopia should be on my list. I actually had a short chat with some of the consular staff there, and they recommended I should visit around December to February, when it is the best time to visit the land with 13 months of sunshine. Below is the Ethiopian Embassy. 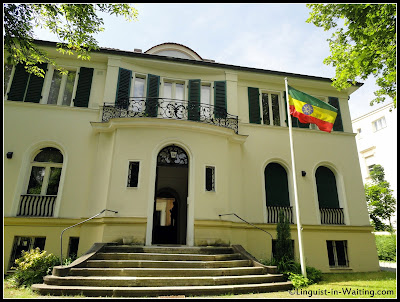 After Ethiopia, I visited the Palestinian Mission, which is just a short walk away from the Ethiopian Embassy. After getting my Festival Pass stamped, I checked out some of their exhibits. They had some pita with spices and olive oil that I sampled. They were also selling some handicrafts, as well as olive oil soap. I was quite amazed at the clothing and textile works that the Palestinians exhibited, I never had an idea that their textiles would be that intricate. Below is the Palestinian Mission. 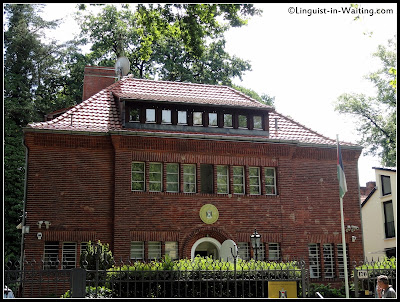 After Palestine, I rode the bus and headed to the Embassy of Chad. At first, I thought they were not participating in the Open House, because when I got there, the doors seemed closed. I still entered, and found a single staff member of the embassy having a chat with some visitors, but they didn't have any exhibit except for some flyers about group tours. That's about it, so I only spent a few minutes and moved on. Below is the picture of the Embassy of Chad. 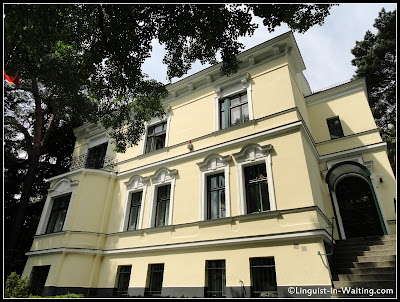 The next embassy I visited was the Iraqi Embassy. By this time, it was already lunch time, and when I got there, I found a huge mansion with lots of embassy staff that were well-dressed, that I actually felt under-dressed, wearing just a shirt and jeans. They had a cultural exhibit, a tourism exhibit, and I even got to sample several Iraqi dishes, including chickpea soup and their nut-laden cookies. There was also traditional Iraqi music, and several women were wearing very beautiful traditional attire, but I was too embarrassed to ask if I can take a photo of them. The pictures below were all taken in the Iraqi Embassy. 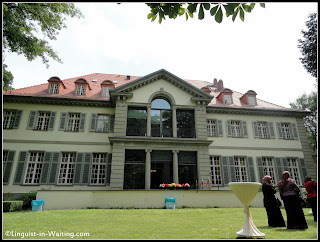 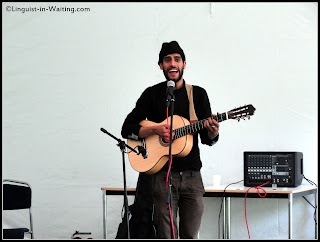 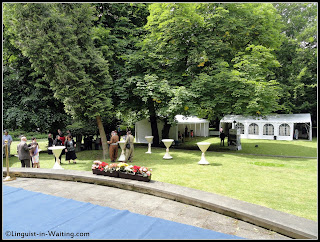 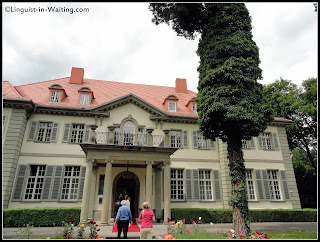 After having lunch in the Iraqi Embassy, I took the bus again and went to the Embassy of Afghanistan. They had an exhibit which was more historical than cultural, but aside from that, nothing else was happening. So after glancing at the exhibits, I just went out and headed somewhere else. The following are two pictures from Afghanistan. 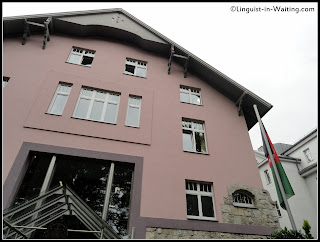 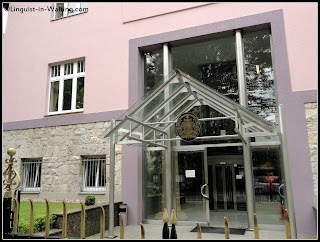 After Afghanistan, I headed to the Embassy of Malawi. I had my festival pass stamped again, and chatted with the tourist attache; she gave me some DVDs about what to see and do in Malawi. As I liked trekking and hiking, she gave me suggestions on where to go in the country in case I visit. I also ate some cassava cake and drank some tea here. I should say, though, I wished the cassava had more spice. The picture below was taken from Malawi. 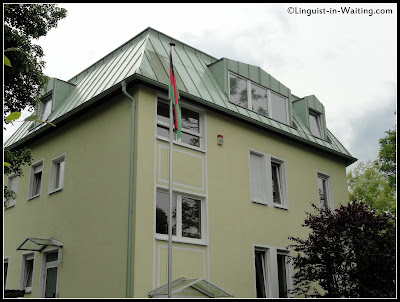 After visiting Malawi, who surprisingly had 3 Filipino staff members, I headed to the Embassy of Nepal. There, I drank some more tea, and ate some samosas and pakoras. They had a lot of tourist information; I grabbed a DVD about trekking in the country. After all, doing the Annapurna Circuit is one of the things I want to do in my lifetime. They had pretty spicy food, and the tea was amazing. Anyway, by this time, it was already afternoon, and I figured I had one more embassy I can check out before I have to be somewhere else for an appointment. So I took the bus again.

For my last embassy, I visited the Embassy of the Bolivarian Republic of Venezuela. Oh, this was fun. A very stern-looking man in army uniform greeted me and stamped my festival pass, and then he told me to take the elevator. Once it opened, oh, there was music. There was a rock concert in the embassy. I ate some meatballs that were being offered while listening to rather interesting music. There was a table full of tourist information about the country, and I wanted to ask some questions to the person sitting at the table, because I want to climb Mount Roraima one of these days, but the music was a little loud for conversation. Anyway, I still had a good time. The photo below is taken from the concert. 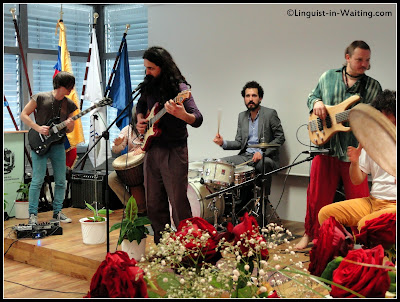 So that was my All Nations Festival for 2013. I wished I had more time to visit other embassies; I only visited 8, which was less than half of the participating embassies for the year. I am looking forward to doing this again next year, and visit other embassies which would be open that time! It's always great to know more about other cultures and lands; who knows, one of these countries might be my next vacation destination!