The first thing I checked out upon arrival was the Barri Gòtic. There was still sunlight, although the weather was not looking good. While it wasn't raining, I strolled along the narrow streets of the Barri Gòtic, in the Ciutat Vella of Barcelona. This neighborhood was something else.

Before, I only had an idea of this place due to pop culture. I have read a couple of novels of Carlos Ruiz Zafon, and I also watched some movies set in Barcelona, such as Vicky Christina Barcelona (which in hindsight, doesn't look like Barcelona) and L'auberge espagnole, which indeed looks like Barcelona. So I knew that this neighborhood of narrow Gothic streets indeed exist, but never experienced them until now. 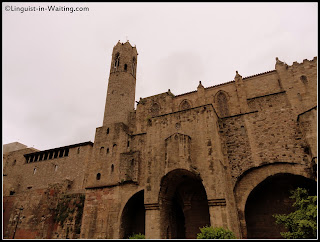 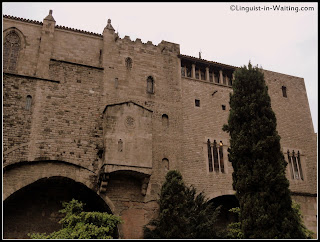 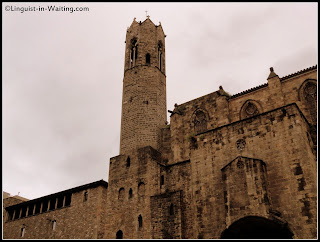 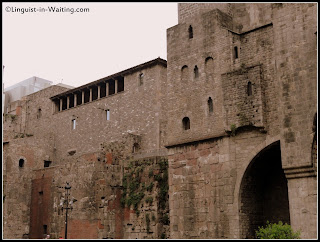 You can see the massive old Roman infrastructure in the above photos. I don't really know the history behind these structures, but they sure are nice to look at. And yes, walking through these stone walls gives a weird mystic aura. 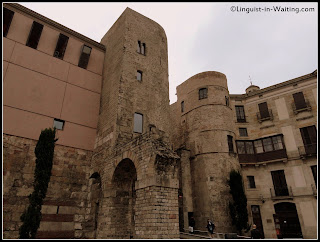 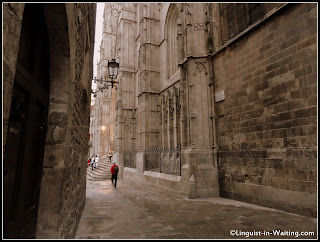 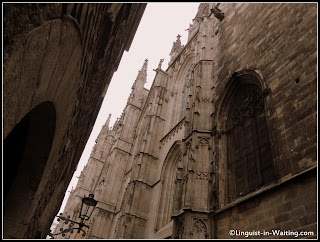 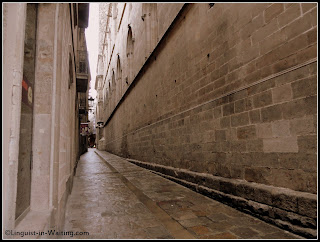 In the above pictures, you can see the set of narrow streets that are near the Cathedral (which I will cover in a separate post). I sometimes wonder whether people before never thought it was too narrow, as nowadays cars cannot pass through here, and everything has to be carried walking. How practical is that? 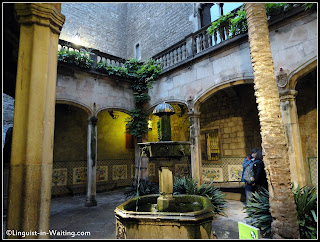 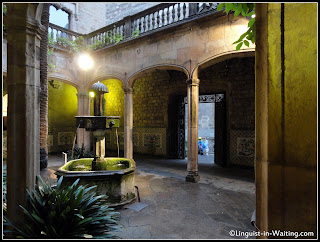 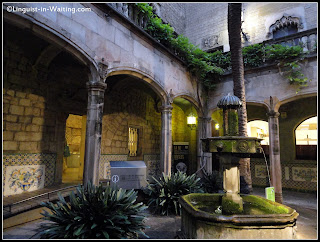 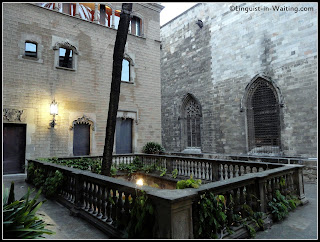 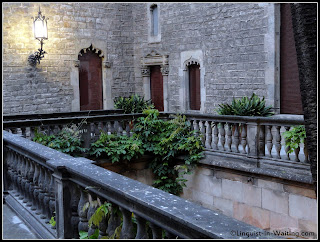 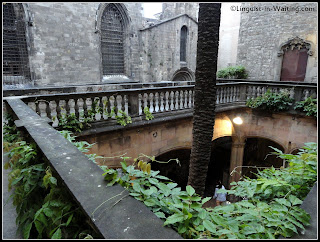 There was a building that was open, and I guess it was okay to wander around inside. So I took those photos above, showing the inner courtyard, as well as the balcony above the courtyard. I think it was some sort of municipal museum or exhibit area, but I was more fascinated with the interior than the displays. 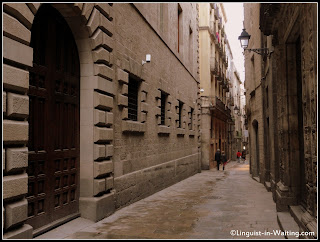 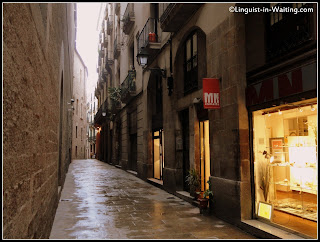 Continuing on my stroll, I saw that most of the buildings how house boutiques and other shops. Hence, this area is a good place to shop and buy things, if you need something. From bars to cafes to chocolate shops, there are plenty of establishments that would readily accept your euros. 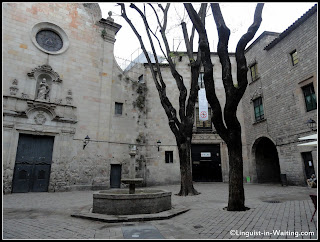 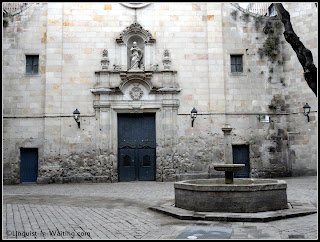 I also found this small plaza, which was surprisingly quiet and empty of people walking back and forth. I guess the other tourists just didn't venture far enough to find this one. There were several restaurants that were located here, but since it was still early for dinnertime, at least for Spanish standards, there were still very few people dining. 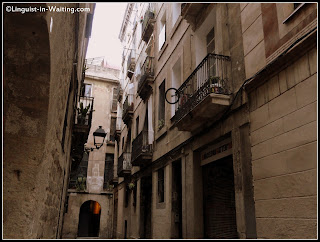 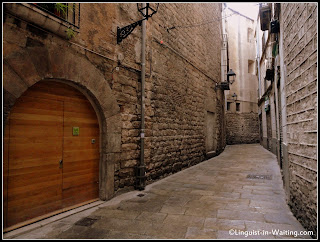 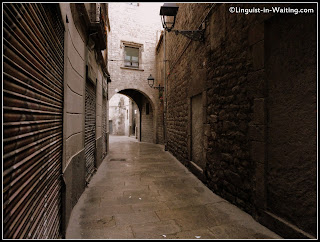 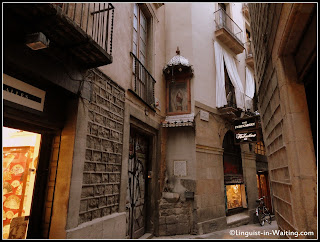 Some final photos of other narrow streets. Overall, I enjoyed my stroll here, and when the rain finally poured, I found myself near a restaurant that looked good, so I went in and checked it out. This neighborhood might be charming and mystical, but I don't think I'd like to live here. I think I prefer living in l'Eixample if I were in Barcelona. But that's for another post.