As I was strolling around Barri Gotic during my first day, I somehow found myself near this Cathedral. I checked and apparently, I still had about 30 minutes before it closes for visitors for the day. So I went in, and checked it out. 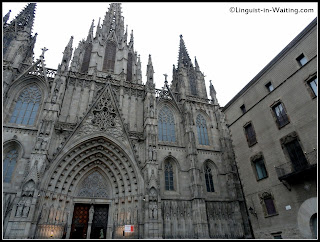 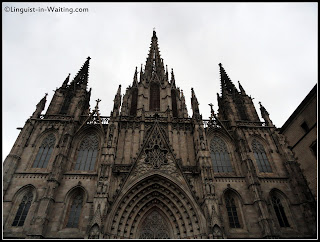 From the outside, it isn't the most impressive. It just looks like any other church I have seen before. I guess it is because it is quite a predictive church: all the architectural features one expects in a Catholic Church are there. That being said, it still looks pretty, featuring plenty of gargoyles and such. The two pictures above show the exterior of the church. 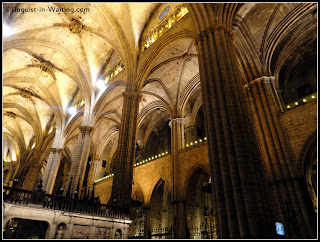 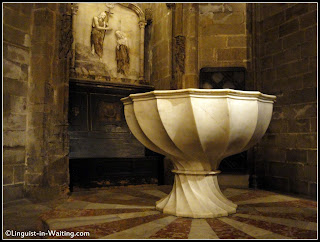 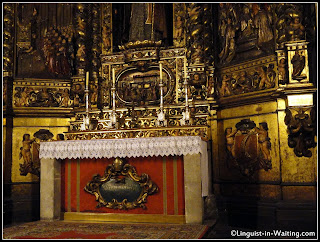 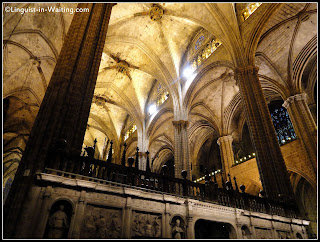 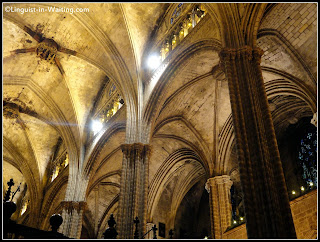 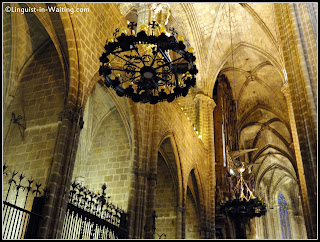 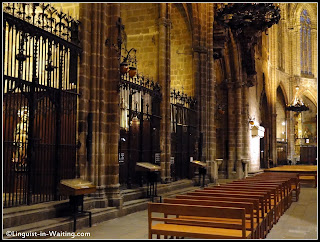 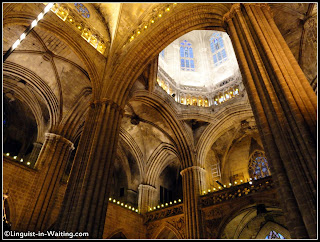 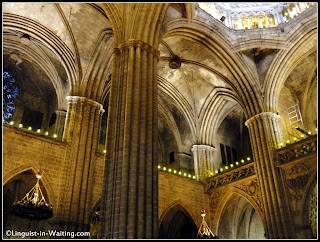 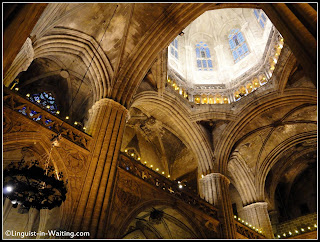 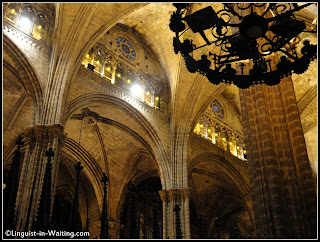 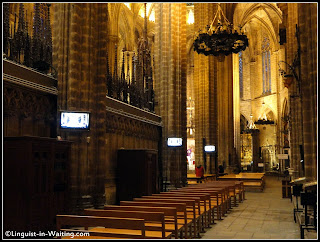 The above are some selections of the pictures I took. When I was there, there was an event that was going on. Through the television screens, I could see several men in robes discussing things in Catalan, therefore a significant part of the church was not accessible to casual visitors. Hence, I wasn't able to visit the cloister, and I wasn't able to see the geese that the church apparently keeps there. I just stayed at the foyer area. That being said, I still had enough material inside to admire. I have to say, this is one very mean church. However, I should say that the church I went and saw the day after had more of a wow factor than this one. So stay tuned!