After visiting Parc Güell, I headed down to the waterfront, as I wanted to eat in a restaurant recommended to me there. However, when I got there, there was some commotion. There was music, rhythm, beats, and a parade? I decided to investigate, and what I found was perhaps the largest street party I have seen in a while: the Festa dels cors de la Barceloneta.

This street fiesta is composed of several groups. Each group is made up of their own band, as well as dancers. They parade all over the neighborhood of Barceloneta, which is this neighborhood near the waterfront which is known for having very narrow streets. Every corner has some sort of stage that is set up, and so what happens is when these groups reach these stages, the band climbs it and performs, while the dancers do their thing on the streets in front of it. When their routine is finished, the band climbs down, and they move on to the next stage, making way for the next group to do the same.

This was fun; the bars actually opened their windows and sold food and drink. I myself bought a beer while taking photos of the activity. On the pictures I have below, you'll see the dancers who carry these large sticks. Those represent the profession of the dancers. So I guess there are different groups for different professions; the fish vendors dance together, the carpenters, the bakers, and so on.

Anyway, I don't have much to say here; I'll just post my photos below. If you find yourself in Barcelona in May next year, try to find when they have the fiesta, as it is really a fun thing to watch. 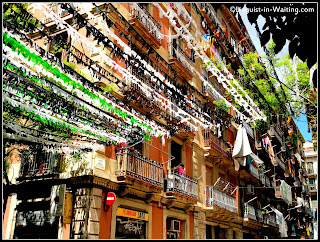 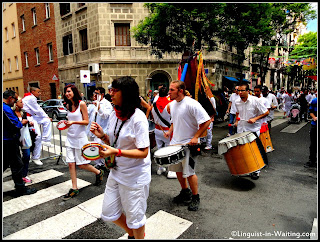 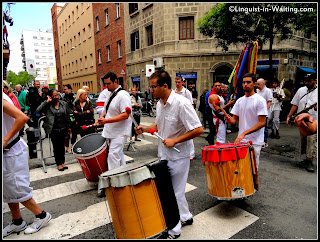 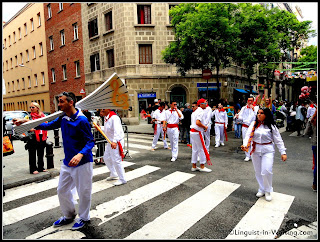 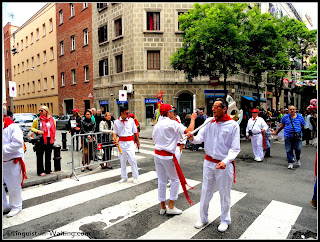 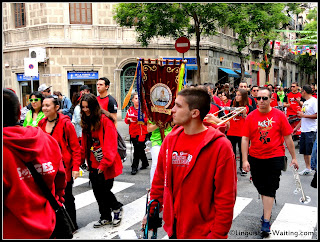 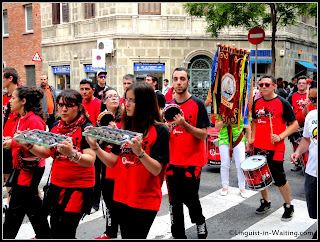 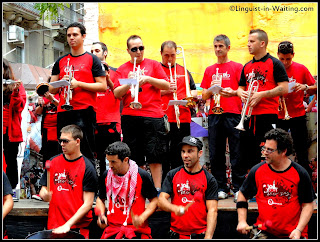 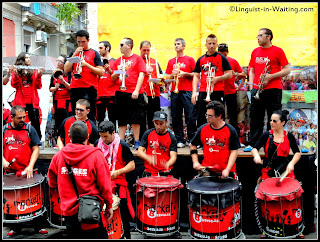 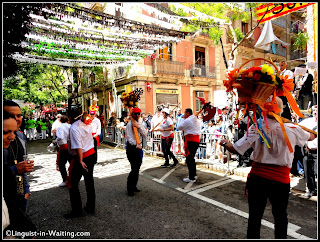 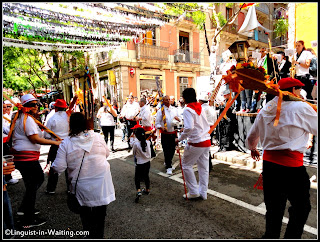 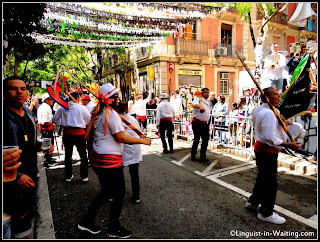 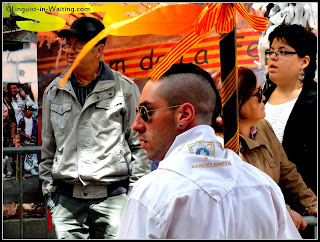 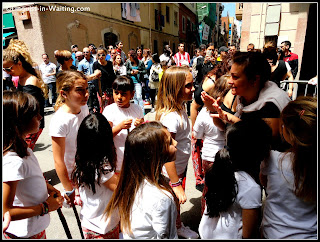 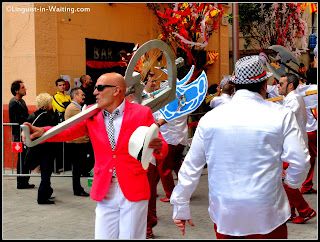 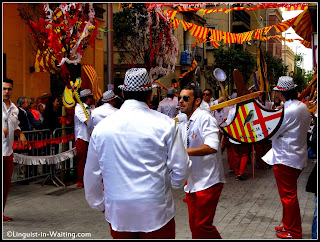 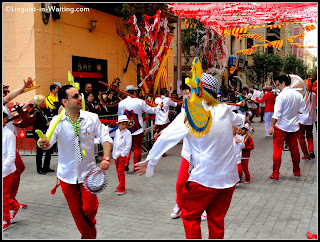 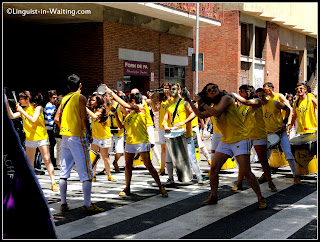 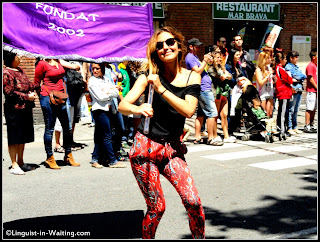 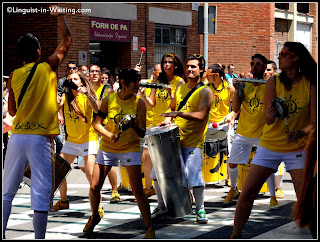 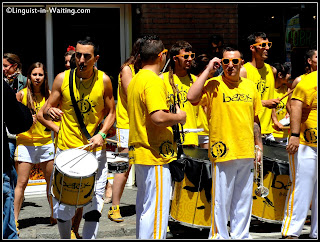 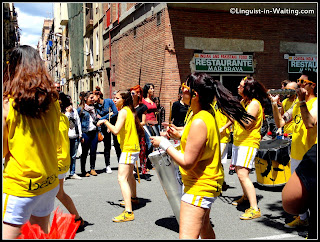 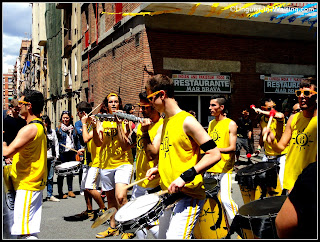 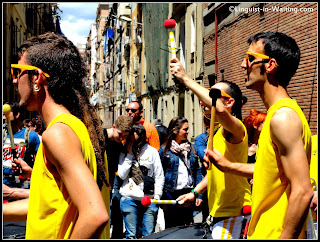