Of course, I didn't go to Basel only to visit the Roman Ruins in Augusta Raurica. I also took a little bit of time and strolled around the Altstadt, or the Old Town. The thing with Basel is that it is not a city that is a tourist magnet; there were visitors, but they weren't all over the place, like in other European big cities. This town has a more modest tourist crowd. 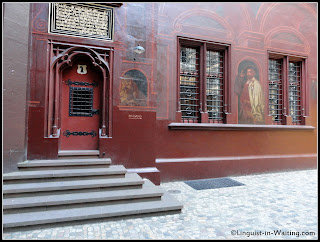 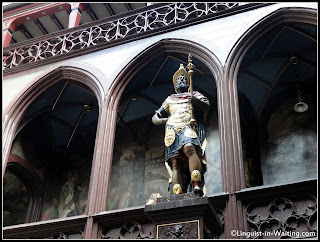 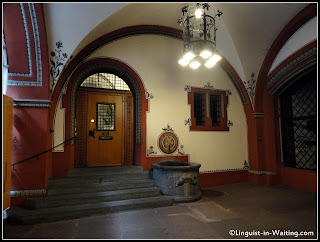 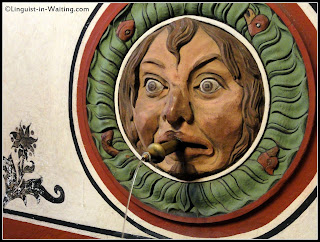 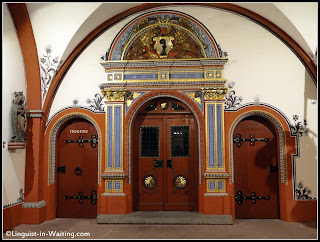 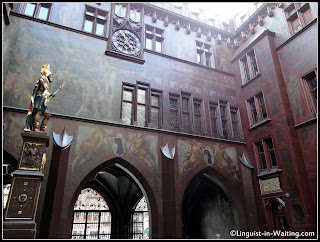 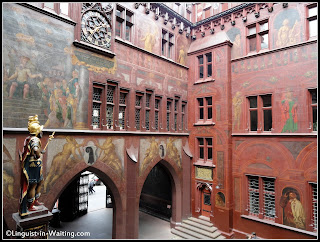 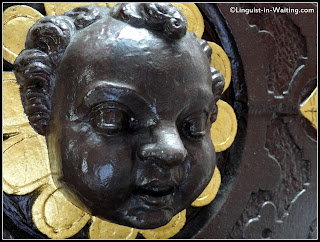 Of course, my first stop was the Basler Rathaus. This is a very bright red building at the center of town. The gates are always open during daylight hours, and one can freely walk and stroll inside. Check out the interesting gargoyles that are featured in plenty of the fixtures inside the building, as my photos above show. 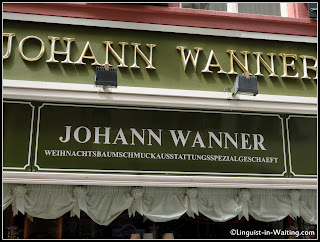 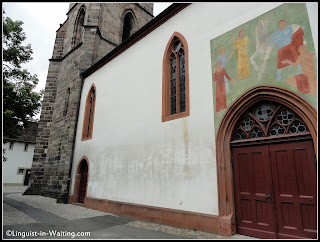 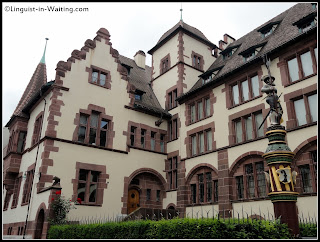 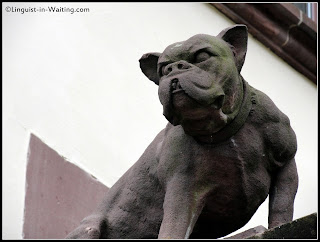 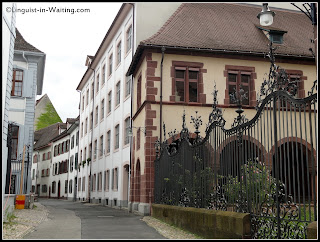 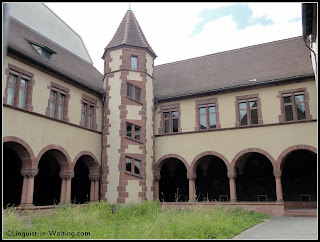 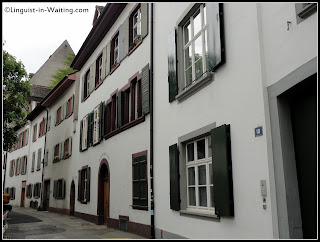 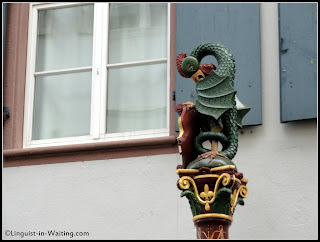 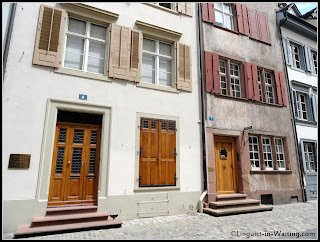 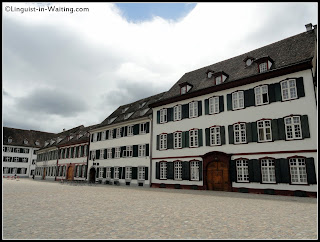 Strolling around the city, I somehow found what seems to be the longest German word I have ever encountered. The first picture in the set of photos above shows that. They sell Christmas decoration supplies.

Other things depicted by my photos above are the scenery from the old town. There are interesting walking tours that are self-guided around the city. Just follow the markers all over town and you'll be lead to different nooks and crannies that are interesting. 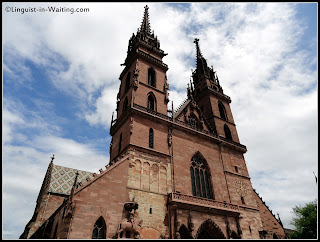 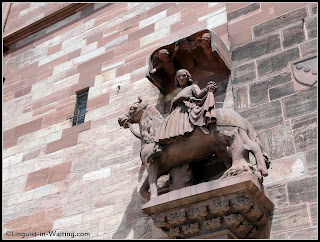 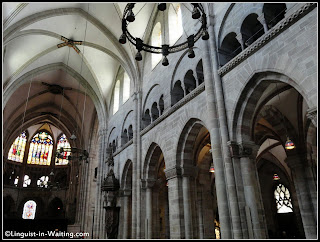 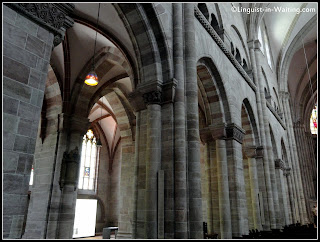 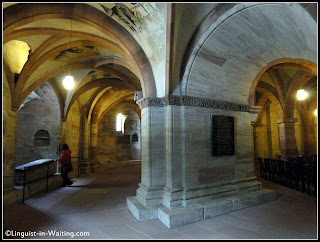 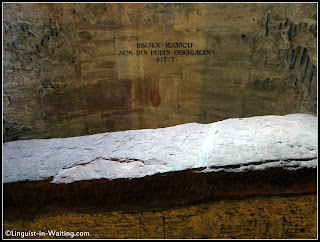 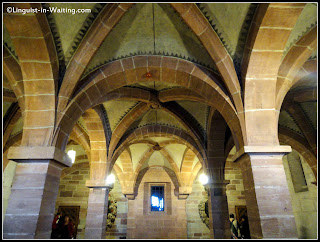 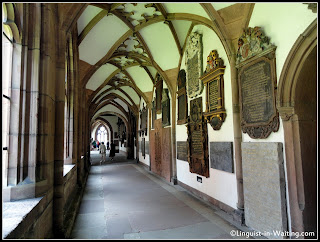 Of course, we went to the Basler Münster. I guess a typical European city has to have a large church, and this one is Basel's version of things. It was huge, but unlike other churches that I have seen in the past, it wasn't crowded. I just remember my visit to the church in Strasbourg and there were so many people in that church. This one was nice because one can still breathe inside. 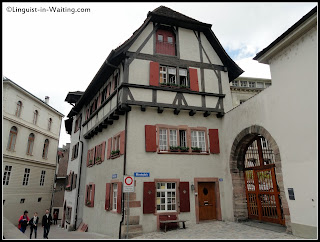 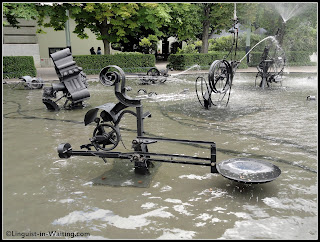 Finally, we took a walk further, and found some houses that resembled like they could be in Alsace or Baden-Württemberg. Well, it is relatively close by, so it wasn't surprising.

Finally, we found the Tinguely Fountain. Jean Tinguely was a Swiss artist who produced sculptures satirizing mass production of machines. So the fountain as shown by my photo above has plenty of moving parts, yet they really don't do anything. I actually like the idea behind the art, and hence enjoyed watching the water just circulate in that fountain for no purpose.

So, that was my visit to Basel. It was an expensive town, yet given that I know good people there, I think I'll visit again sometime.