I guess it took me a year to notice that this memorial exists, but I only knew about this one when I was on the M10 tram from Nordbahnhof, and I was heading eastwards, on my way to Mauerpark. Little did I know, there was a memorial about the Berlin Wall just a few stops from Nordbahnhof.

So one day, I decided to visit it. Together with my camera, I took the S-Bahn and rode all the way to Bernauer Strasse, where this memorial is located. The Gedenkstätte Berliner Mauer (Berlin Wall Memorial) was constructed by the Federal Republic of Germany as well as by the Government of the State of Berlin. It spans two tram stops, and has a church, as well as audio guides. 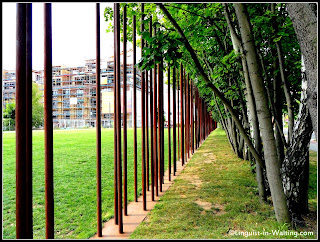 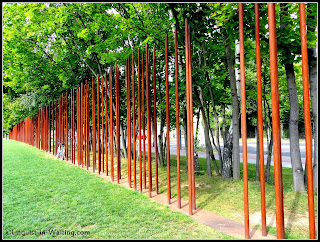 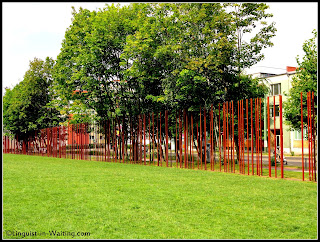 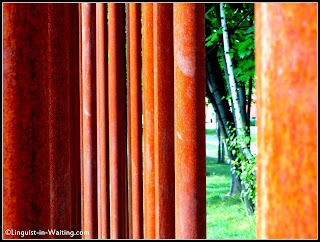 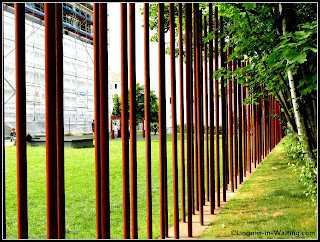 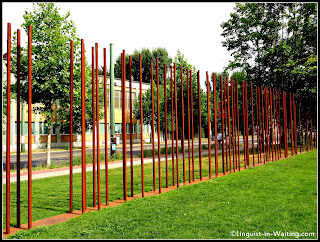 As you can see, several copper poles now represent the location of the former wall. The wall spans about 165 kilometers. It surrounded the former West Berlin, and basically cut the city into two pieces. Because of this divide, Berlin was the city where the most visible division of the Cold War is located, and it resulted in huge changes for its population. Ghost metro stations occurred, and people's livelihood were disrupted. People who were former neighbors cannot interact with each other anymore. 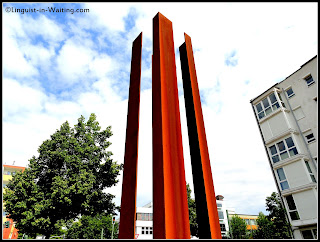 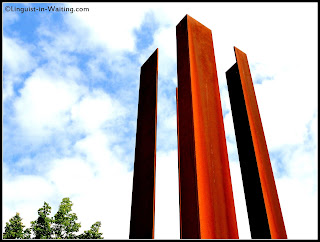 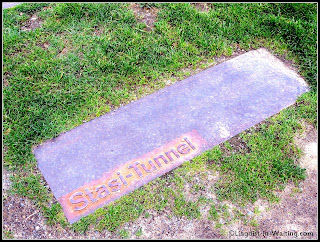 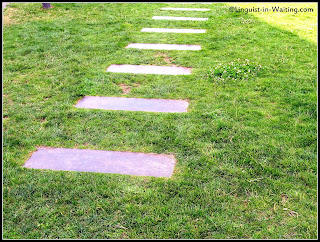 Here you can see representations of old border posts and watchtowers. Nowadays, it is artistically done in copper, but I can safely assume that when the wall was still standing, it didn't look pleasing to the eye at all. This memorial also tracks the locations of various tunnels that were constructed in this area. You can see concrete blocks on the ground showing where the tunnels were dug and where they lead to. 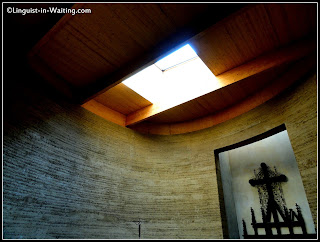 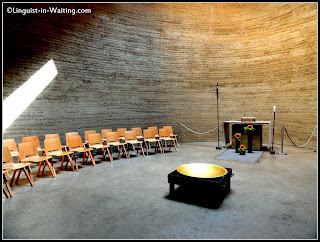 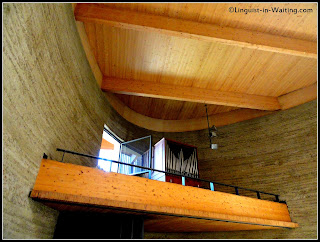 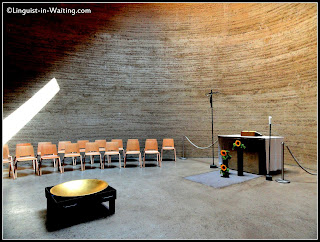 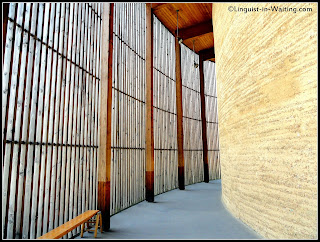 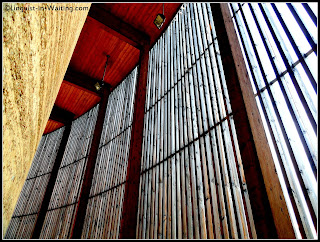 In the memorial, there is the Kapelle der Versöhnung (Chapel of Reconciliation). This is a round church within a round structure. There used to be a church that stood here, but that was abandoned, due to the fact that it was located within the death strip (no-man's land). Hence, its use disappeared. After the reunification, another church was built in its place, with a rather splendid architectural design. I like the fact that there is a round cage-like structure encasing another round church. Quite modern, if you would ask me. 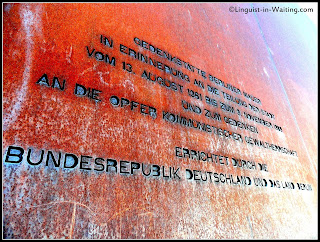 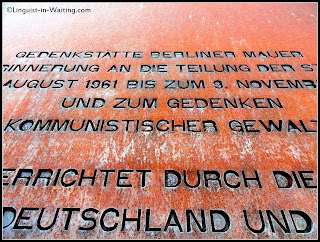 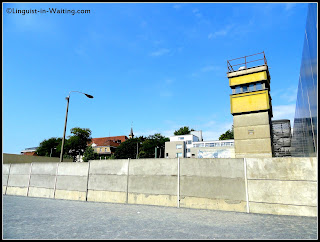 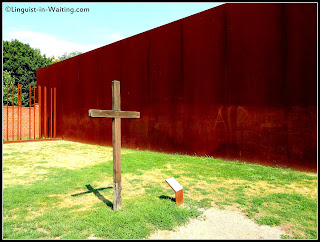 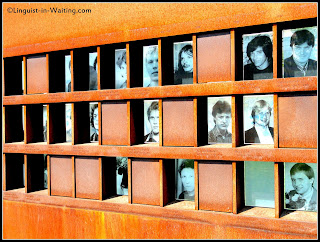 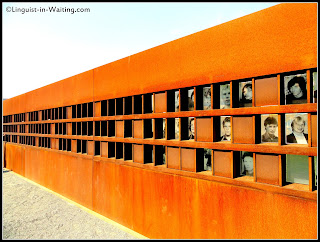 More copper here, showing a preserved side of the wall, a preserved watchtower, and the portraits of some of the victims of this human atrocity. As I was born several decades later than the wall, I personally do not have any feeling regarding the divide, but during my stay here in Berlin, I have met people who have memories of living on both sides of the border. Life definitely was different back in the days. I am glad that I have been able to live in this vibrant city when both sides have been together, otherwise, it would have been a very different experience.

This memorial is on the tourist circuit. If you want to visit it, I suggest checking it out early morning, when the place can be deserted. It gives a totally different feeling than when you're with several other people wanting to listen to the recorded stories that play from the sound booths.