Cavorting in the Caucasus: Saint Hripsime Church in Echmiadzin

The first thing I saw while I was in Yerevan was Echmiadzin. This is the holiest city of Armenia, acting as the headquarters of the Armenian Apostolic Church. As I joined a tour that focused on the religion in Armenia, I saw plenty of holy sites during my first day of sight-seeing. This church was the first thing I bumped into.

Saint Hripsime Church in Echmiadzin (Armenian: Սուրբ Հռիփսիմէի եկեղեցի) is one of the oldest churches in Armenia. I cannot believe it when I heard that this structure was first built in 395 AD. Armenia happens to be the first Christian country in the world, having converted to Christianity in 301 AD. This church houses a saint, built on top of a pagan structure where Saint Hripsime was martyred. 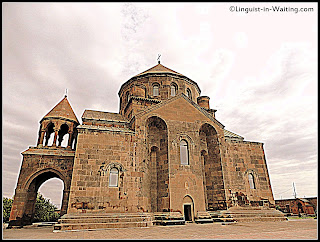 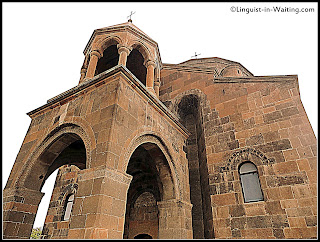 I was so sleepy that day (my flight arrived at 3:35 AM, and I didn't get any sleep), but regardless, I still got out my camera and took pictures. I just drank a lot of coffee and cola. I was excited because this was the first time I would be seeing these structures in person. Before, I only saw these little churches in pictures in encyclopedias and on the Internet. I really had goosebumps thinking that I would be seeing these structures live. 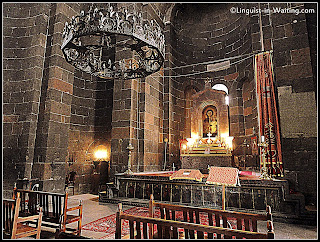 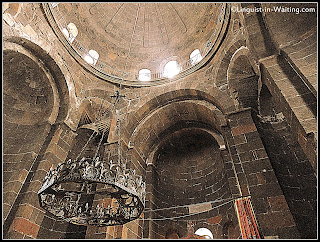 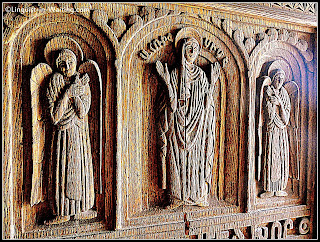 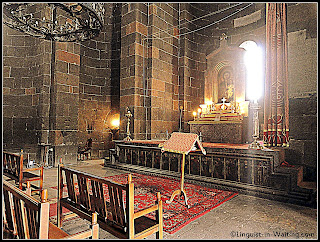 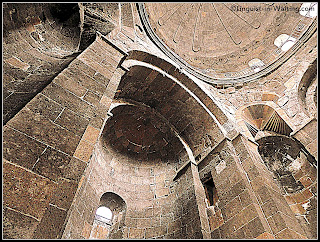 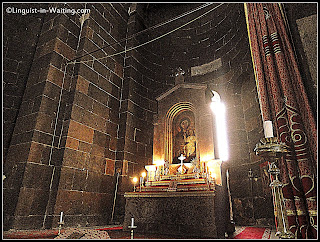 What is typical of the Armenian church architecture is that they are built using the red limestone bricks that are so prevalent in Armenia. Hence, most if not all the churches have this shade of red and pink color. Saint Hripsime Church is not an exception.

The interior is very simple. It featured a couple of chairs, but later on I would realize that this is an exception, as most churches of the Armenian Apostolic Church do not feature chairs to sit down. Instead, like churches from Eastern Orthodox Christianity, people would just be standing up inside. 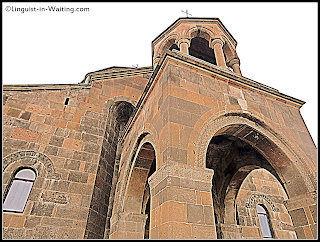 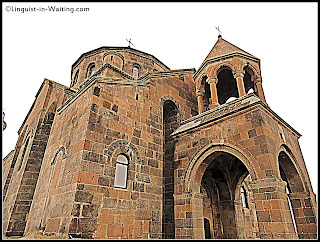 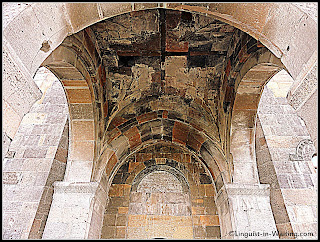 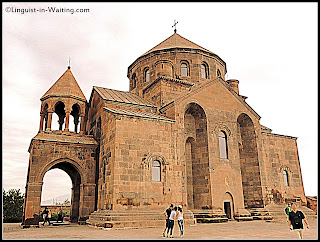 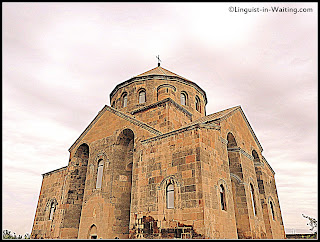 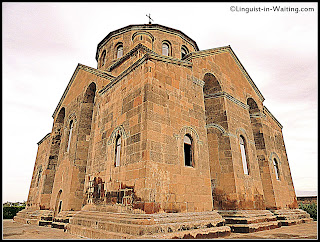 This church is actually listed as a UNESCO World Heritage Site. There are several churches in Echmiadzin, and most of these churches are listed as a World Heritage Site jointly. One thing I noticed here is that women have to cover their heads whenever they need to enter the church. In fact, in some churches, there are scarves that women can borrow in order to enter, in case they do not have one. Men, on the other hand, have to wear trousers; short pants are typically not allowed. If they are wearing short pants, then they would be asked to wear some sort of sarong, which again, is readily available at the entrance.

One other thing I noticed in Armenian churches is that there seems to be several hidden nooks and crannies. This church is not an exception to that; there is a small room where the Saint Hripsime is supposedly buried. I saw the tomb, but as it was too dark and too crowded in there, I didn't even attempt to take a photo.

The tour I joined that day was named "Enlightened Armenia". By the end of the day, I visited so many churches and religious places, I was definitely enlightened. This was the first church I visited during my stay, and there are more to come.