Cavorting in the Caucasus: Ananuri Castle

While I was traveling from Kazbegi back to Tbilisi on the Georgian Military Highway, I asked the driver of our cab to stop here. This is the Ananuri Castle, about 45 kilometers away from Tbilisi. I am actually glad that I hired a cab to go back to Tbilisi, rather than opt for the cheaper marshrutka, because otherwise, I wouldn't be able to stop here and spend an hour exploring this place.

This castle was actually the seat of power of medieval dukes, and is actually a working castle until the beginning of the 19th century. Right now, it is just a tourist attraction, but I was told it is on the tentative list of inclusion for UNESCO World Heritage Site status. I have to say that it has a lot going on for it: the scenery is just amazing, and even though it is right by a very busy road, its beauty still doesn't seem to be deteriorating due to easy access. 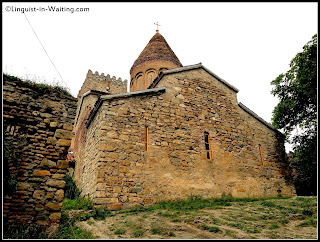 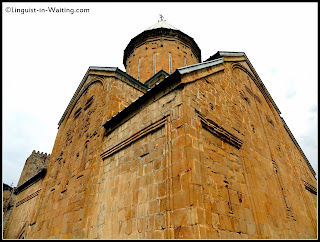 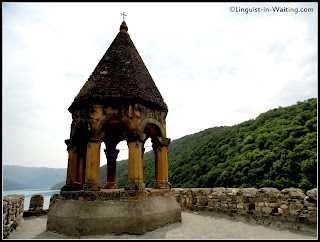 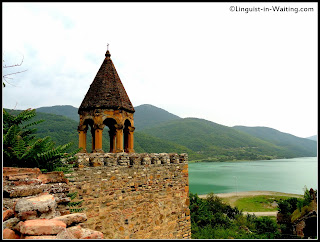 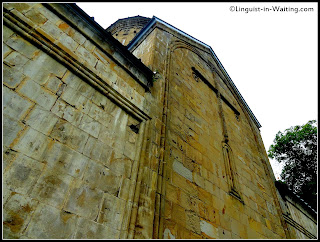 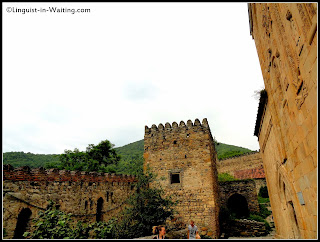 This castle had several places one can explore. There was a church inside, there was a little courtyard, there was a small building that didn't seem to have a religious function, and so forth. And most of all, there was a wall that acted like an awesome balcony overlooking the lake. 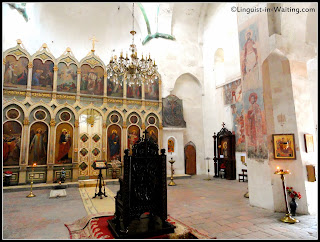 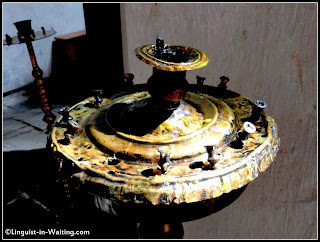 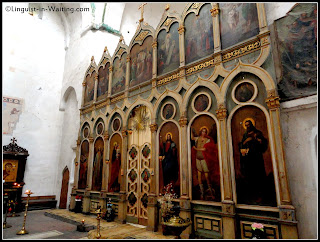 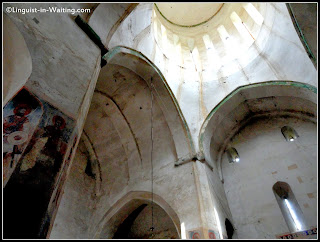 This was the interior of the chapel in the castle. As usual, it wasn't extravagant, but it had more light in there than the typical churches I have visited in the area. 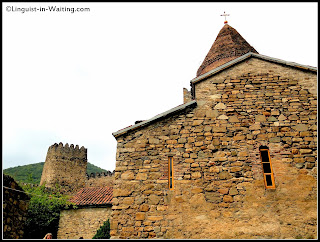 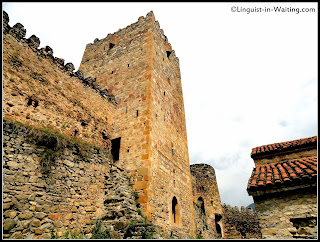 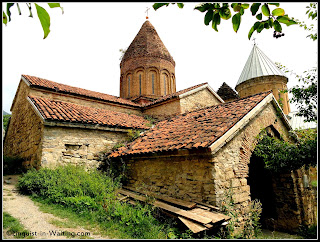 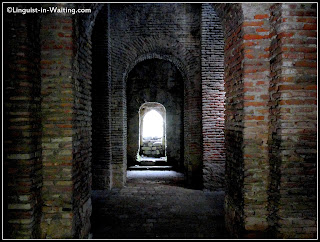 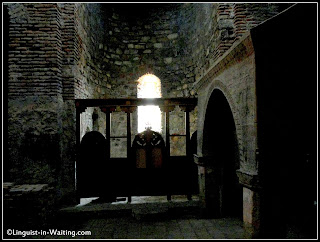 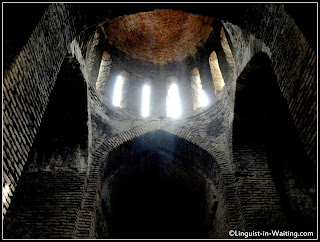 Some areas of the castle had these dark rooms and passages, and at times, it was actually a little creepy. 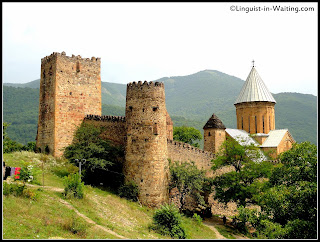 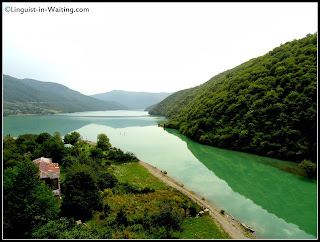 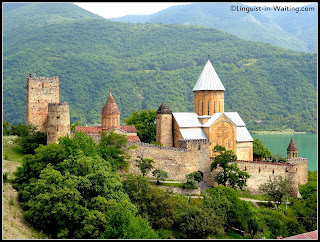 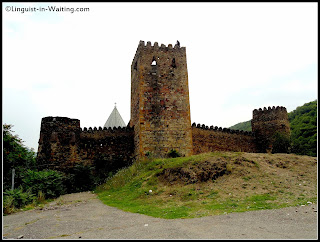 But perhaps the thing I like the most about this place is the view. It was very green and lush, especially considering where it is located. It overlooks a lake and a valley. And I suppose as a bonus, this was the first time I actually saw the cover of my guidebook. This castle was actually featured as the cover photo of Lonely Planet's guide for Georgia, Armenia, and Azerbaijan. And so for that, I was happy!

Entrance is free; there are souvenir stalls at the roadside, but they are not intrusive at all to visitors to the castle.