Cavorting in the Caucasus: Downtown Tbilisi

Oh, Tbilisi. I didn't expect you to be so pretty.

See, the thing is, before I headed to the Caucasus, I had absolutely no clue about what the place looked like. I knew there would be awesome old churches. I knew there would be mountains. But I didn't expect the capital city to be so cosmopolitan and sophisticated. I felt like I was in Europe at times. And yes, there are several unique things that make this city rather special. 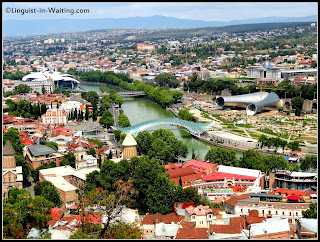 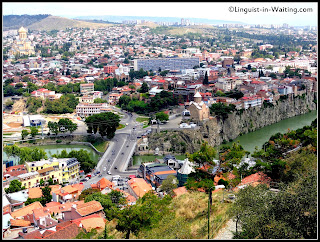 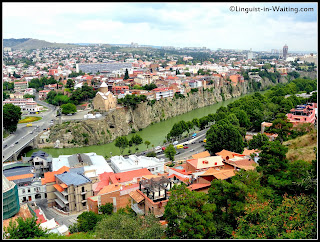 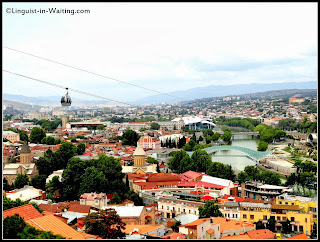 First of all, let me say how much I love the view. Yeah, I went up to the hill containing the Nariqala Fortress (I used the cable car to do so), and then took the photos you can see above. I love the fact that the river is not just a simple flat river, but rather, a river right next to a cliff. I love the modern and avant-garde-looking buildings. I love the contrast between the green spaces and the red and brown brick buildings. It is just a city layout that I haven't seen before, and it was very much visually fascinating. 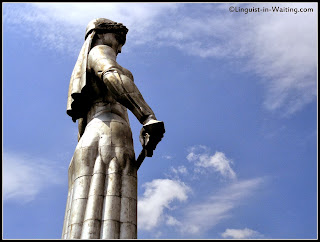 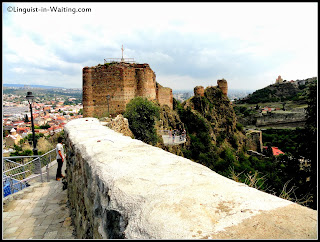 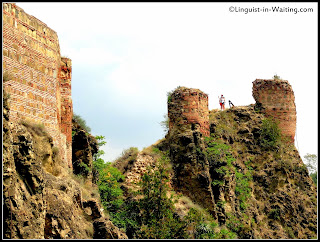 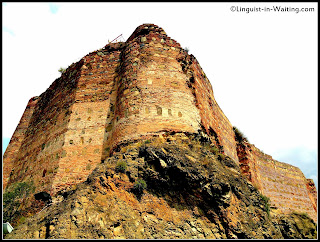 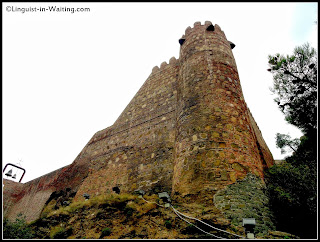 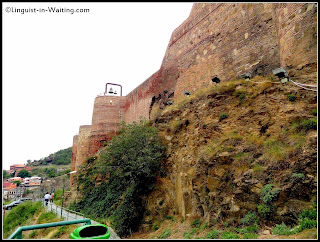 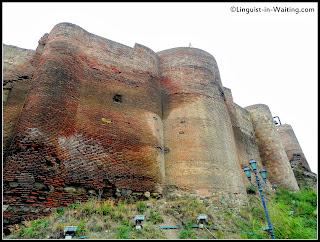 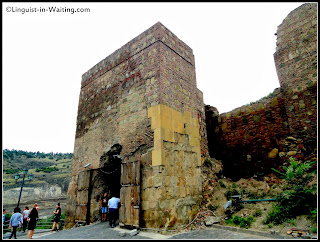 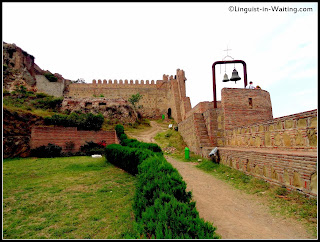 I also explored Nariqala Fortress, which guards Tbilisi from the hill above. I mentioned a cable car earlier; you can ride it using your subway card. It only costs one lari to get a ride. It is fast, but also slow enough to give you enough chances to catch a good photo from the window. The station at the top of the hill brings you to the landing where you can walk all the way to Mother Georgia, which is this large female statue that somehow, all former Soviet capital cities seem to have (I saw one in Yerevan as well).

Immediately below the Nariqala Fortress is Old Town Tbilisi. This was the place where I stayed in for a few days. It was crumbling, and it wasn't like other old towns in Europe, where you can see that it was clearly restored and is brand-new, and is now just a huge shopping area (I am looking at you, Düsseldorf!). Tbilisi's Old Town definitely is old. 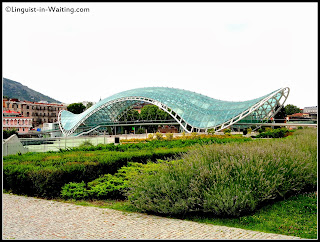 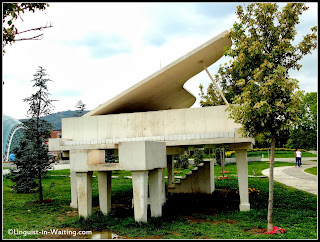 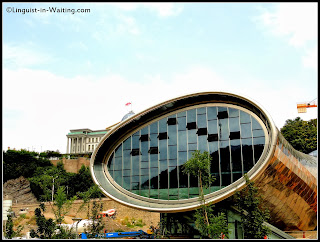 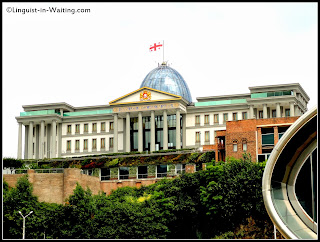 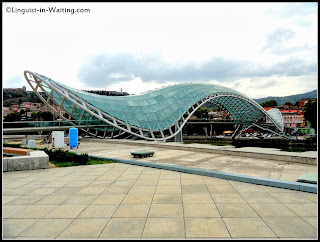 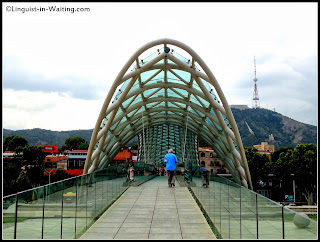 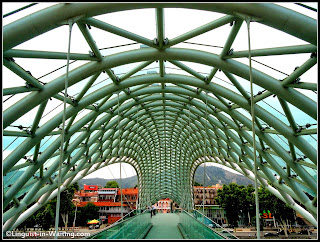 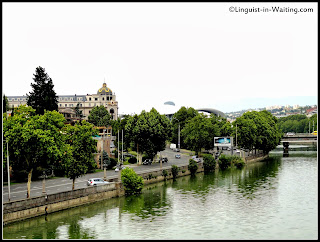 I also explored the riverside park. I went up close and personal with gigantic pianos, plus these tubular buildings that are sitting right below the Presidential Palace. Every government building here looks shiny and new, and somehow, I think I like that. While I was strolling, there was a Georgian mother who had her kids in tow, and she asked me if I could have my picture taken with her and her kids. We didn't understand each other, but smiles definitely did the trick.

You might notice the huge glass bridge. That is the Bridge of Peace, which connects both sides of the river, for pedestrians. Seriously, Tbilisi has some pretty awesome architecture. I almost thought I was in Valencia, Spain.

I would definitely want to be back here sometime, even if all I'd do is stare at the city for a day.