Back to Belgium: The Stella Artois Brewery

While I was in Leuven, I opted to sign up for a tour of the Stella Artois Brewery. Yes, I do drink beer, though I have to say that Stella Artois is not my most favorite beer, as I prefer to go for wheat beers and dark beers. However, as I was spending some days in Leuven, I figured that would be an interesting activity to do while in the city. So I signed up for a tour in advance.

What that meant was I went online and asked for a tour. Normally, they do group tours only, but for the sake of individual guests like me, they typically allow individuals to join these group tours. So when I was there, I joined a huge group of American study abroad students. I met them at the Visitor's Centre, and we all wore this bright reflecting vest, so that people know that we are inside the factory. And I learned a lot about beer-marking during that visit.

The tour was very educational. It started with how beer is made, with the ingredients that are needed. I also had a very olfactory experience, as it was a factory manufacturing food, and so food-related smells were all over the place. The factory is huge, and we started at this very tall building at the very top. 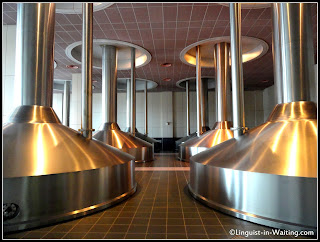 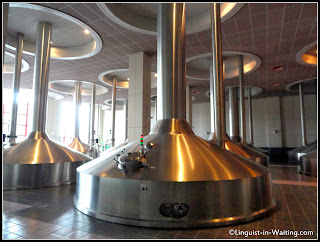 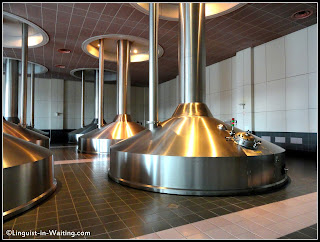 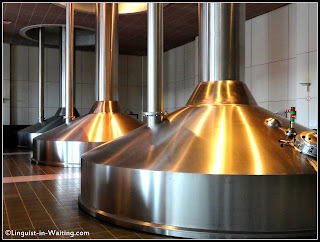 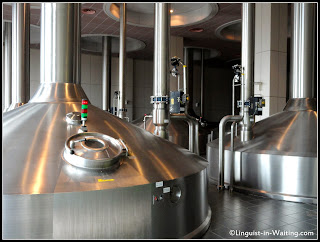 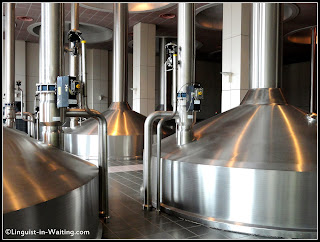 These are huge tanks, and the beer ingredients actually go here one by one, being boiled and cooled and boiled and cooled. I don't remember much of the process, as I was more interested in seeing the large equipment that is needed to brew large quantities of beer. 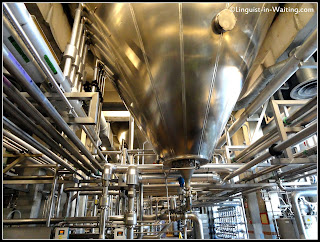 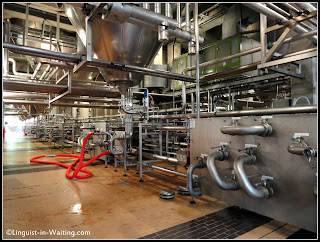 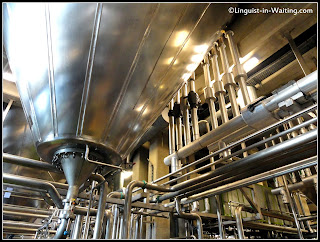 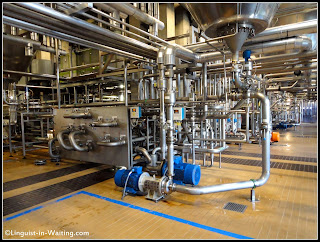 The beer brewing process is very long, which is why it takes several buildings to do it. There was a hot building, because that was where all the boiling happens. And then there was a cool building, because that is where they lower the temperature. The above pictures show the cooling building. There are plenty of tubes, and yes, they are very confusing. The whole operation is managed by a team of brewers monitoring every activity through computer. 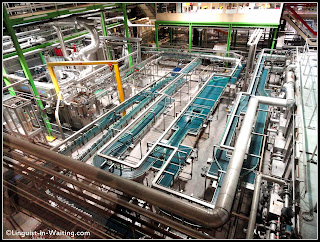 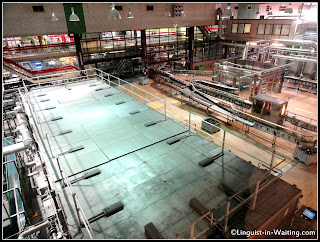 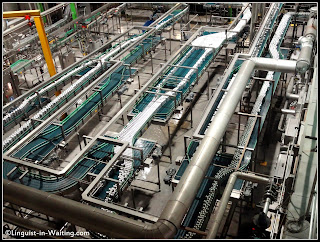 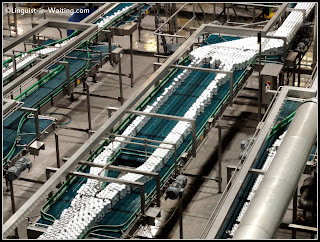 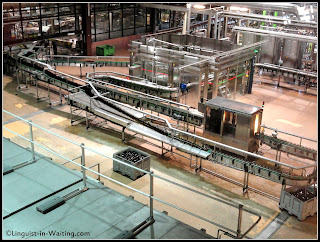 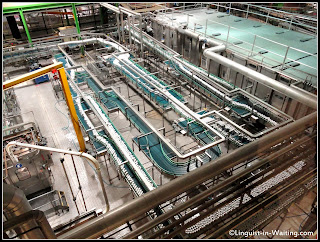 Perhaps my most favorite part of the tour was the final part. That was the beer tasting session. However, before that, we saw the bottling process. There were plenty of moving parts, and I saw bottles and cans going all over the place, running over conveyor belts, being turned upside down and right side up, and being bottled and canned. It kept me amused for quite a bit.

After that, we went to the lounge, and we all were given a big glass of Stella Artois. It was pilsner, which is again not my most favorite type of beer, but I now have a heightened appreciation on the processes that go on with bottling these beers. It was very interesting, and if you have a particular interest on this type of drink, I highly suggest visiting this factory for a guided tour. Check their website for reservations.