One time back in September last year, I had a couchsurfer. He happened to love flying as well as travel, and so while he was in town, we decided to check out the observation deck of Berlin Tegel Airport. I brought my camera with me, of course.

See, this is my favorite airport. It is the little airport that could. It is not large and expansive, like Frankfurt or Munich. It is just small, with a main terminal that is shaped like a hexagon, and a couple of other terminals. It is small for a big city like Berlin, which is why they are trying to build that embarrassment of an airport in the south, which is, by the way, so massively delayed already, to the point that people don't even know when it will be opened. In the meantime, I am hoping that it gets delayed as long as it can, because Berlin Tegel Airport is actually just a couple of short bus rides from where I live. This is definitely my neighborhood airport.

It is small, yet it can get you places. I love it. When I went to Malta last month, I took a taxi because my flight was very early, and from the curb where I was dropped off by the cab, it was a mere ten meters to the check-in area, and the gate was another 20 meters from there. Very efficient.

The following are some of the pictures I took while I was up there on the observation deck. 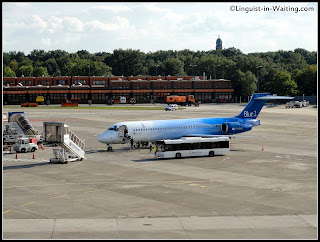 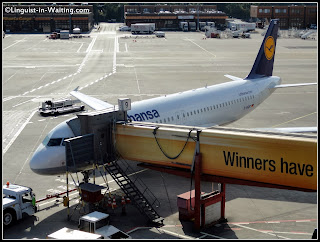 Here you see a Blue1 Fokker that is unloading passengers from Helsinki, as well as a Lufthansa Airbus A319 at the gate. 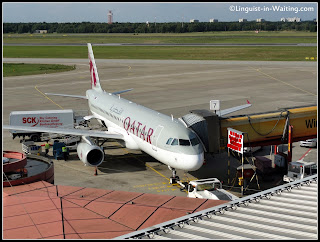 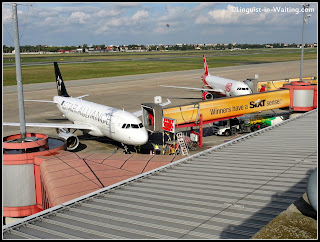 Here you see a Qatar Airways Airbus A320 headed to Doha, as well as a Croatia Airlines from Dubrovnik which just arrived. 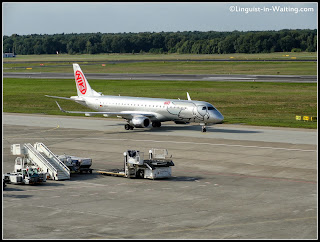 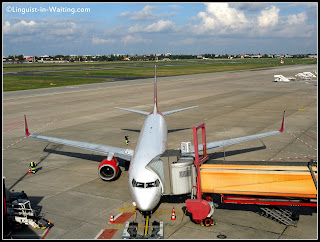 Here are a couple of NIKI planes with different liveries. 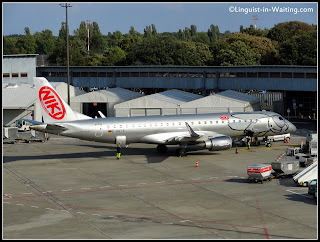 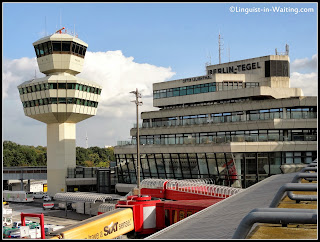 The Embraer E190 of NIKI parked right by the control tower, which is in Terminal B. 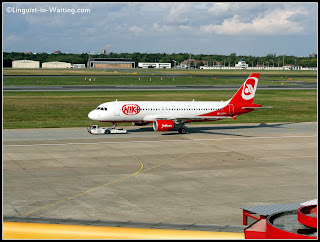 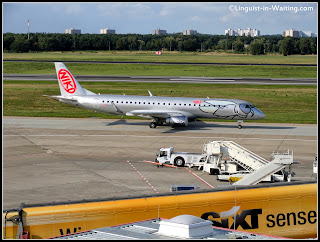 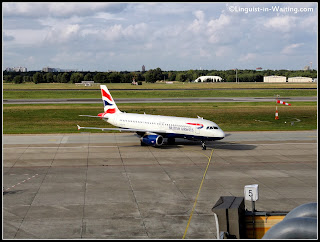 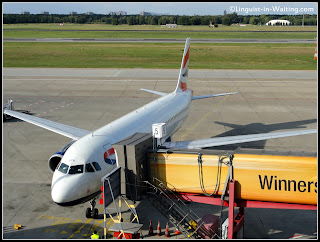 And while we were up there, a British Airways Airbus A319 coming from London-Heathrow taxied and parked to the gate. 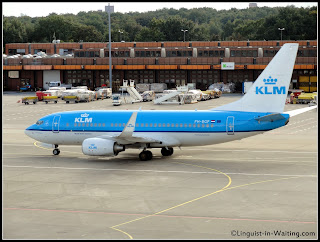 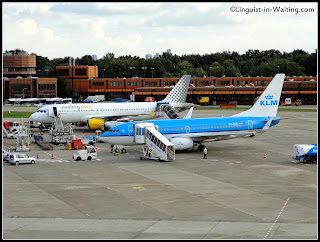 A KLM Boeing 737 from Amsterdam also arrived, and then parked at Terminal D, next to a Vueling Airlines Airbus A319 from Barcelona. 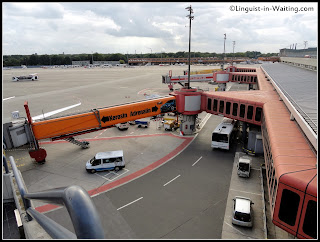 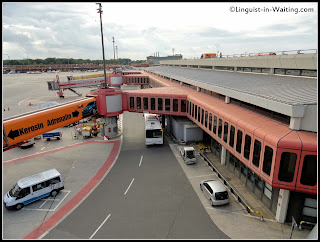 Finally, two shots of the airside area from Terminal A.

Oh I love this airport.