When my sister was here visiting me in Berlin last year, I took a couple of days off to hang out with her. One of the places we went to was the Jewish Museum in Berlin. Apparently, it is one of the must-see places here in the city. So I also decided to check it out.

Overall, it was a huge museum and there were plenty of interesting and informative things inside. However, to be honest, it wasn't a museum that I enjoyed a lot. Mostly because it was religious in nature, and displayed the atrocities that Jews suffered in their history, as well as displaying family life in Jewish society. And I couldn't help myself but think that religion (such as Judaism) is such a negative influence in humanity, and that plenty of bad things that happened in the past (and are happening in the present, for that matter) could easily have been avoided if there was no religion in the first place.

Anyway, the purpose of this post isn't to promote atheism, but to display some of the photos I took inside.

The thing I liked the most in this museum are the architectural exhibits. So let me start from that. 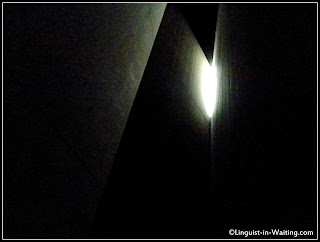 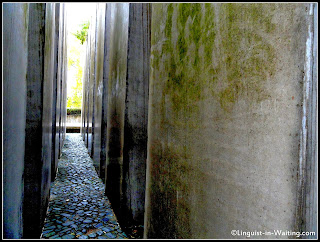 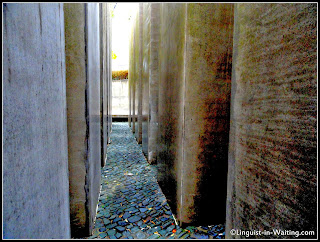 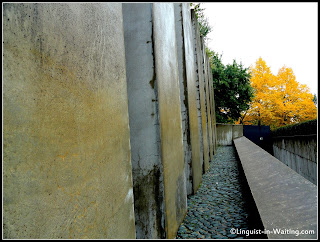 In order to enter the museum's exhibits, one must pass through an underground tunnel and exhibition space first. The thing is, the museum is composed of two buildings, an old palace-looking one, and a new shard-of-glass-looking one. But one must enter through the palace in order to enter the shard of glass, as both are linked only through an underground tunnel. And there are interesting concrete formations in the tunnel, such as these pictures above. 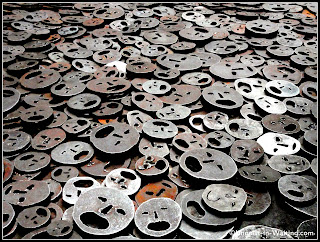 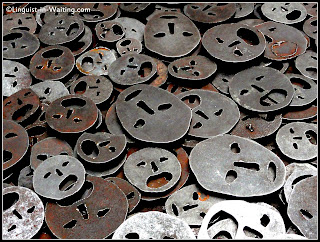 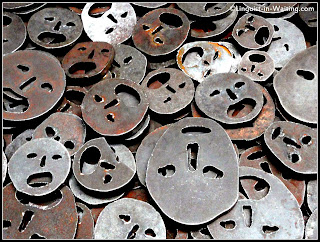 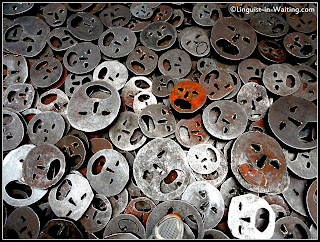 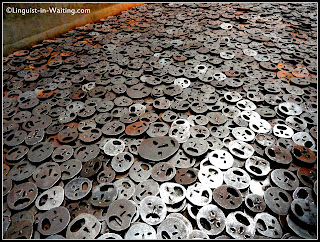 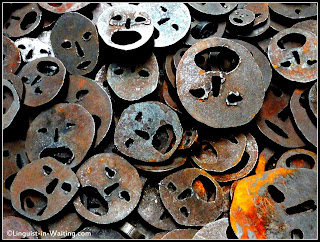 Perhaps the most curious and interesting thing I saw inside the museum was this exhibit, consisting of metal plates carved out with human faces, and scattered along a narrow concrete passage. Visitors are encouraged to walk on top of them. And when they do, the exhibit just does these clanging and screeching sound, which is almost painful to the ear. 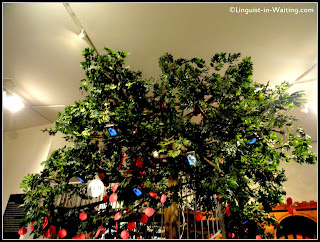 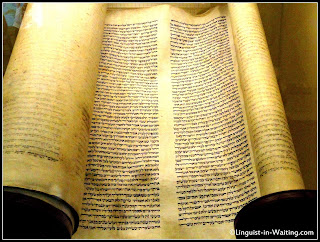 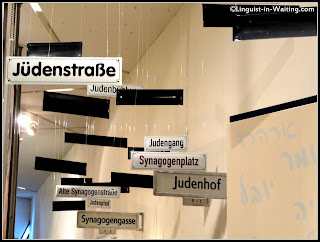 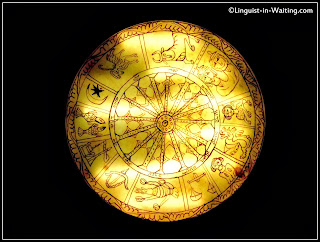 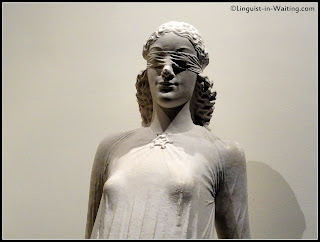 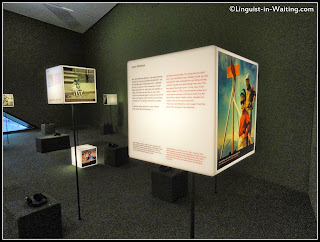 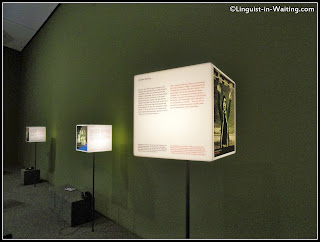 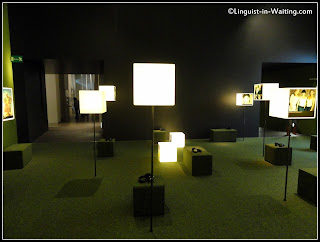 There were other exhibits, but mostly they touched upon the daily life of the Jews, and I found myself having these internal debates about inequality brought upon by religion, as I was rather not too impressed by the religion's treatment of women. Oh well, that's for another blog post. Anyway, if you are interested in this topic, then by all means visit this museum when you are in town. Personally, however, I feel like I had other interesting places in the city I have visited.