Of the many neighborhoods in Berlin, Prenzlauer Berg is perhaps the one that has attracted me the most. I don't live here myself; I live in Wilmersdorf, which is in the former west (and therefore is uncool, as they say). The other neighborhoods might be charming, but Prenzlauer Berg is the place where I can see myself living in. That being said, since it is in the former east, everyone wants to be there, and therefore the rents are high. Hence, I myself am not living there. Good thing Berlin has good public transportation, and therefore I can get there easily.

So what makes this place charming? Well, it is alternative, sort of. It has cool restaurants. It isn't as wild as Kreuzberg or Friedrichshain. It has this impression of the place where hipsters settle down when they grow out of their radical shells and decide to grow up and have a family. You see plenty of people pushing baby strollers. I like the cafes. Plenty of good coffee shops can be found. Hence, I wasn't surprised when Lonely Planet has a walking tour that concentrates on sights found in the neighborhood. So when my sister was here in Berlin in October last year visiting me, we decided to do this walking tour together. 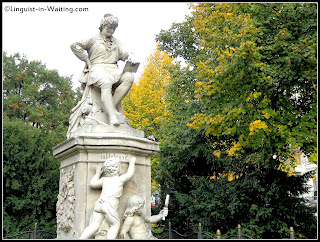 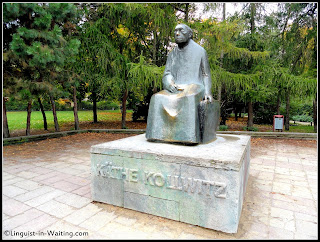 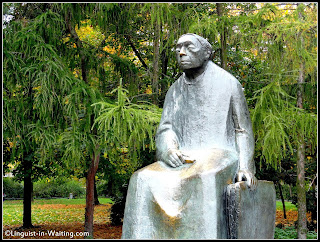 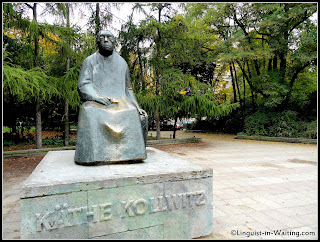 First, we began on Senefelderplatz, which was a station on the U2 line. This plaza was named after Alois Senefelder, who invented lithography. In fact, if you look closely at the picture above, his name is written backwards, because that is how lithography works. The three other statues depict another famous person, Käthe Kollwitz. She was an artist, and she has a museum a few minutes walk from this place. She is also known for the sculpture inside the Neue Wache on Unter den Linden. 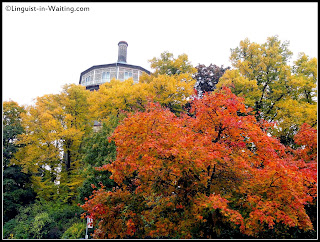 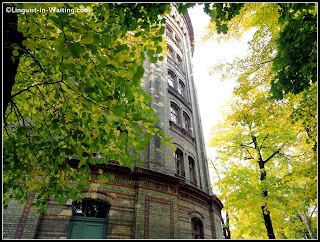 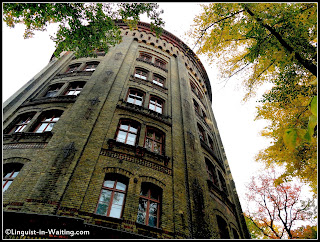 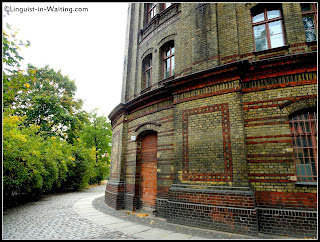 Next up is four pictures of what I think is the coolest building in the neighborhood. This is the Prenzlauer Berg Wasserturm. It is a round building, which is beehived with fancy apartments now, but it used to be a water tower. I can only imagine what it would be like living in one of the flats in this building, in the middle of a park. 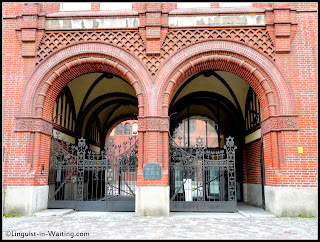 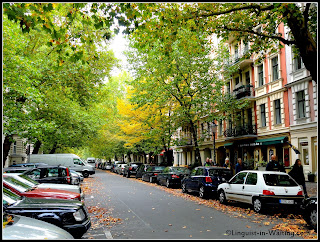 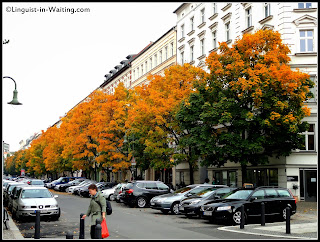 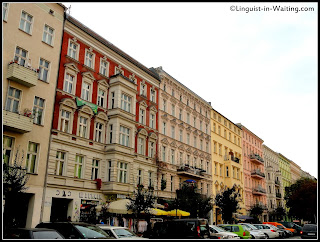 The next four pictures depict some street life in this area. There are plenty of trees, which is a nice change from the rather very concrete jungle feeling of Mitte. It is always nice to take a stroll in these streets. 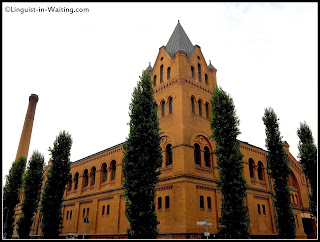 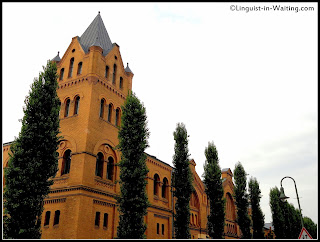 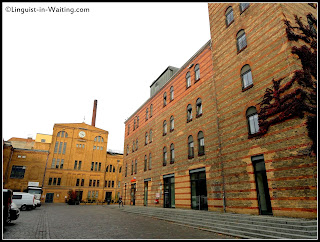 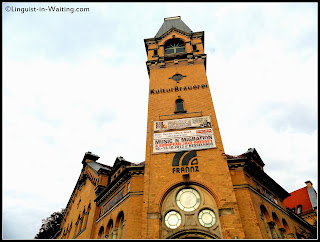 Finally, here is the Kulturbrauerei. This complex used to be a brewery, but no alcoholic beverage is being brewed here anymore. Rather, they brew culture. It is one of the few well-preserved examples of industrial architecture in Berlin that dates from the 19th century. Nowadays, the buildings are used as shopping areas and I think there is also a cinema in here.

So there, even though I don't live in this neighborhood, I like it enough that I frequent it. It's about a half hour away from my place, but given its charm, I don't mind the distance.