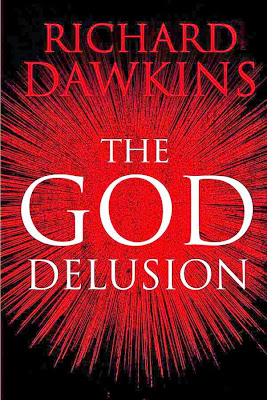 This is one of those books in which I was at first hesitating whether I should read or not. After all, I broke free from religion back in 2008, when the threshold was finally reached and I had enough of religion. However, I suppose I didn't read this book for the longest time because I wanted to form my own opinions, and so I wanted to really examine the evidence for believing (or not believing) in a deity. Besides, if I claim to be an atheist, and yet I only do so because I parrot back other prominent atheists' statements (such as Dawkins') then I am not actually examining the evidence. Instead, that is just tantamount to replacing faith-based dogma in God with faith-based dogma in atheism. In short, I had to decide for myself what I really believe in.

Needless to say, this is probably a very different book review from my other book reviews, as I cannot help but infuse this book review with my own personal experiences with being in a religion for 26 years of my life.

Anyway, I don't know how to start this book review. I should say that this book is very well-structured. In fact, this is perhaps one of the few books that I have decided to keep and store in my library, even after reading it. In ten chapters, Dawkins does a very good job in convincing the reader that there really is little to no evidence in support of believing in God. At risk of repeating the book, I am presenting a few of his arguments here, which are the arguments that I personally think are important.

On the point of religion and indoctrination as a child: When I was growing up, I only encountered one religion. My parents were raised as Catholics, yet during my early years, they converted to Jehovah's Witnesses. Needless to say, I was raised as one of Jehovah's Witnesses. I personally never questioned that decision while growing up. It was only during college that I was made aware of the fact that I can actually do my own personal investigation of religion. See, most people don't. Most people just "inherit" the religion of their parents. When I was still a Witness, I would go door to door preaching, and people would tell us what their religion were. If we asked why, they typically said that it was their tradition. In other words, it was a tradition simply passed on to them from one generation before.

Dawkins makes a good point about this. Religion and its existence can be explained through evolutionary means. As children, we humans can be quite vulnerable to threats, both physically and emotionally. So our brains evolved in such a way that it is beneficial for children to simply listen to what their parents say. If parents say to their children "Don't play with fire" then the children simply obey. After all, parents have more experience in living than children, which means that there is a high likelihood that parents have more knowledge about what is safe or harmful in this world, than children. However, this evolutionary mechanism doesn't prevent parents from saying "Pray to an invisible person who was born from a virgin" to one's child, and it also doesn't prevent children from simply taking that at face value and doing it. Dawkins makes a strong point equating religious childhood indoctrination to child abuse, because to some extent, that is indeed the case. Parents hijack their children's ability to think for themselves by indoctrinating them with religious dogma at a very young age. And it is sad that most parents do this, because they seriously believe that doing so is beneficial for their child.

Another point I especially liked the most is Dawkins' pointing out that creationists have a flawed understanding of evolution. For most creationists, evolution means chance. Dawkins quotes a book entitled Life: How did it get here? By evolution or by creation? I have actually read this book ages ago, as this is a book published by the Watchtower Bible and Tract Society, which is the publishing arm of the Jehovah's Witnesses. In this book, evolution is always equated with chance, and it is filled with argument after argument (albeit the same argument, however) of how it is seemingly implausible to imagine the universe to have come about due to chance. I remember passages of that book illustrating the probability (which are very low indeed) in which a complex biological operation could have come about by chance. But the point is, evolution is not about chance. Natural selection is never chance. This is rather a sequential and step-by-step improvement over time, where better versions of a gene survive, while ill-equipped ones do not. Chance does not operate like that. Chance, by definition, means that things are random, and because it is random, there is no significant improvement over time that one can observe. This is totally falsified by what we see in the fossil record.

The last thing I want to raise here is with regards to the mystery of religion. Martin Luther once claimed that reason is the main enemy of religion. And sure enough, you have several religions around the world who exalt the mystery of a doctrine, where not knowing is actually a virtue. Faith should be treated as a negative word, in my opinion. I never understood why it is a virtue to believe without having complete evidence. As a scientist myself, I cannot accept nor comprehend why that is a positive trait in religious circles.

So what do I get out of reading this book? I used to think that it would be preaching to the choir, which is perhaps another reason why I didn't read it sooner. However, it isn't. It has taught me a lot of things, and have given me plenty of other things to think about. I used to be not hostile to religion, now I don't think I can still say the same. I used to think that one can harmoniously live together, allowing believers of various religions living side by side with non-believers. But I realized that this is a pipe dream. As long as one believes that one's religion is superior than the other person's religion, as long as one believes that his religion is correct, and the other person will die and perhaps receive eternal punishment because of a false religion, as long as one exercises arrogant moral superiority based on religious views, then I don't think we would live peacefully. There might be moderates when it comes to religion, but religious moderation still gives way to religious extremism. And these are the extremists that have produced the Crusades, the Inquisition, and 9/11.

Overall, I am glad I have finally read this book. Who knows, I might read it again in a year. I totally recommend this to anyone wanting their mind to be freed from the chains of tradition, faith, and delusional belief. I give this book 5 out of 5 stars.