Book Review: The Prisoner of Heaven by Carlos Ruiz Zafón 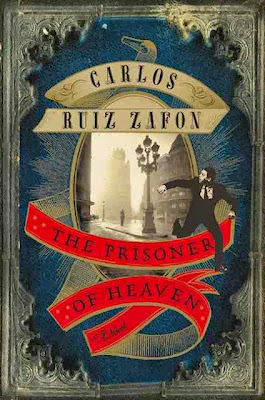 The pages flew by, yet again.

After reading The Shadow of the Wind back in 2007, as well as The Angel's Game last year, I picked up The Prisoner of Heaven, which picks up the action after The Shadow, as well as providing linking material between The Shadow and The Angel's Game. It isn't a very massive book, unlike the others. Yet, it still is a page turner.

This is the story of Daniel Sempere and Fermin Romero de Torres. Most of it are flashbacks by Fermin, who was imprisoned in the castle outside of Barcelona. The main antagonist is Mauricio Valls, a literary fanatic who has a huge delusion of grandeur. This novel reveals that David Martin (the main character of The Angel's Game) was imprisoned by Valls so that Martin can write a novel for Valls, which would then propel Valls to literary stardom. This conflict, however, is minor, as most of the action takes place among the other prisoners around Martin, one of which is Fermin Romero de Torres.

Once again, I am amazed at the persuasive narrative: it forces me to continue on reading, and at some point, I cannot even stop because I want to know what happens next.

However, I have to say that compared to the other two previous books, the action here is a little depleted. I felt like there was no big event in the end that acted as a climax. The chase between Fermin and Salgado felt a little empty, and the whole marriage fiasco, as well as Daniel's own investigation about Mauricio Valls seemed just a prelude to yet another big event and plot twist.

Yes, the book ended with a cliffhanger. So I wish the author just wrote a larger book, instead of dividing the story into two. The way I see it, this book was a little shallow and unsubstantial, yet to give the author credit, he does a great job of hooking people, because I already know that when the sequel appears, I'd rush in to get a copy.

I give this book 3 stars. I like it, but I don't see it as a book that is very profound. It was entertainment, but not food for the mind.