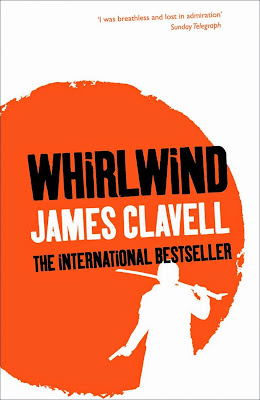 Finally, I have finished James Clavell's Asian Saga! I have begun reading this series of six books, back in 2009. I read one giant book every year, and I finally finished all six of them, starting with Shogun, Tai-Pan, Gai-Jin, King Rat, and Noble House.

Unlike the first five books, this story is not set in East Asia, but rather, in Iran, in 1979. There are connections to the families and companies that were introduced in the previous five books. But for the most part, the narrative here tells about the story of a helicopter company that is trapped in the Islamic Revolution and the Anti-Americanism that has swept Iran during those times.

There were plenty of characters, and the action is spread across the whole country of Iran. In fact, every chapter begins with a map pointing where in Iran the current narrative is at. And I have to say, as much as I would have wanted to enjoy this book, I didn't. And for the most part, I found myself just speed-reading, skimming the text to see if I need to slow down and see if there is something interesting.

Perhaps one thing I like is its vivid illustration on how religious fundamentalism can go wrong. So many people were summarily executed in this book, all in the name of God. How sad. Only because they all believed that their God is better than the other person's, and so forth. In a similar vein, I also don't like the fact that the novel still paints European characters to be superior. It paints Iran as the enemy here, and one grandiose act of trickery is accomplished at the very end. I suppose there is a thing to be said about playing on stereotypes.

Anyway, I am glad I have finally finished this book, and I have finally finished this saga. There were predictable characters, and while I enjoyed the first couple of books in this saga, I have to say that I didn't enjoy the books which were set in the twentieth century. The more I read of Clavell, I more I hate his writings. Perhaps it is time to stop reading him and switch to reading something else.