Last winter, in January, I had the chance to enter the German Chancellery Building, also known as the Bundeskanzleramt. This is Germany's equivalent to the White House, which contains the office of Chancellor Angela Merkel. I was given the invitation to join a private tour, so one wintry evening, I went there to enter the premises.

The tour was large, but was split into two groups, and we did see a lot. We saw several rooms inside, as well as some open and public spaces. 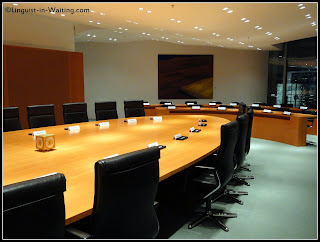 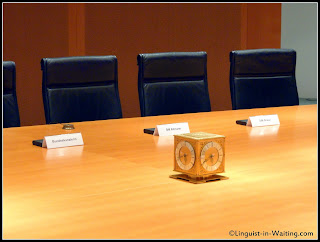 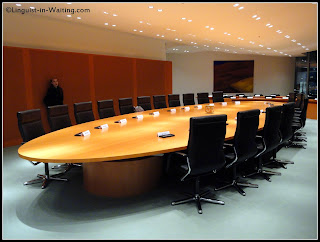 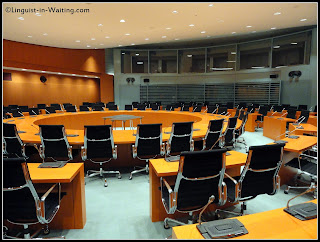 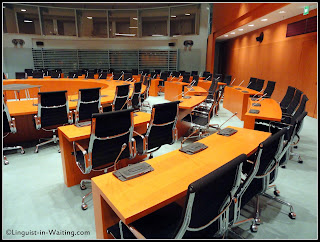 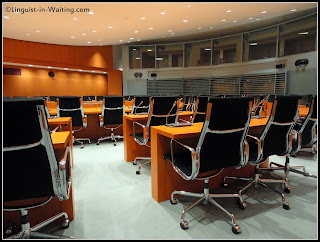 The pictures you see above show the meeting place of Chancellor Merkel as well as her Cabinet. Apparently, the table clock at the table is antique, dating back to the time of Chancellor Adenauer. It has four sides, so that everyone can see what time it is. We learned a lot about how Chancellor Merkel runs the Cabinet, as well as her system of assistants and security. The other room shown here shows a larger room that can hold larger meetings than the Cabinet Ministers. 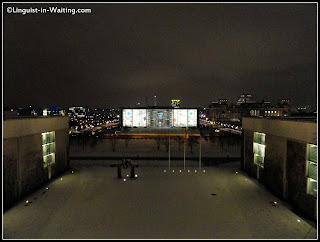 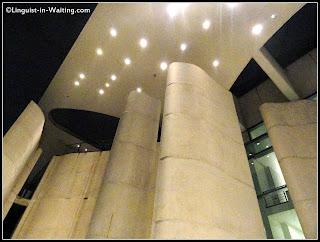 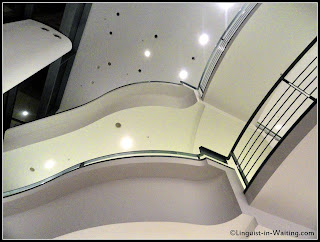 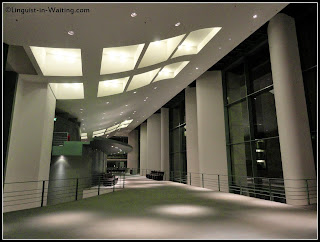 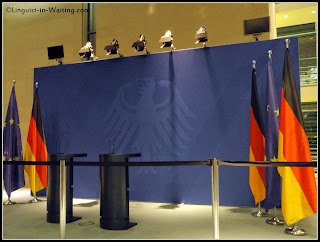 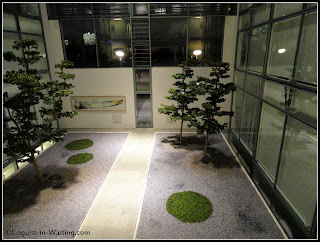 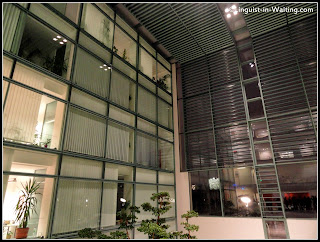 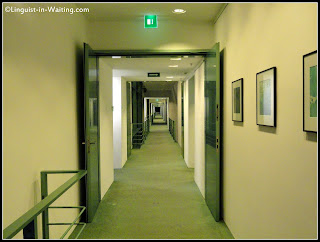 This building features very modern architectural design. Tall columns are a strong point, but at the same time, they don't look imposing. Because of the wavy lines, it actually reminds me of an airport. Some people don't like this actually, and therefore this building has been nicknamed as the Bundeswaschmaschine (Federal Washing Machine), due to its square frame yet round windows. 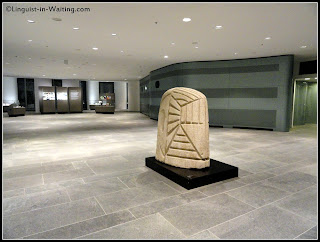 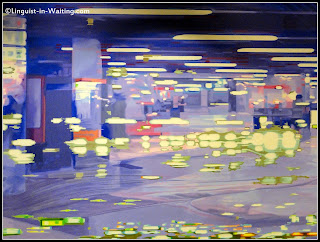 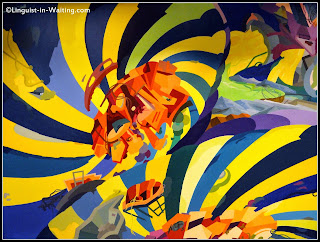 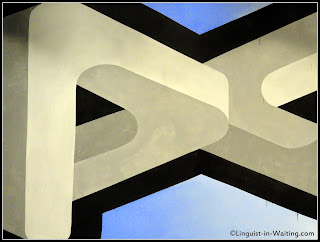 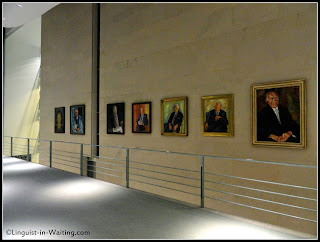 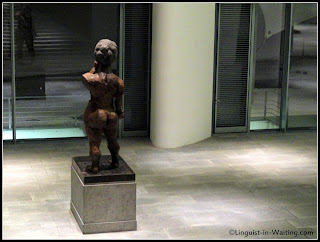 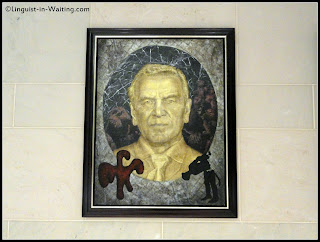 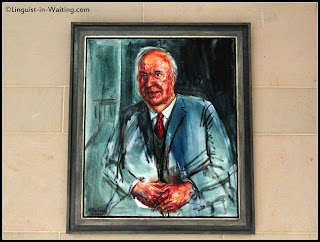 There's plenty of artwork in the building. I actually like the Gallery of Chancellors, as the paintings are not painted in the realist style, but more abstract and artistic. Large paintings adorn some of the walls, of which details are shown here.