Meandering in Malta: Rotunda of Mosta

One of the last things I saw in Malta was the Rotunda of Mosta. I always passed by this large dome of a church between Bugibba (where my hotel was located) and Valletta, hence the day before I flew back, I decided to stop by and check it out. It happens to be the third largest unsupported dome in Europe, and the fourth largest in the world.

The Rotunda of Mosta is formally known as the Church of the Assumption of Our Lady, but most people know it as the Rotunda of Mosta. It has a very large dome, and they say that divine intervention had a part in this church. In 1942, during the war, there was a bomb that landed on the church and pierced the dome. However, miraculously, as people say, it never exploded. A replica of the bomb is found inside, which of course, I also checked out. 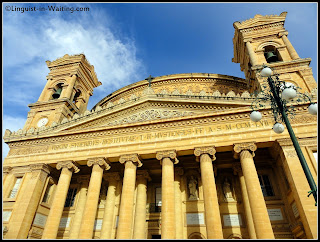 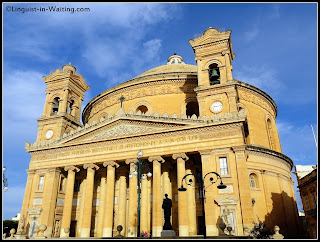 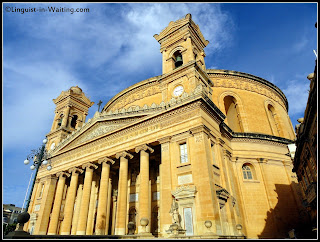 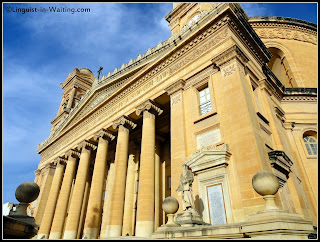 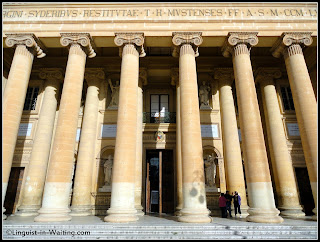 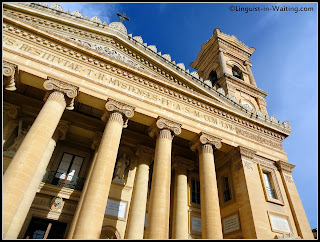 You can see from the pictures above that this church looks like it is very similar to yet another structure, and that is because it is modeled after the Pantheon in Rome. You see these columns lining up the facade, and when you pass through it, you get a round building. 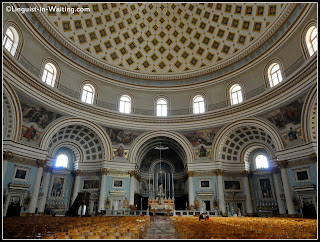 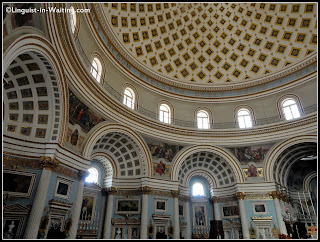 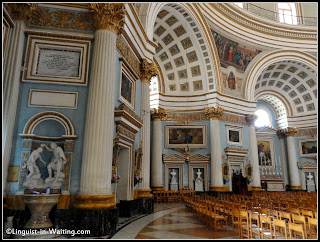 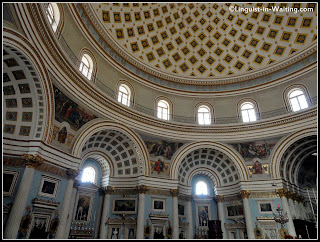 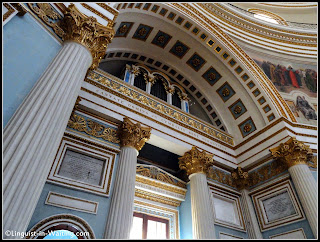 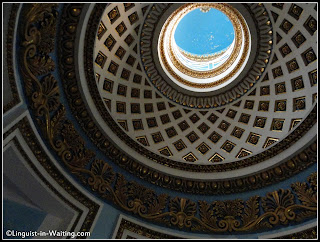 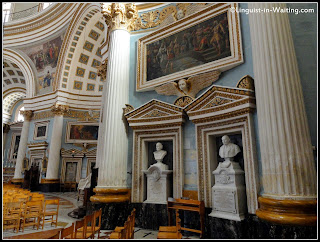 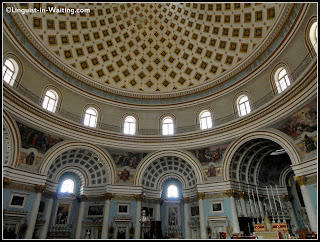 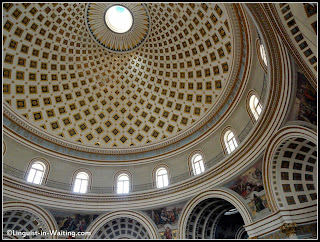 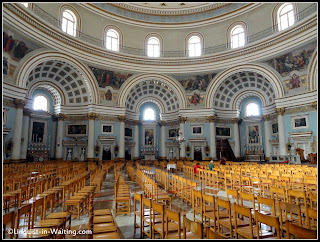 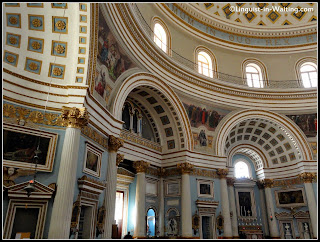 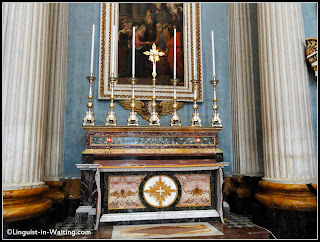 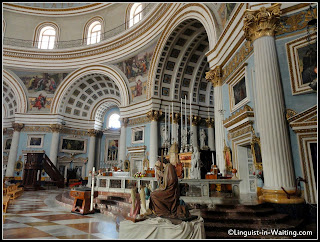 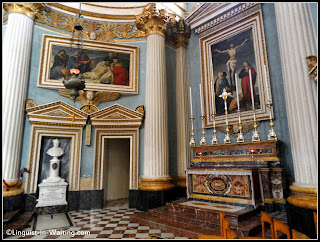 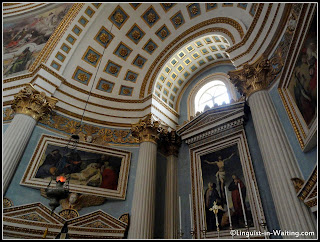 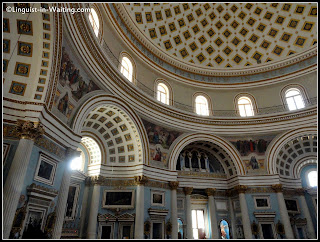 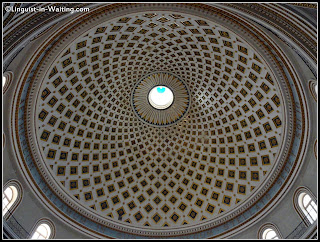 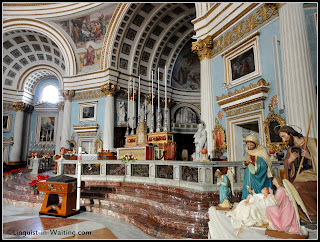 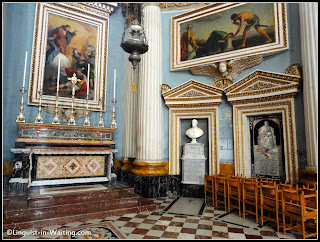 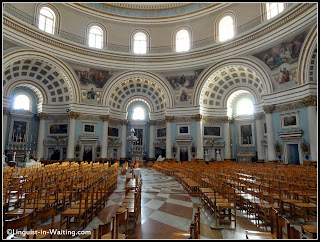 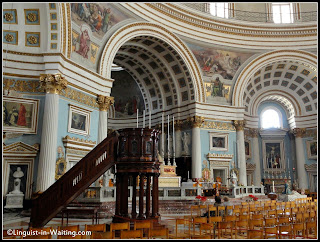 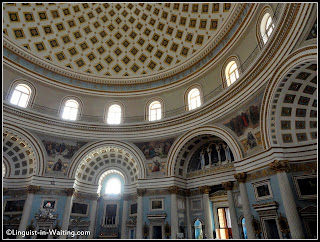 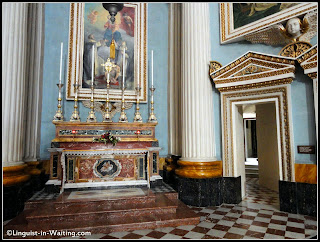 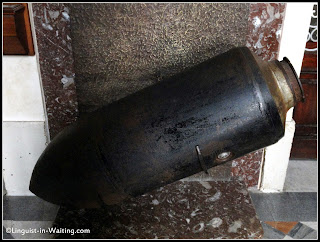 I liked the ceiling; it had this pattern that if you kept looking at it, it might as well produce some natural hallucinations. Or maybe that is because I was cutting off the blood flow from my head, because I was straining all the time and my neck was in a weird position. Admission to this church is free, though donations are always welcome. Please be silent, as people don't appreciate talking within the building.

There, that's my second to the last post about Malta. I still have one last set of photos to post, which shows where I went on my last day of sight-seeing in Malta. I saw quite a bit of things here, considering it was back in January, and it took me until July to finish this series.