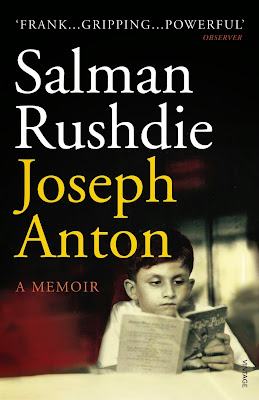 I am so glad I picked up this book. As I was reading it, it just filled me with hate and frustration sometimes, thinking that there are some sectors of our society who would rather choose fundamentalism, and by implication, they are more willing to kill other people, even those who live in countries outside their own, only in the name of the faith they happen to believe in.

Yes, that was the story of the life of Salman Rushdie, and this was his memoir, focusing on the years during which the Ayatollah of Iran issued a fatwa for his life. This fatwa was in reaction to his novel The Satanic Verses, which was deemed by most Muslims to be blasphemous, and therefore its author, as well as other people responsible for its publication, were sentenced to die.

Now why would that be shocking?

For me, cultural relativism has never been absolute. I never understood these ethical concerns regarding "offending" certain religious groups. Because seriously, no human idea should be immune to criticism. No human thought should be protected from inquiry. And that includes religion as well.

See, one of the things that really amazed me is that there are people who think that there are certain sets of beliefs that are untouchable. That there are certain topics that shouldn't be discussed, or that they shouldn't be the topic of novels. Why is that? If religion really is a taboo topic, does that mean that God (assuming he exists) cannot protect himself from human criticism? Does it mean that God really needs the help of human believers to protect God from investigatory criticism?

I've always liked Salman Rushdie as an author. The Verses was the first book of his that I read, back in 2009. And after that, I have picked up a couple of other books. And after reading this, I just have nothing but respect to the novelist, who was forced to live a decade under hiding, since one religious authority issued his death sentence, and lots of fundamentalist people who didn't even try to use their brain decided that they are on the right path if they kill Salman Rushdie. I am pretty sure that they thought they would go straight to heaven if they succeeded in killing him.

This is one of the big reasons why I hate religion. Because religion naturally clashes with logical thought. Because in religion, there is no room for argumentation and logical reasoning. Because all of religion pretty much holds because of blind thoughtless belief. Faith, in other words. Because people can be easily swayed by imams and mullahs and priests who would say that they know how to interpret the book, that they know how God thinks, and therefore if God thinks that Salman Rushdie must die, they must do everything in their power to kill him.

Overall, I am glad that I picked up this book. Of all the books written by Rushdie, this book is the one that feels like it wasn't written by him. It's not fiction, after all. There isn't magical realism. Everything was real, happening from the time the fatwa was issued, to the time his threat level was downgraded. Yet there is a huge part of me that wished that these events were fictitious, because as it is not, sometimes I am afraid that Rushdie isn't the last person to be issued a fatwa. There are still plenty of fundamentalists around the world, both in Islam as well as in Christianity. Religions influence is still strong, and I am afraid that there are plenty of other victims who will suffer under the hands of the religious atrocities committed by various groups around the world. All in the name of God.

I am giving this book 5 out of 5 stars. This is definitely a book that is worth reading, especially if you favor freedom of speech.