Cavorting with the Companion: Palazzo d'Accursio

The first thing we saw in Bologna was the Palazzo d'Accursio. Well, actually, when we arrived, it was late afternoon, and so all we did was get to our apartment and then find a place to eat. However, later during the weekend, we explored the city, and a perfect place to start our exploration was the Piazza Maggiore. On this piazza, there were several interesting features, including the Neptune Fountain, as well as the first palace we explored, the Palazzo d'Accursio.

The Palazzo d'Accursio was actually Bologna's town hall until a few years ago. Nowadays, it functions as a museum. There are several rooms that are open for the public, as well as large halls that still bear the evidence of it being a place for public functions. 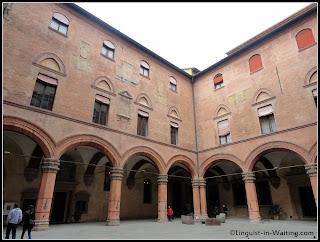 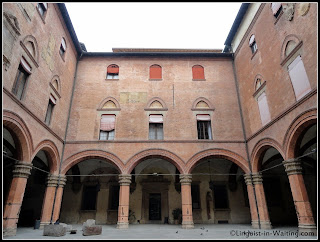 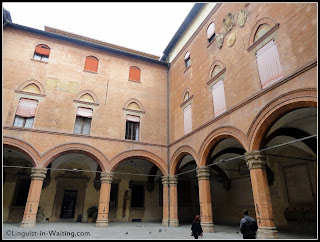 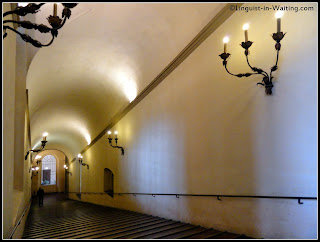 This is what the courtyard looks like. Bologna isn't the most ornate city, but it definitely packs a punch. I loved the food, as well as the covered courtyards and sidewalks. This is the courtyard of the palace, which is also where the actual entrance is located. 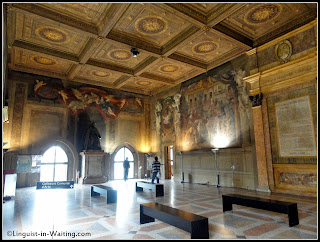 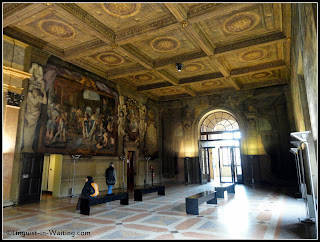 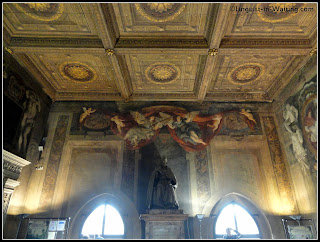 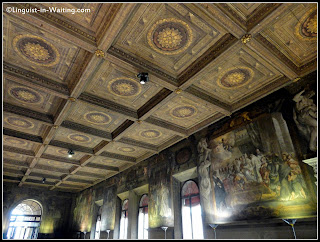 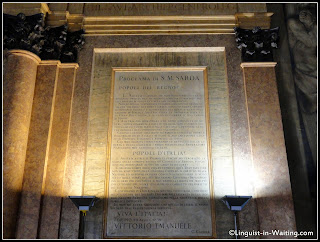 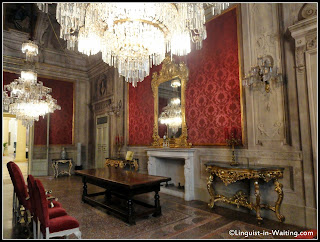 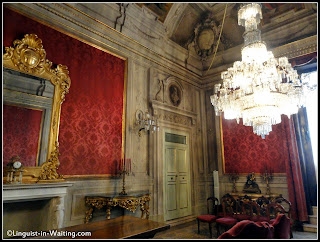 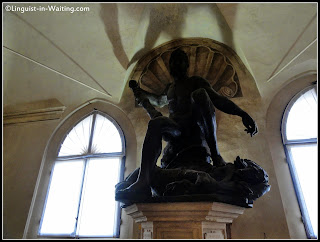 When we got there, there was actually a concert happening on the upper floor. We arrived in the middle of it, so we opted not to enter and listen. Instead, we stayed at the foyer area, and admired the interesting ceiling pattern. 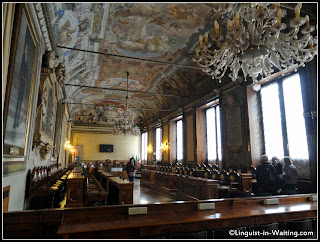 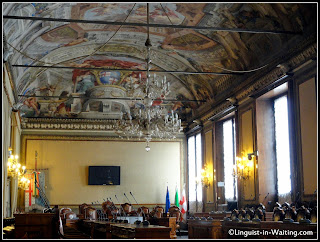 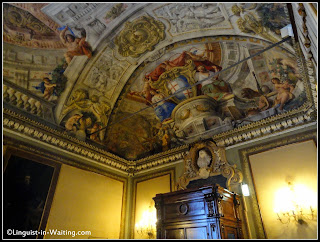 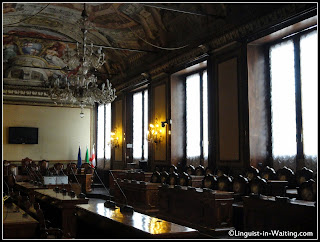 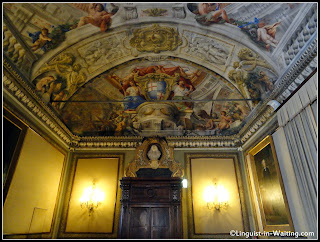 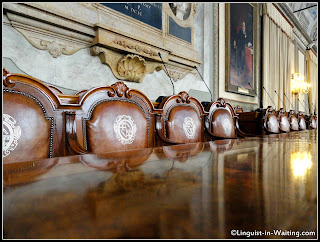 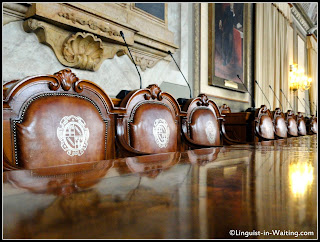 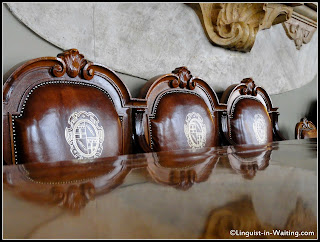 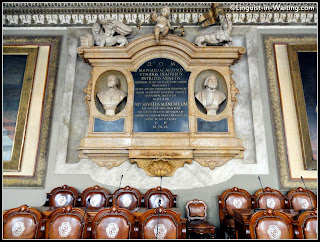 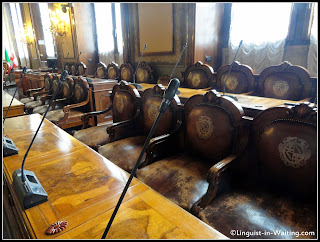 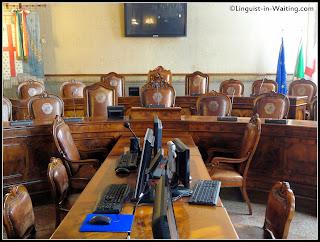 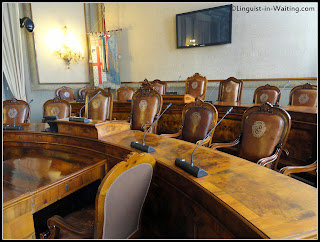 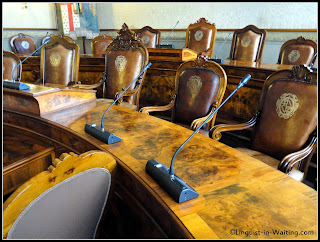 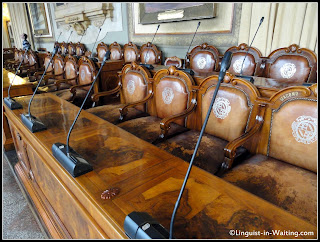 There were several open rooms to visit, but perhaps the most impressive was the rooms where the officials of the city meet. I loved the leather chairs. I also like the fact that even though the place looks very traditional, there are modern amenities, including computers and speakers.

So, this was the first thing we saw in Bologna. There are plenty of others, so just stay tuned for further updates!