Cavorting with the Companion: Rimini Beachfront

After spending the morning and half of the afternoon in San Marino, we went to Rimini, which was where our train connection was. Rimini is popular as a beach destination, but since it was still March, the beach scene was pretty much dead. Regardless, we opted to head to the beach and check it out. 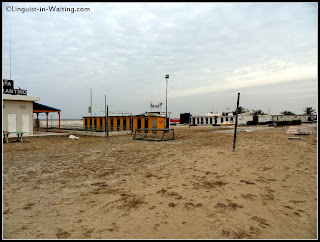 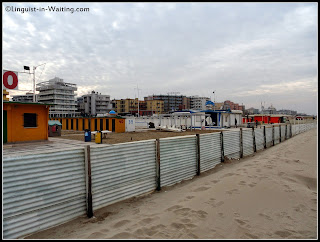 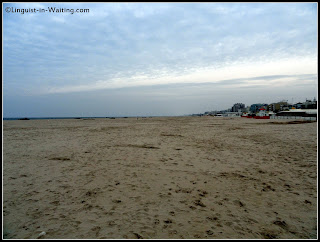 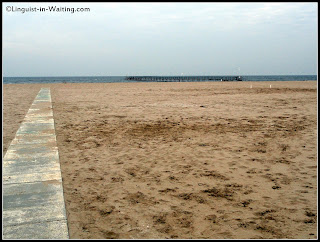 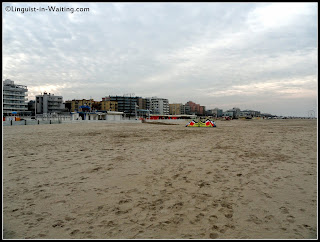 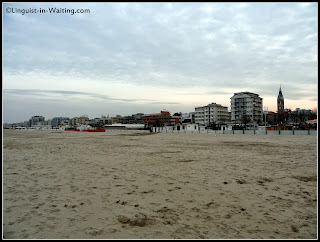 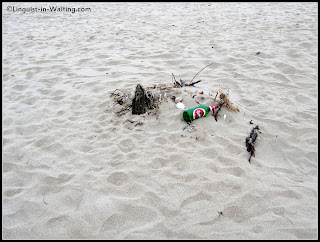 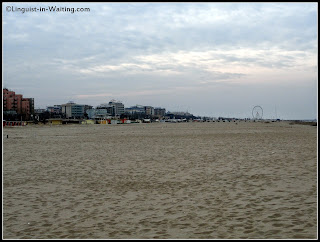 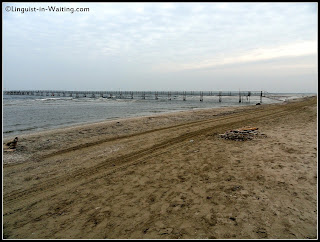 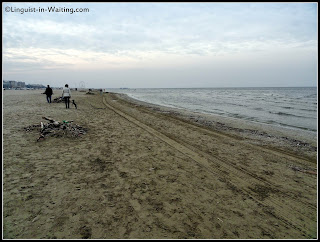 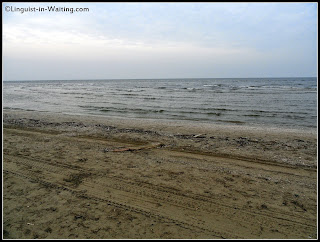 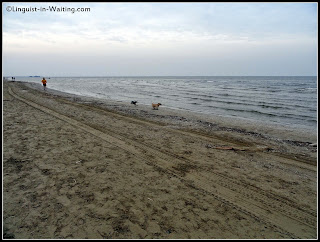 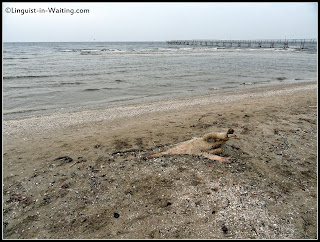 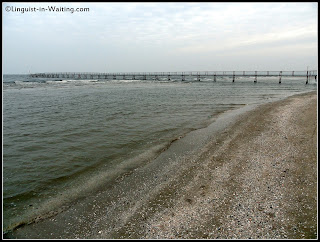 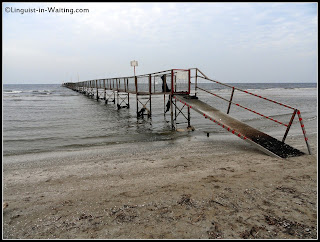 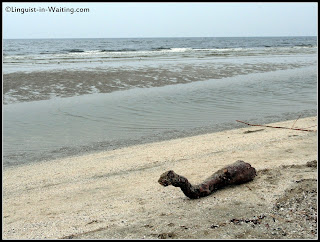 When we were there, the weather was a little cloudy. It definitely wasn't clear enough to even attempt looking across the Adriatic Sea and see if I can see Croatia. The beach chairs were still folded, the showers were turned off, and overall the place looked deserted. There were a few runners, a few people walking and running their dog, but for the most part, it was sleepy. I could only imagine what it would look like when the summer season is in full swing.

The other thing we were surprised at was the immense tourist infrastructure that was catered to Russian tourists. There were travel agencies all over the city that advertised flights to Russia. Shops had Russian signage and restaurants had Russian menus. It definitely felt like a Russian enclave. And sure enough, a few months later, I had a Couchsurfing guest from Moldova who lives in Russia, and when we told him this one, he said that in Russia, Rimini is definitely a very popular beach destination. The hype about Rimini is so huge, so every Russia pretty much wants to go there. I suppose that explains it.

Anyway, that's the extent of my photos taken from this part of Italy. My next travelogue will feature yet a different part of the country, so stay tuned.