Cavorting with the Companion: Livorno

The last thing we saw in Italy before leaving was the port city of Livorno. This city is a short train ride from Pisa, barely half an hour away, and so it was an easy day trip.

Livorno is unlike any other Tuscan city or town that we have been to. It has a different vibe and atmosphere, and it is less Renaissance and more 1970s. It doesn't have narrow streets paved with cobblestones. Rather, it has wide boulevards lined with leafy trees, and you would almost expect a large American convertible car from the 1960s to roar along.

There were a few sights here, but instead of fully exploring them, we simply cursorily checked them out. We didn't enter any museum, and instead, the only place we explored was the Fortezza Nuova, a fortification by the sea, which is now surrounded by sailboats and other maritime vehicles. We also checked out the main market of the town, but found it a little unappealing.

What we found appealing, however, was the seafood. We went to a seafood osteria for lunch, and both of us ordered Cacciucco alla Livornese. This is a seafood stew that is typical of the region, and it contains ten thousand different varieties of fish and shellfish, perfectly cooked in a tomato-based broth. We were given protective bibs when we were eating. Oh, that was perhaps the most amazing dish I have had for lunch. Check it out if you have the chance. After that, we just walked our way around the city to reduce the food coma that we had. 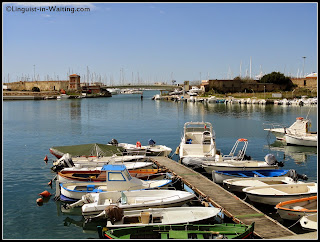 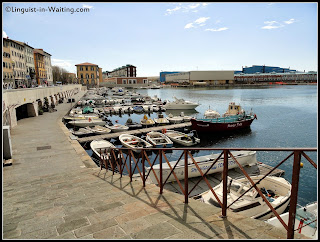 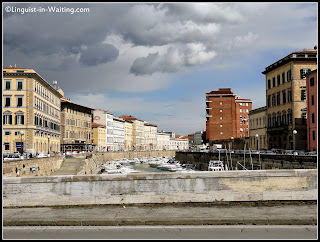 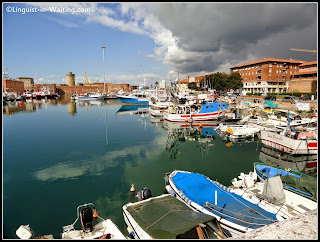 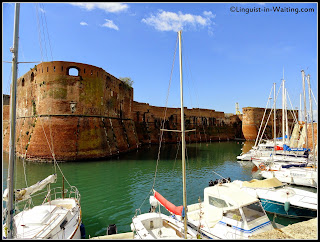 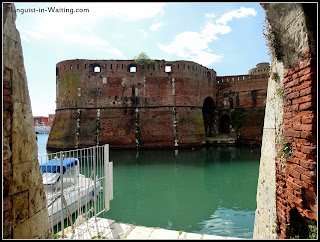 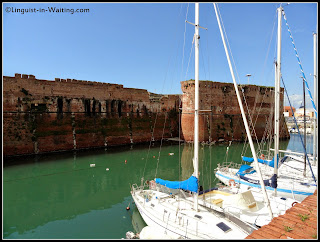 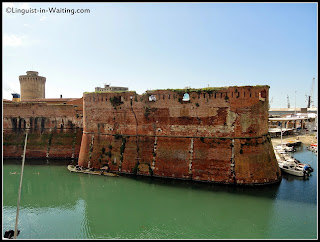 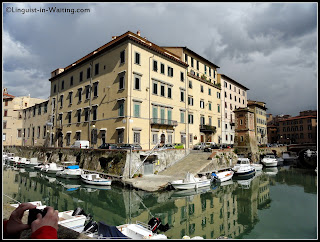 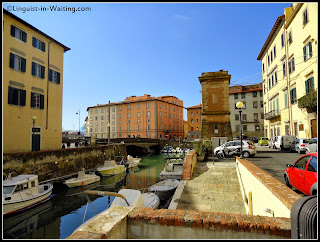 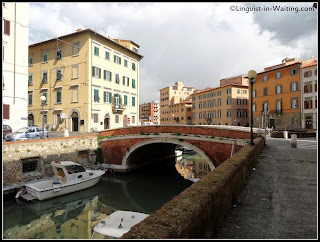 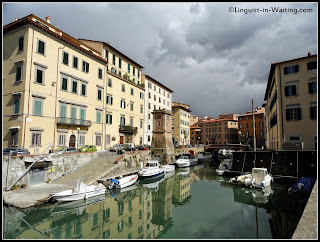 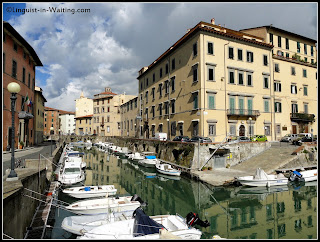 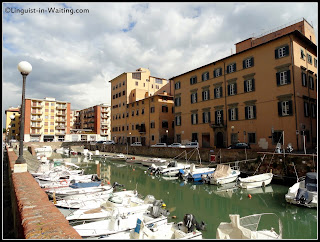 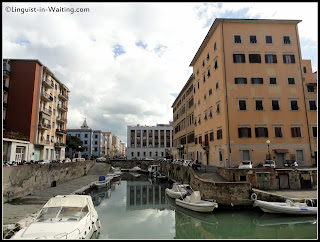 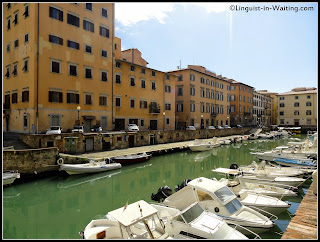 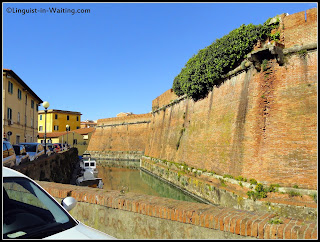 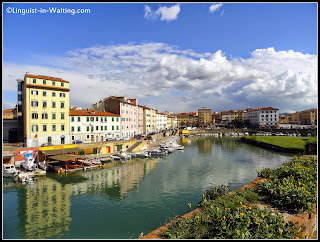 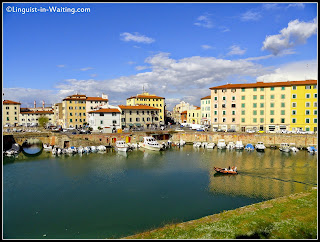 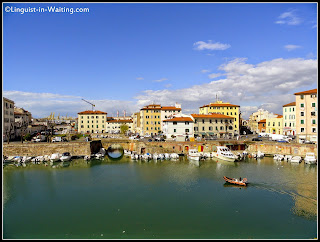 The above are just a collection of the scenes that we saw while we were there. You can see the Fortezza Nuova, as well as the sea.

Livorno was the last city we checked out in Tuscany, which amply provided a nice culinary conclusion to our 11-day Tuscan experience. Our AirBnb host asked us how we found Livorno, and we couldn't stop raving about the food. I agree that the sights are a little bare, but the food is definitely something amazing. After this, we returned to Pisa, and the next day, we flew out heading to London. So the last couple of entries from this trip will be from the British capital.